Yogurts with more sugar than a candy bar 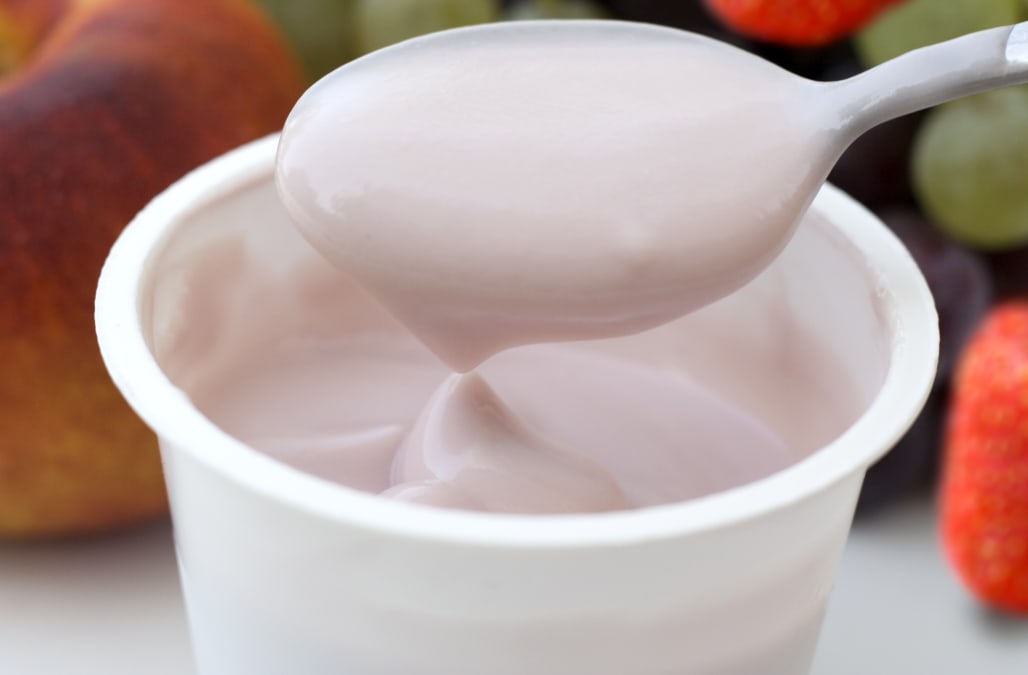 The start of the new year often brings with it many people's resolve to practice healthier habits. Gyms get busier, fitness trackers start appearing on more and more wrists, and supermarkets start running out of kale.

Though there are some universally-accepted truths when it comes to health -- don't smoke, get active, eat more produce -- when it comes to proper nutrition, experts and scientists alike still haven't come to a perfect consensus. Diet fads come and go, preaching the effectiveness of juicing or of eating some new gluten-free grain.

One particular fad on the rise recently is yogurt. Once a modest vehicle for granola, yogurt (specifically Greek) has skyrocketed into notoriety for its probiotic and protein benefits. It now pops up in smoothies and on brunch menus, and in all colors, sizes and flavors at the store. But while many yogurt brands boast healthy ingredients, far more are packed with sugar and unhealthy additives. HealthGrove, a nutrition data site by Graphiq, found the most popular yogurts with more sugar than a regular-sized Snickers bar (20g).

Take a peek at the yogurts below (from least to most sugar):

Yogurts with more sugar than a candy bar

Using data from the ESHA nutrition database, the experts at HealthGrove ranked these snacks by their sugar content per serving. All of the yogurts on this list are individual serving sizes (between 150g and 230g). Only yogurt brands sold in grocery stores were included, so a yogurt cup from Starbucks, for example, wasn't considered. Additionally, only one flavor -- the one with the most sugar -- and one type of yogurt (soy, Greek, etc.) from each brand were selected.

Nearing the front of the pack is Trader Joe's Vanilla Soy Yogurt, a non-dairy alternative that may save those who are lactose intolerant a stomach ache, but cause a sugar rush instead with 25g of sugar. Its zero percent fat may seem attractive, but when keeping in mind that nutrition experts tend to recommend eating between 24 and 36 total grams of added sugar per day, it takes care of most of a daily allotment. The yogurt that clocks into 3rd, Nancy's Dairy Lowfat Raspberry Yogurt, also boasts a lowfat promise, but is packed with 28g of sugar per serving (226g).

The yogurts that top the rest both come from nationally-known brands, Darigold and FAGE, but come with a whopping 29g of sugar -- the equivalent of a Snickers bar and half. Darigold Vanilla Yogurt and FAGE Total Honey Split Cup both hover around 200 to 210 calories for their 227g and 150g serving sizes, respectively.