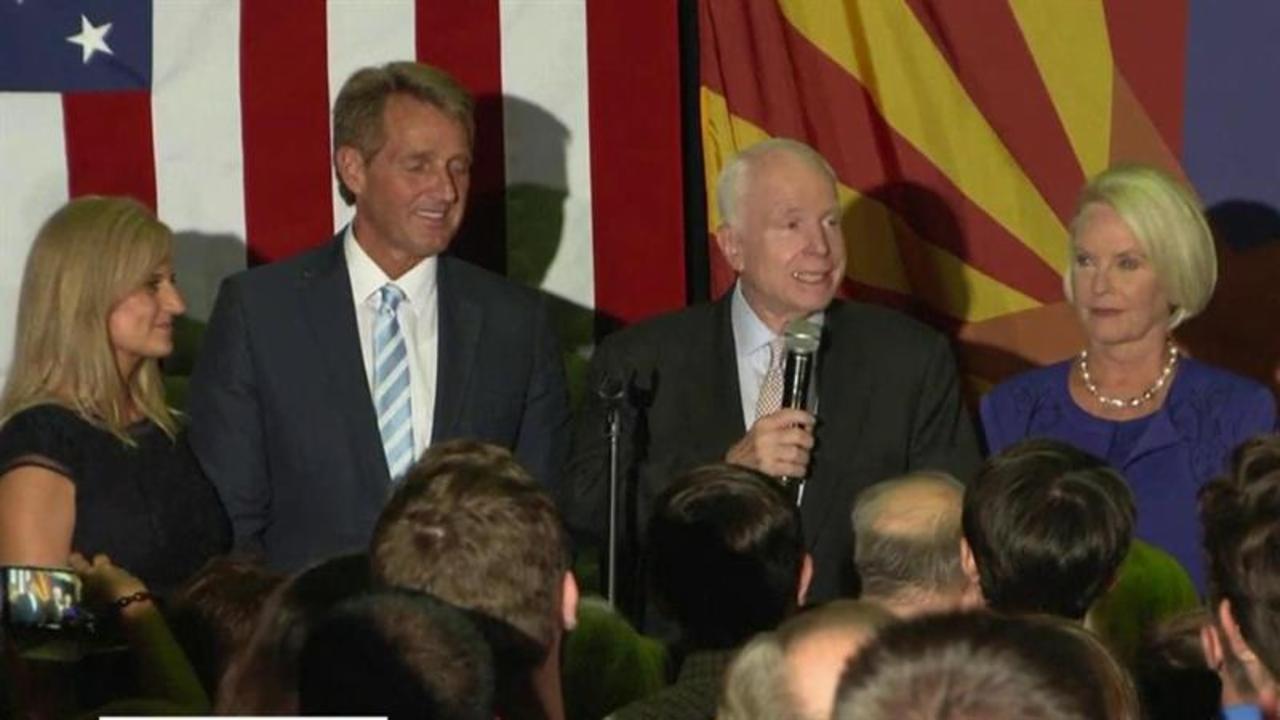 Three high-profile incumbents trying to hold on to their jobs in Tuesday's primaries have done so despite facing tough opposition.

While favored to win, the establishment officials faced stiffer-than-usual challenges as the bitter and unpredictable presidential race enters its final post-Labor Day push.

McCain, who was first elected senator in 1986 and served as his party's presidential nominee in 2008, edged out tea party conservative challenger Kelli Ward and two other Republicans on the ballot. But the Vietnam War veteran had to deal with a tough fight in a contest highlighting his often uncomfortable relationship with Republican standard-bearer Donald Trump.

Last year, Trump suggested that McCain's accolades as a war hero were overblown, and earlier this month, Trump refused to endorse McCain, accusing him of failing to do "a good job" for veterans. He later reversed his decision in favor of backing McCain.

The Arizona senator must now steel himself for a general election race against Democratic Rep. Ann Kirkpatrick while sharing the ballot with a nominee whose approval ratings with minority voters have sunk to historic lows. In 2012, non-white voters made up 28 percent of Arizona's electorate. 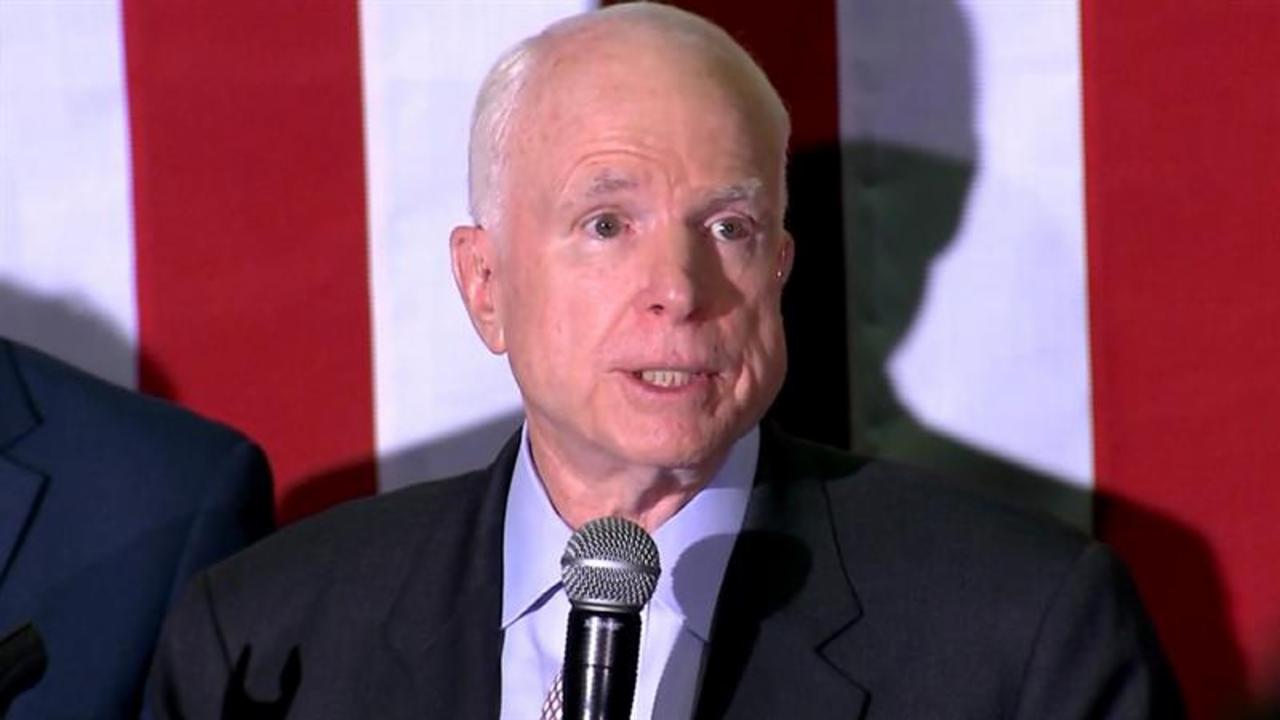 In an interview with NBC News this week, McCain dismissed the idea that he must separate himself from Trump, whom he has endorsed. "It's the people of Arizona who know me," he said. "I have 100 percent name ID, they all know me very well, I've been here for many years. So I don't think their judgment is affected by anything but what they view of me, how they view me."

In Florida, Rubio easily prevailed Tuesday night over a challenge from anti-establishment millionaire candidate Carlos Beruff, according to projections by the Associated Press. Rubio won despite taking criticism for reversing his pledge during the Republican presidential primary not to seek re-election after his White House bid.

Rubio will face Patrick Murphy, the winner of the Democratic Senate primary, for one of November's most closely-watched downballot races. (Murphy, a Democratic Party favorite, squared off Tuesday night against liberal firebrand Alan Grayson, whose political fortunes sputtered after allegations of domestic abuse.)

Wasserman Schultz, the former leader of the Democratic National Committee, also hung on after a primary challenge Tuesday. Wasserman Schultz was forced to step down from the helm of the DNC in July amid allegations that she and other Democratic officials had worked to thwart the primary hopes of presidential candidate Bernie Sanders. 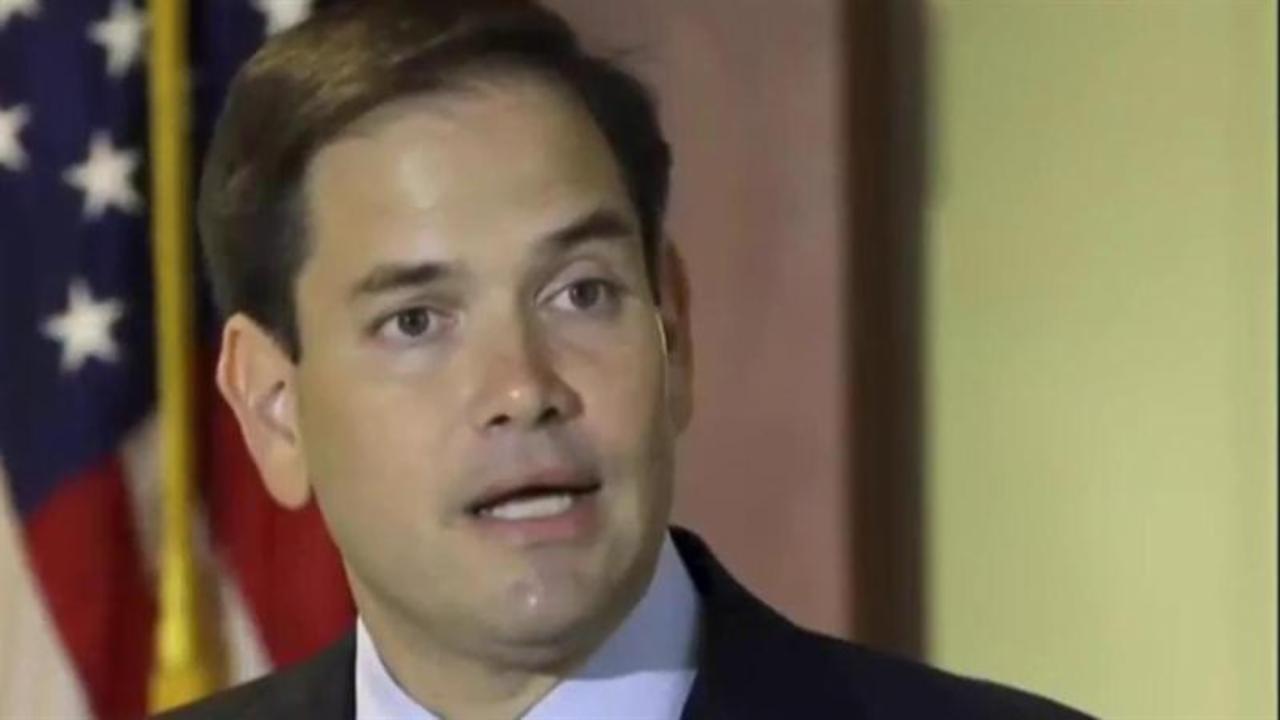