What we know so far about Earth's new twin 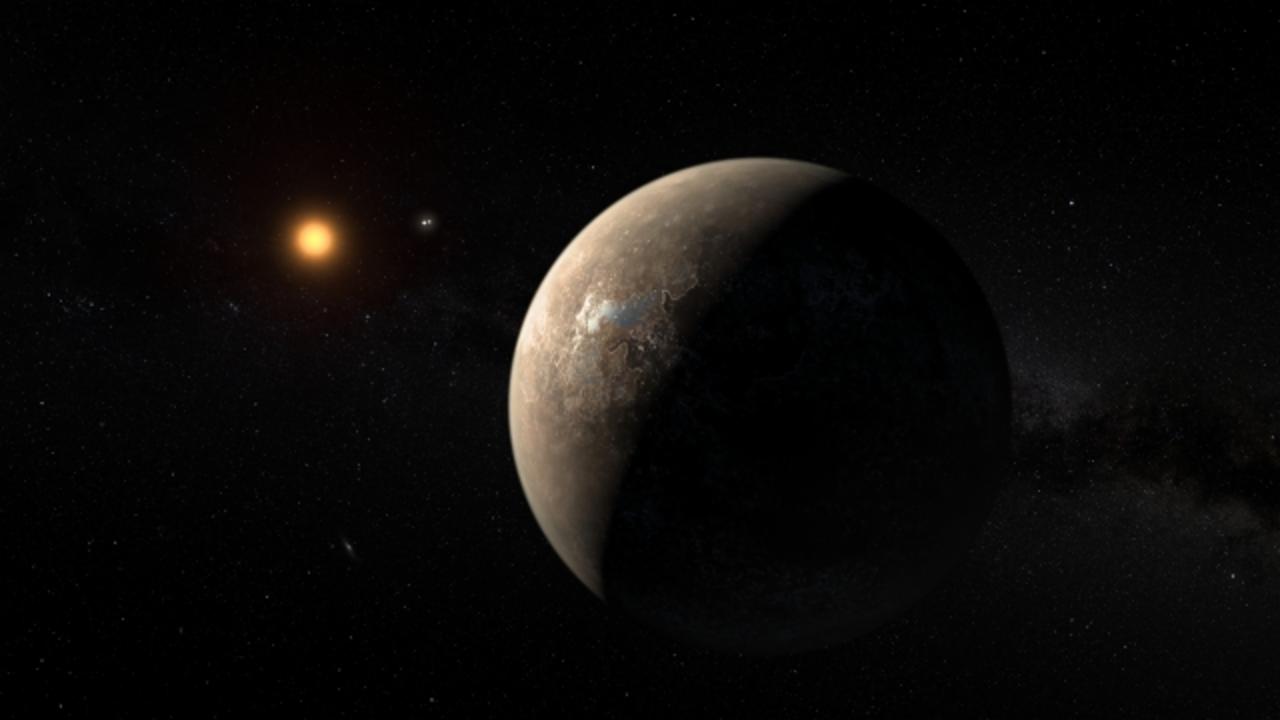 A new planet has been discovered that may be Earth-like, and it's really, really close. If we're ever going to look for life outside our solar system, this is probably where we'll start. Here's what scientists say about it.

The planet might have liquid water, which is crucial to life as we know it. It's in the habitable zone, that sweet spot where it's not too hot nor too cold to have water on its surface.

The planet orbits the closest-known star to ours, Proxima Centauri, which is about 4.25 light years away. It's in the southern sky, but it's too dim to see with the naked eye.

29 PHOTOS
Discoveries about Mars, including signs of water
See Gallery

Discoveries about Mars, including signs of water

This Jan. 19, 2016, self-portrait of NASA's Curiosity Mars rover shows the vehicle at "Namib Dune," where the rover's activities included scuffing into the dune with a wheel and scooping samples of sand for laboratory analysis.

The dark, narrow streaks flowing downhill on Mars at sites such as this portion of Horowitz Crater are inferred to be formed by seasonal flow of water on modern-day Mars. The streaks are roughly the length of a football field.

These dark features on the slopes are called "recurring slope lineae" or RSL. Planetary scientists using observations with the Compact Reconnaissance Imaging Spectrometer on the same orbiter detected hydrated salts on these slopes at Horowitz Crater, corroborating the hypothesis that the streaks are formed by briny liquid water. (Photo by NASA/JPL-Caltech/Univ. of Arizona)

Recurring slope lineae (RSL) are active flows on warm Martian slopes that might be caused by seeping water. One of the most active sites known on Mars is in the central peaks (uplifted mountains of deep bedrock) of Hale Crater.

This image shows RSL extending downhill from bedrock cliffs, mostly towards the northwest (upper left). This image was acquired in middle summer when RSL are most active in the southern mid latitudes.

The RSL in Hale have an unusually "reddish" color compared to most RSL, perhaps due to oxidized iron compounds, like rust. Since HiRISE color is shifted to infra-red wavelengths, they are actually especially bright the near-infrared just beyond the range of human vision.

(Photo by NASA/JPL-Caltech/University of Arizona)
This low-angle self-portrait of NASA's Curiosity Mars rover shows the vehicle above the "Buckskin" rock target, where the mission collected its seventh drilled sample. (Photo via NASA)
The HiRISE camera aboard NASA's Mars Reconnaissance Orbiter acquired this closeup image of a "fresh" (on a geological scale, though quite old on a human scale) impact crater in the Sirenum Fossae region of Mars on March 30, 2015. This impact crater appears relatively recent as it has a sharp rim and well-preserved ejecta. (Photo by NASA)
Seasonal frost commonly forms at middle and high latitudes on Mars, much like winter snow on Earth. However, on Mars most frost is carbon dioxide (dry ice) rather than water ice. This frost appears to cause surface activity, including flows in gullies. (Photo via NASA)

Four light years is nothing in space terms, but it's still too far to travel to any time soon. Our most pie-in-the-sky technology would still take decades to carry a probe there.

If we do ever travel there, it should feel somewhat familiar. The planet is about the same size as Earth, meaning gravity would be close to what we're used to. But its days and nights would be strange. It circles its sun every 11 days.

SEE MORE: The Deep-Space Engines That Could One Day Take Us Past Mars

It's tempting to get excited about an Earth-like planet that couldn't be any closer, but there are some big unknowns. It's not clear yet whether the planet has an atmosphere or a magnetic field. Without those, the odds of finding life are pretty much zero.

Luckily, we don't have to wait too long to learn more. NASA's James Webb Space Telescope is set to launch in 2018, and it will be able to look for an atmosphere. And Stephen Hawking is supporting a plan to send a probe to nearby Alpha Centauri.

More from Newsy:
The First Star-Visiting Probe Will Need Some Ambitious Engineering
Did The Clinton Campaign Throw Powell Under The Bus? He Thinks So
What We Know So Far About Earth's New Twin