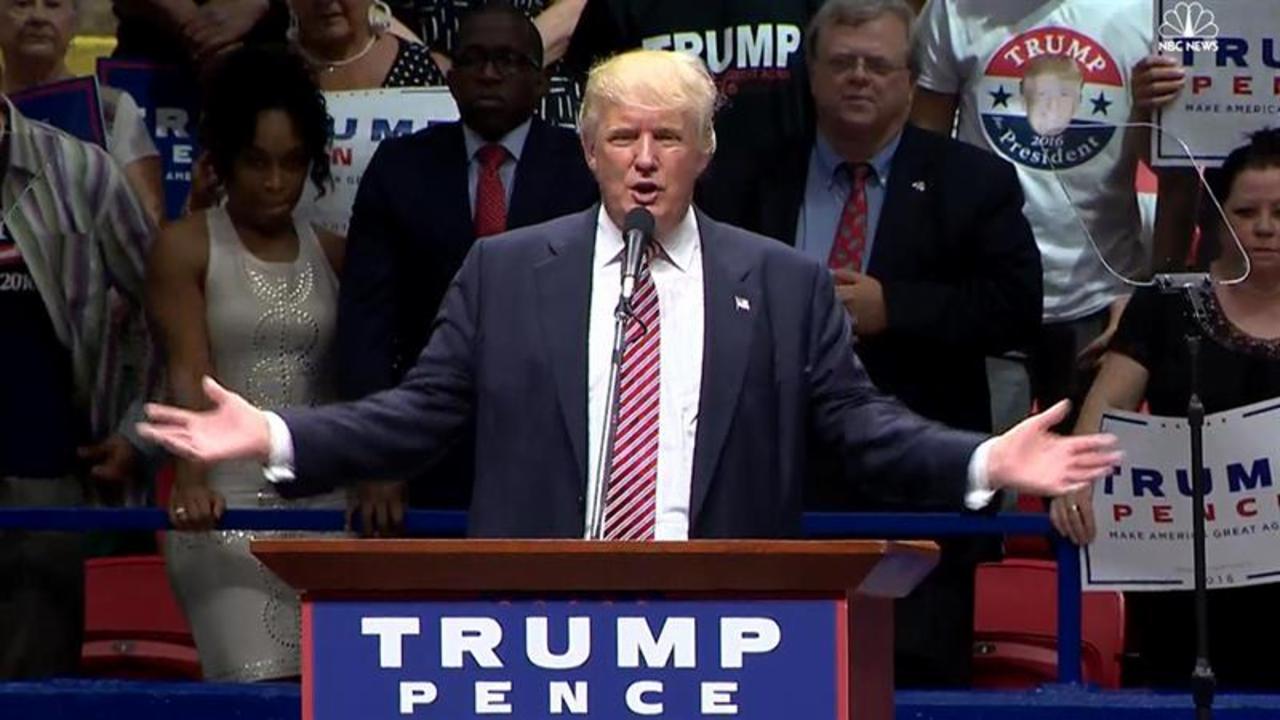 AUSTIN, Texas — Donald Trump ratcheted up his attacks on the Clinton Foundation at a rally Tuesday night, claiming she and former President Bill Clinton set up a "business to profit from public office."

"It is impossible to figure out where the Clinton Foundation ends and the State Department begins," Trump said at a rally in Austin. "It is now abundantly clear that the Clinton's set up a business to profit from public office. They sold access and specific actions by and really for I guess the making of large amounts of money."

A trove of emails from Clinton's time as secretary of state released Monday revealed how donors to the Clinton Foundation sought, and sometimes received, access to Clinton and her aides at the State Department.

The State Department disputed that the emails are evidence of impropriety.

"Individuals, including those who have donated to political campaigns, non-profits, or foundations — including the Clinton Foundation — may contact or have meetings with officials in the administration," State Department spokesman Mark Toner told reporters Tuesday. "A wide range of outside individuals and organizations contact the State Department. Meeting requests, recommendations, and proposals come to the Department through a variety of channels both formal and informal."

Trump cited no evidence of any quid-pro-quo between the foundation's donors and Clinton's State Department Tuesday night, but still described Clinton as having been "bought and sold" and characterized the foundation as "a threat to the foundation of Democracy."

"Our laws and our country is being jeopardized," Trump said. "America can never elect a candidate who, like Hillary Clinton, did government favors for those giving her family and her foundation massive amounts of cash."

RELATED: Donald Trump and Mike Pence on the campaign trail sine the RNC

Trump pointed to two new reports concerning then-Secretary of State Clinton and her staff's interactions with the Clinton Foundation and its donors as further evidence of "corruption." One report by Fox News revealed that then-Clinton Chief of Staff Cheryl Mills received a high volume of voicemail messages from the Clinton Foundation chief operating officer.

A second report from the Associated Press indicated that more than half of the private interests who met with Clinton during her time leading the department were donors to the Clinton Foundation.

Clinton's presidential campaign vigorously pushed back in a statement Tuesday night, objecting to the Associated Press story's conclusions and methodology.

"The data does not account for more than half of her tenure as secretary. And it omits more than 1,700 meetings she took with world leaders, let alone countless others she took with other U.S government officials, while serving as secretary of state," Clinton campaign spokesman Brian Fallon said in the statement.

Still, Trump said the latest emails were just the "tip of the iceberg," and charged that Clinton "lied" in a number of instances about her emails to "cover up her crimes."

Trump stuck to script on Tuesday night, reading his speech from a teleprompter and focusing on Clinton in a continued attempt at a more disciplined campaign, which began last week at the same time former campaign chairman Paul Manafort resigned.

Trump notably avoided elaborating on his current immigration policy, which has become a fresh challenge for him in recent days. Trump appeared to soften his stance on his signature issue in a number of interviews.

RELATED: Trump appears to have given a hefty donating to his opponents foundation


In August, Trump told Meet the Press' Chuck Todd that as president he would deport undocumented immigrants. But this week, Trump's campaigncharacterized his hardline immigration policy as "to be determined."

In Austin Tuesday night, he only reiterated his call for a border wall and greater enforcement of existing immigration laws.

More from NBC News:
Trump calls for special prosecutor to probe Clinton Foundation's influence
Team Trump is trying to change the subject back to Hillary Clinton
First Read: Why It's So Hard for Trump to Retreat on Immigration