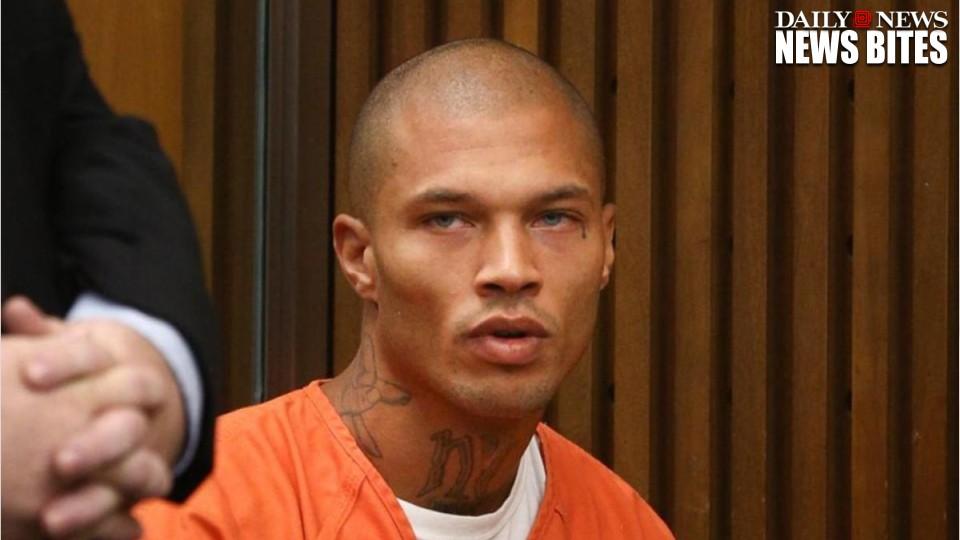 Judging from his Instagram, it seems that Jeremy Meeks, a.k.a., "Hot Felon," is doing pretty well these days.

After making the public swoon over his striking mugshot in 2014, Meeks eventually signed a modeling contract. Things started off slowly enough, though, with the release of his first professional headshot this summer.

Now, just two weeks into August and Meeks is apparently making those all-important connections in the fashion world. His latest Instagram photo shows him posing alongside Anwar Hadid, the younger brother of Gigi and Bella Hadid. At 16, Anwar Hadid is half the age of Meeks, but he's already landed a magazine cover and is certainly taking cues from his older sisters on how to run that whole modeling life.

No word on whether Meeks' photo is a preview from an upcoming photo shoot but if he's hanging with the Hadids, "Hot Felon" might be getting closer to high fashion sooner rather than later.

Jeremy Meeks aka 'Sexy Felon' is ready to model
#chillin #poolside
I'm so excited to make a new start. Thank you god and the people that believe in me #summer16
Best part of waking up
Looking forward to my time on the lake with my kids
Every Friday until Jeremy's release, White Cross Management is going to be taking your questions for the #hotcriminal himself. You can comment here or tweet using the hashtag #FelonCrushFriday. Give the @jmeeksofficial Twitter a follow for more updates!
Looking forward to reuniting with my family. Counting down the days. #6days #spreadtheword
Bout to start this countdown!
We are officially verified! Follow for exclusive updates. #FelonCrushFriday
Up Next

More from AOL.com:
Selena Gomez shows off her impressive salsa skills despite being sick
Justin Theroux gets cryptic tattoo following 45th birthday and 1-year wedding anniversary
Jerry Seinfeld reveals the joke he wrote for Obama, plans to bring 'Comedians in Cars' to TV