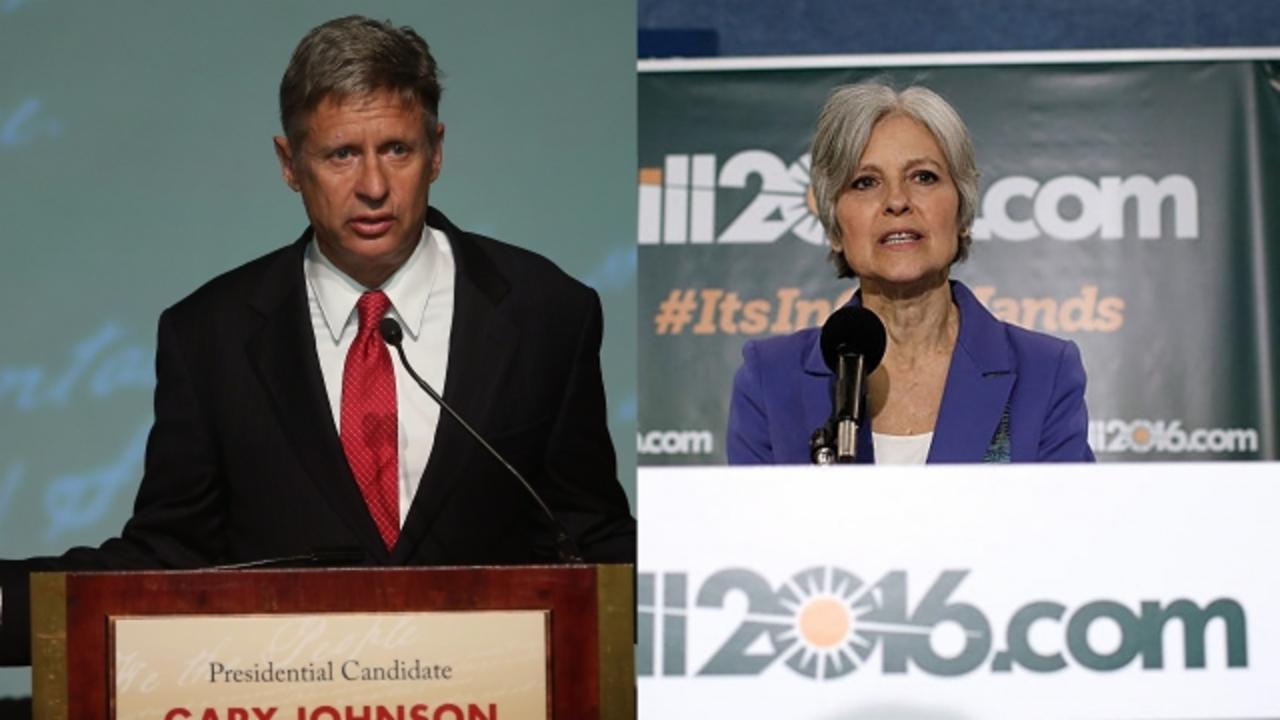 The nonpartisan Commission on Presidential Debates has released the list of polls that it will use to choose which presidential candidates make it to the debate stage. And as expected, it's all bad news for the major third-party candidates.

SEE MORE: The Case For (And Against) Voting Third Party

The commission will determine who takes the debate stage by averaging the candidate's support in five polls: ABC-Washington Post, CBS-New York Times, CNN-Opinion Research Corporation, Fox News and NBC-Wall Street Journal. If a candidate gets more than a 15 percent average in those polls, they earn a spot on the debate stage.

Gary Johnson through the years

Of the five polls the commission has picked, Green Party nominee Jill Stein's name appears on just two — The Washington Post-ABC News poll and the NBC News-Wall Street Journal Poll. She's polling at around 5 percent in both of those surveys.

Things look a bit better for Libertarian Party nominee Gary Johnson: His name shows up in four of the five selected polls, and he's hitting up to 12 percent in some of them. But that's still below the 15 percent bar set by the commission to get on the debate stage.

Both candidates are understandably steamed about the situation.

"No way that if you're running for president and you're not in the presidential debates — 100 million people watching the debates — there's no way that you could win," Johnson told Newsy.

And Stein told Newsy: "The public is basically flying blind here, clamoring for something else. They need to know what their other options are."

SEE MORE: Is Voting Third Party A Waste Of Your Vote?

But at this point, there's not much they can do to change things. A last-ditch lawsuit against the commission by both parties was thrown out by a judge earlier this month.

And time's running out: The first presidential debate is scheduled for Sept. 26. But the commission reportedly has made arrangements for a third podium in case Johnson clears the 15 percent hurdle in the next few weeks.