'Watergate 2.0!' what lawmakers are saying about leak of their cellphone numbers 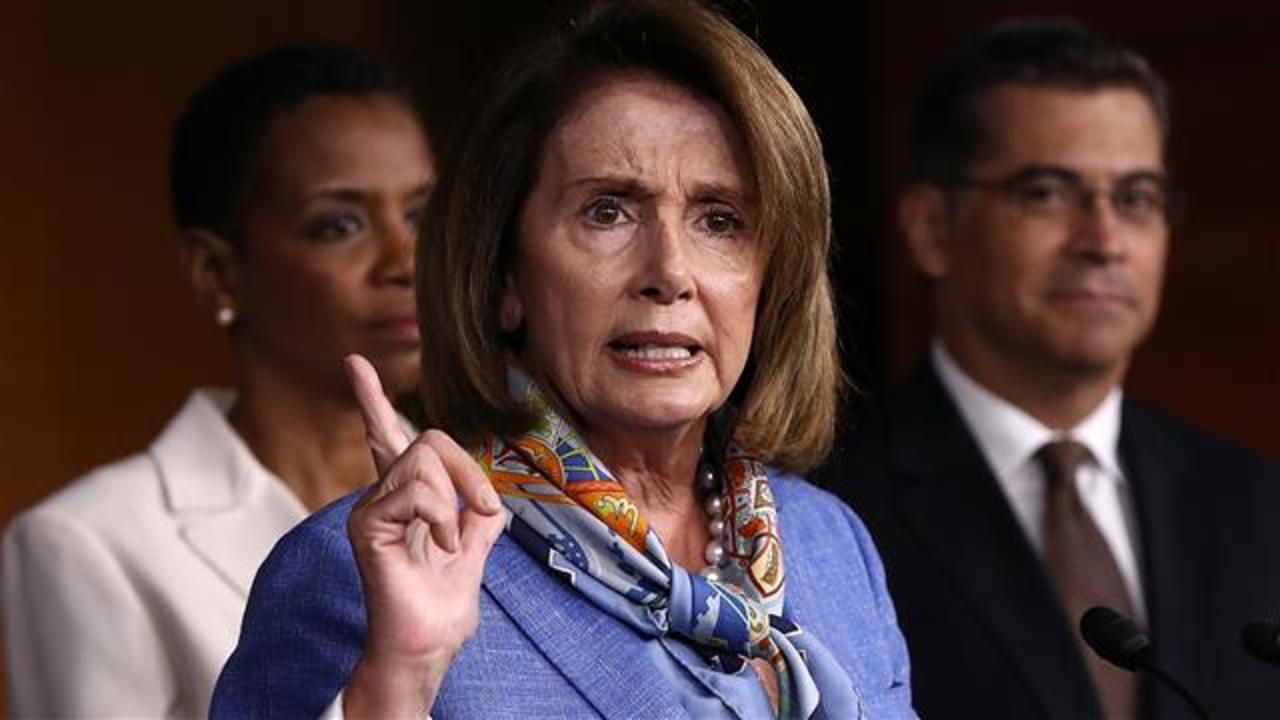 Many House Democrats are hastily changing their cellphone numbers after the leak late last week of their contact information by the hacker Guccifer 2.0, whom some prominent lawmakers now allege may be linked to Republican presidential candidate Donald Trump.

A dozen members of Congress spoke with U.S. News on Monday, after information on the leak of their phone numbers and email addresses headlined the news-driving Drudge Report on Friday.

"I'm concerned how you got my number," says Rep. Corrine Brown, D-Fla. "I just don't understand how our personal cell numbers got out there."

Brown says she has received harassing calls and is frustrated by advice to change her number, something some of her colleagues already appear to have done.

"I do believe this is Watergate 2.0. It's the same kind of break-in," Clyburn says. "Why only Democrats? Why have Democratic organizations [been] targeted? It doesn't take a genius to figure it out."

See the lawmakers ensnared in the hack:

Guccifer 2.0 self-identifies as a Romanian hacker, but a security firm said in July he (or they) may be associated with the Russian government, after the hacker claimed a leak of documents from the Democratic National Committee that showed committee officials appeared biased against Sen. Bernie Sanders of Vermont in the presidential primary. The latest leak looks to have come from a hack of the Democratic Congressional Campaign Committee.

Clyburn says he's not convinced the hacker is an agent or arm of the Russian government.

"I don't believe it's the Russian government at all, unless it has to do with the relationship that Mr. Trump and his personnel, like his top campaign guys, have with the Russians," Clyburn says.

"I think it's really important that we follow through with the allegations that are out there about Trump's campaign manager and whether or not Trump has a financial relationship with Russia or anyone in Russia," he says. "I'm very concerned about the Russian influence."

Hope Hicks, a spokeswoman for the Trump campaign, did not immediately respond to a request for comment, nor did Guccifer 2.0, who eagerly offered and then supplied journalists with requested DCCC documents – some of little news value – on Friday.

Many members of Congress who spoke with U.S. News say they will be changing their phone numbers soon and that in the meantime, they only are taking calls from unknown people if they have area codes suggesting a connection to their home district or the nation's capital.

Though Clyburn says unfriendly messages he's been getting in the wake of the leak are "nothing compared to what we received when the Affordable Care Act passed," Rep. John Garamendi, D-Calif., says he's received threats that he's reporting to authorities.

Garamendi calls the leak "the modern Watergate" and says "it's right out of Nixon's playbook, just it's done with a different type of keys." But he says he's not pointing a finger specifically at a particular candidate or political entity.

Garamendi says "there is serious disruption – on the political side, the personal side and the legislative side. There are nearly 200 of us who have to change our phone and email accounts, and that's very disruptive in the middle of a campaign."

The California Democrat also says "the trash I've been receiving is unbelievable." He says there's concern people could "work their way back into other personal accounts we have," such as bank accounts.

Various entities have been in contact with affected members of Congress, including the DCCC, House Minority Leader Nancy Pelosi's office and U.S. Capitol Police. The leaked document contains the home addresses, marital status and religion of some – but not all – House Democrats.

Still, some members of Congress say they're not sure they will change their numbers.

Rep. John Yarmuth, D-Ky., says he's only received five or six calls since Friday from numbers he didn't recognize – fewer than other members who tell U.S. News up to several dozen have come in. Yarmuth didn't answer the calls and received no voicemails.

"Maybe nobody's mad at me, I don't know," Yarmuth says. "There are an awful lot of people who have my number, so it's no big deal unless I get harassing calls."

Yarmuth, currently in Scotland, says the only unusual contact he received was a call that his phone's caller ID identified as coming from Pelosi, D-Calif. He says he later learned Pelosi had already changed her number.

A phone call and text message sent to the cellphone number listed for Pelosi were not returned Monday. It's possible a prank caller used a "spoofing" service to impersonate her number while calling Yarmuth.

Another member of Congress to suffer little inconvenience – Rep. Gene Green, D-Texas – answered his phone from Reagan National Airport near the nation's capital after a weeklong trip to Israel, Jordan and Italy with four Republican members of Congress.

"I didn't know it was leaked. My phone's been off," he says. "Maybe folks just don't want to call me." He adds: "I think the secret is you don't encourage it."

"I've gotten maybe 40 crazy calls," he says. "The first one apologized and said they saw the article on the Drudge Report and wanted to see if it was a real number. I answered the second one and then I haven't picked up."

Cohen and others say the call volume has decreased over time. The number listed for Cohen's cellphone actually is his home number, which he has no intention of changing after 40 years.

"I guess it's freedom of the press, but it doesn't seem appropriate for someone to steal this list," Cohen says. "My number is a public number listed in the phone book so it's not a big deal, but to publish [the list] like Drudge did caused a lot of people a lot of aggravation for no reason."

Rep. Sanford Bishop, D-Ga., says he also shares his cellphone number freely with constituents, so he's not sure if he will change it.

"Many presumed I had positions on issues that were incorrect. They assumed I was opposed to the District of Columbia v. Heller decision on guns," he says. "But I'm a member of the National Rifle Association and I'm very pro-Second Amendment. The callers and the people sending various emails thought erroneously I was going to take away their guns."

He says he engaged in a conversation with one pro-gun rights advocate and that "when I explained what my position was, the caller said, 'I'm so sorry, have a nice day.'"

In addition to being protected by local law enforcement agencies, Bishop says he's a gun owner, insinuating he's unconcerned about potential threats to his safety.

Wordpress removed the document full of personal information from Guccifer 2.0's blog on Friday, likely contributing to what members say is a slowdown in unsolicited calls.

Reps. Charlie Rangel, D-N.Y., and Robert Brady, D-Pa., answered their phones but declined to comment. Rep. Joyce Beatty, D-Ohio, said she was unable to talk because she was in the middle of a meeting with other members of Congress to discuss the leak.

At least one person possessing a cellphone number listed as a congressional member's says the list may have been outdated, as he has had the number for "a couple years."

And though some lawmakers have been relatively unaffected, at least one – Rep. Emanuel Cleaver of Missouri – says he has cause to fear for his safety.

"The n-word has been coming in and people have been really, really nasty," Cleaver says. "They put my home address in there and we've already had problems. There was an attempted bombing of my office and the man who did it was just convicted in court and given 10 years with a number of supporters in the back of the room."

"I can't change the address to my house," he says. "I'm quite angry over this."

Cleaver says "whoever did this was probably trying to make some political point, but they're also creating serious problems for those of us who are impacted. I guess this is one of the expectations of this nasty political time in which we live: You can say anything, you can inspire anything – and we just put it off as part of politics."