These countries have the most powerful passports in the world 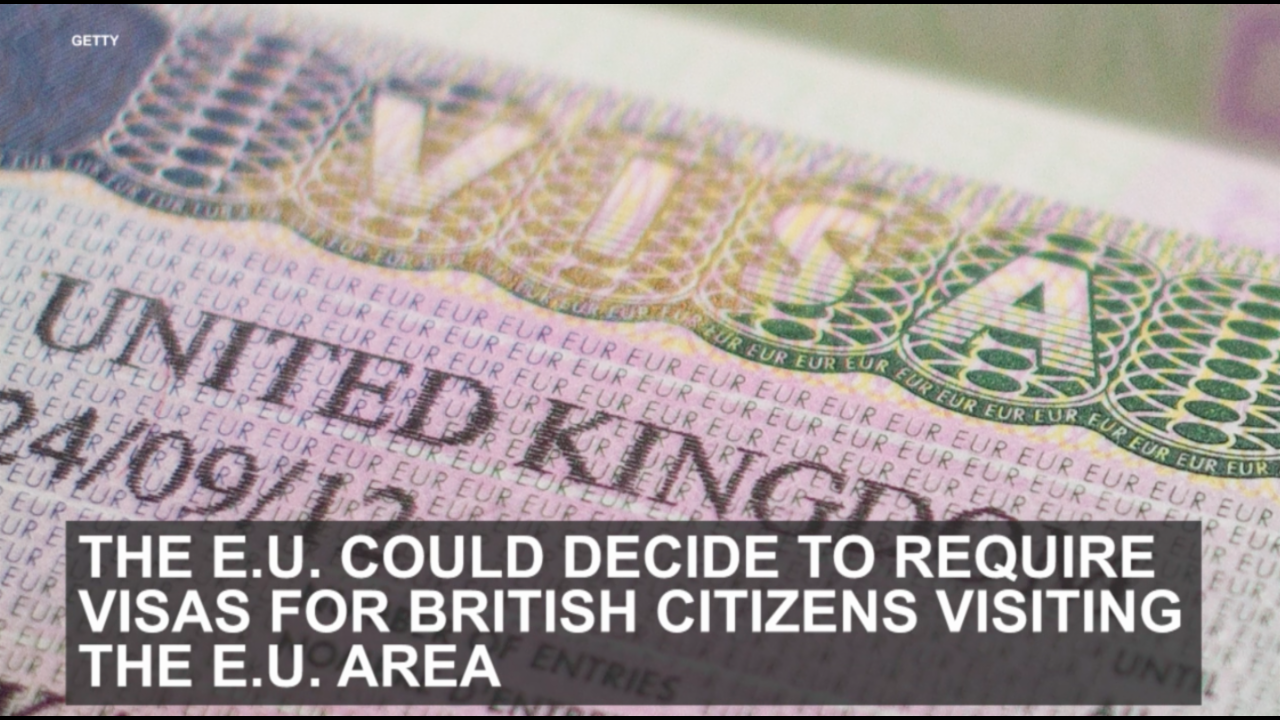 Traveling can be stressful. From applying for visas to going through customs, there are a lot of hoops to jump through.

But it looks like German and Swedish citizens have the easiest time traveling.

SEE ALSO: These airlines are the most generous when your flight is delayed

Passport Index ranked Germany and Sweden as having the most powerful passports in the world.This means they can travel to most countries without having to apply for a visa.

Finland, France, Spain, Switzerland and the U.K. are all tied for the number two spot, but the recent 'Brexit' vote could influence how U.K. citizens travel in the future.

The E.U. Could decide to require visas for British citizens visiting the E.U. area.

If that were to happen, the U.K. ranking would fall from number two down to 26, according to CNN.

Meanwhile, the U.S. ranked 4th on the global list, tied with Austria, Luxembourg, Singapore and Portugal.

Audrey Hepburn famously said that “Paris is always a good idea.” Although some destinations are more popular with some age groups or generations more than others, Paris endures—whether you love art, food, wine, nature (or all of the above), the City of Light has everything you want.

Icelandair’s genius stopover program—which lets people fly from the US to Europe with a free one-the-three-day layover in Reykjavik—means you can get two destinations for the price of one. Drink coffee and craft beer in the capital before driving through Iceland’s wildly varied landscape—you can snorkel and visit an ice cave in the same weekend.

This gorgeous, scenic highway goes from southern California all the way to British Columbia. But don’t spend all your time in the car—get out for sweeping ocean views at Big Sur and trees that awe with majesty in Redwood National Park.

Hong Kong is a perfect entry point for a first visit to Asia. Hike Victoria Peak, and stuff your face with dim sum—all without the visa you need to visit mainland China.

You can visit the Big Apple a dozen times without ever seeing the same thing. We’ve done it as broke backpackers (street hotdogs, free museums, sunbathing in Central Park) and as boss ladies with corporate cards (penthouse suite, table next to Taylor Swift at the hottest brunch place), and both were incredible.

There are pretty beaches all over the world, but Bermuda’s pink sand ones are some of the world’s prettiest. Add in shorts and knee socks as appropriate formalwear, English-style afternoon teas, and a steady stream of dark-and-stormys, and it’s basically the perfect vacation.

Whether it’s the city or the country you’re after, the Emerald Isle has it all—and within easy driving distance. Have a proper Guinness (preferably while chatting up a friendly local), tour Trinity College’s famed library (home to the Book of Kells), and visit the Cliffs of Moher or Newgrange.

Since Australia’s about the same size as the U.S., a proper visit could easily take months. But if you only have a short time, don’t miss the Great Barrier Reef. Not only is it magnificent, it’s also in danger of disappearing if we don’t care for the environment as well as treat the reef with respect when visiting.

This city’s uniquely French-Canadian cool is easily accessible from the east coast of the U.S.—you can even take an overnight bus or train from NYC, which makes it feel like going to Europe minus the jet lag. Hit buzzy nightclubs, independent art galleries, and bagels piled with smoked meat.

You can never run out of places to visit in Italy. We recommend taking the long way and visiting both the city and the country—from the Amalfi coast to the vineyards of Tuscany to the streetside cafes of Rome, you won’t want to miss a thing.

London touts itself as the most tweeted about destination in the world, and you have a wealth of gorgeous places to brag about on social media. Have the fanciest afternoon tea ever at Claridge’s (Queen Elizabeth herself stops by!), then go for a walk on Hampstead Heath or along the Thames.

Haven’t been to Mexico since that insane senior year spring break? Quiet, cool Tulum is the perfect alternative to Cancun—and there’s not a Señor Frog’s in sight.

NOLA does the mix of fun and history better than just about anyone in the world. Have drinks at Laffite’s Blacksmith Shop, believed to be the oldest bar in the world, then walk off your hangover among the houses of the French Quarter and Garden District.

Although the flight down to Buenos Aires is long, once you arrive you’ll benefit from the relative inexpensiveness of the country. Street empanadas rival anything you’ll eat in a restaurant, and the red wine is always flowing—and delicious. Take a tango class, stay up late, and pay your respects to Eva Perón in the world’s most beautiful cemetery.

Tokyo’s robot waitresses and maid cafes will definitely bring a whole new experience. Balance it out with visits to temples and traditional tea ceremonies.

The US Parks Service celebrates its centennial in 2016, which means lots of free admission days and other perks. From Joshua Tree in the California desert to the oceanside Dry Tortugas in Florida, these parks show the wide scope of beauty that our country has to offer.

This gorgeous nation has something to offer everyone. Explore the rich surroundings of Marrakech, then make time to wander the city of Fes.

More from AOL.com:
These airlines are the most generous when your flight is delayed
100 million vehicles vulnerable to key cloning
Flight attendant adopts stray dog who waited for 6 months outside her hotel