2 polls of Donald Trump's standing in Iowa, exactly one year apart, are a time warp into the 2016 campaign 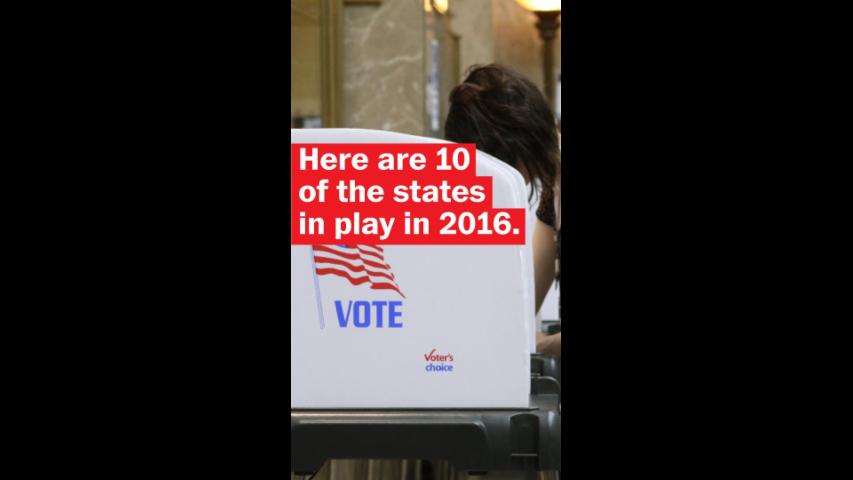 Two polls of Iowa tell the story of the past year for Donald Trump.

Exactly one year ago, Trump was polling at 17% in Iowa among Republican primary contenders. There were some fresh warning signs about his fledgling, yet burgeoning, candidacy among a 17-candidate GOP field.

One wild and turbulent year later, Trump — the Republican presidential nominee — is leading his Democratic counterpart, Hillary Clinton, in the same poll of the same state.

Trump led 41% to 40% in the survey, released by Suffolk University on Thursday.

It's among the best pieces of polling news Trump has received over the past several weeks. Amid a slew of controversies since the Republican National Convention last month, Trump has collapsed in both national polls and surveys of key battleground states.

Still, the dual surveys from Suffolk display how Trump's campaign evolved from nascent joke to capturing the presidential nomination. Last year, David Paleologos, the director of the Suffolk University Political Research Center, suggested the center's August 2015 poll showed that Trump could have a ceiling of support within the Republican Party.

Photos of anti-Clinton and anti-Trump merchandise:

"It appears that Donald Trump's lead is strong so long as the number of active opponents remains above a dozen," Paleologos said then.

"If the Republican field were winnowed down to five or six candidates, Trump's 17% probably wouldn't be enough to win in Iowa, as polling indicates that his further growth has limitations," he added. "The long-shot candidates staying in the race help keep Trump on top — at least for now."

One year later, Suffolk's new poll found Trump with more than 40% support from the general electorate. Yet the warning signs, overall, are still there: Just 34% of Iowa voters said Trump was honest and trustworthy, while 34% of the poll's respondents said they were casting their vote for a candidate mostly because of their opposition to the alternative.

Iowa, which awards six electoral votes, went for President Barack Obama in both 2008 and 2012. But Trump has bigger problems in battleground territories like Florida, Virginia, Ohio, and Pennsylvania, some of which he will need to pick off to have a chance at winning in November.

The Suffolk poll released Thursday surveyed 500 likely voters and had a margin of error of plus or minus 4.4 percentage points.

SEE ALSO: Obama's approval rating is at its highest point in years, and that could be a big problem for Donald Trump