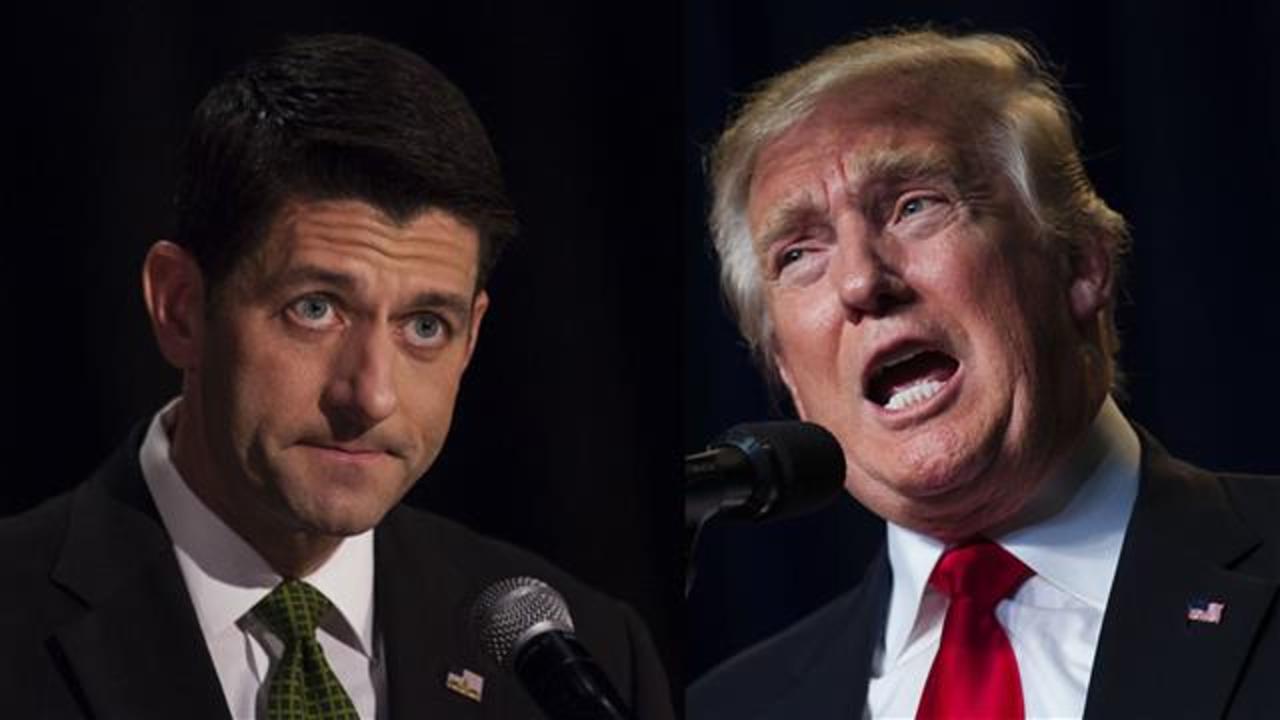 At a rally in North Carolina on Tuesday, Trump was discussing what he perceives as Clinton's threat to the Second Amendment when he seemed to suggest gun owners could take matters into their own hands.

"If she gets to pick her judges, nothing you can do, folks. Although the Second Amendment people — maybe there is. I don't know," Trump said.

Ryan, speaking to the press after his Tuesday Wisconsin primary win, said he hadn't heard the Republican nominee's remarks, claiming he "only heard about those comments."

"I've been a little busy today. I heard about this Second Amendment quote. It sounds like just a joke gone bad," Ryan said. "I hope he clears it up very quickly. You should never joke about something like that."

Prominent Democrats were quick to denounce Trump's comments as an assassination threat, although Trump and his surrogates insisted he was referring to "a political movement" and not violent action.

Photos of politicians who refuse to support Trump:

More from Business Insider:
Trump: Clinton 'should get an award' as 'the founder of ISIS'
Donald Trump seems to have a new nickname for 'Unstable Hillary Clinton'
BOILING POINT: Reports of GOP turmoil swirl as Trump goes rogue