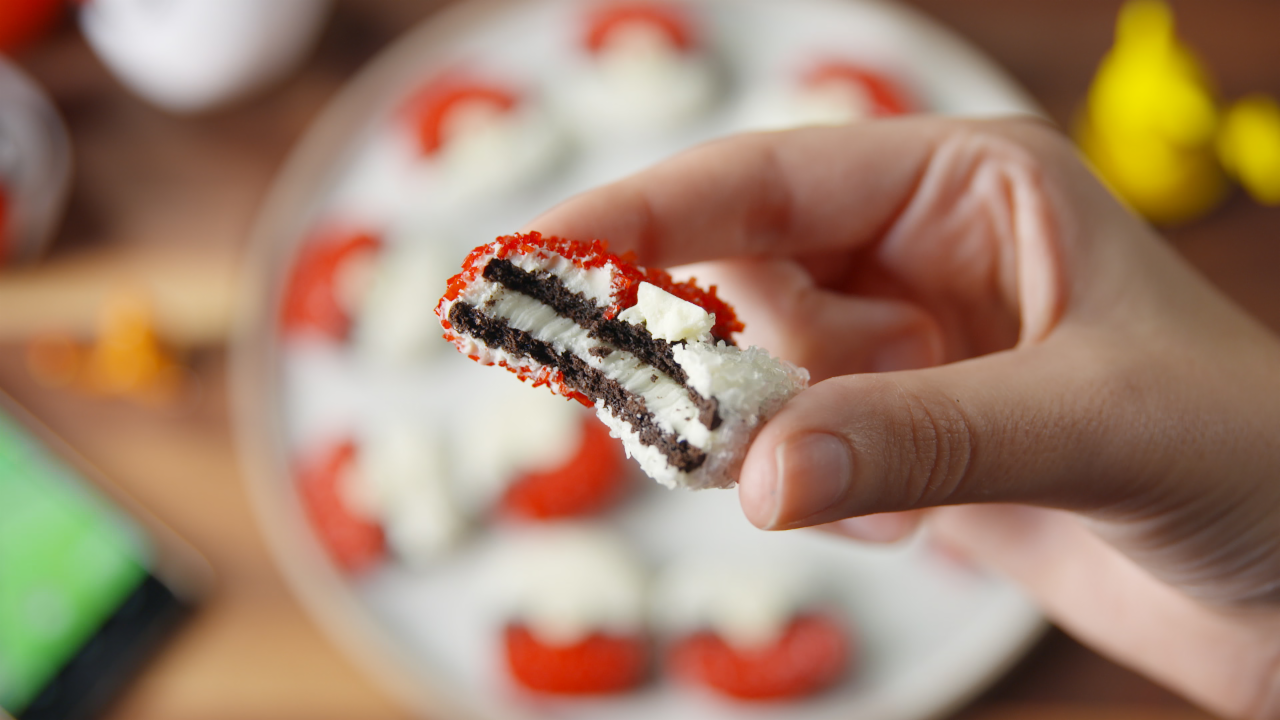 Combining two of your favorite childhood sweets sounds like a confectionary dream.

However, Nabisco's newest venture is a bit surprising: the Swedish Fish Oreo.

The cookie, which just had a limited release, is fairly simple: it's Swedish Fish- flavored creme sandwiched between two regular chocolate Oreo cookies. While fruit and chocolate isn't that strange of a pair, thinking about eating a crispy Oreo along with a gummy Swedish Fish seems a bit askew, even though the filling is flavored creme and lacks a Swedish Fish's typical gummy consistency.

Oreo has yet to release an official statement about the snack. They sort of pulled a Beyoncé when it arrived in Kroger supermarkets this week, mostly unannounced.

For those who don't live near a Kroger, two YouTubers have shared taste test videos.

Tami and Kevin Dunn really enjoyed the cookie, although Tami did describe it as tasting on the "border of being candy and medicinal."

On the other end of the Oreo tastebud spectrum, the Tasty Test crew was not too into the cookie. They described it as both tasting like and having the consistency of "strawberry play dough." The adults graded the treat an F while the adorable children awarded it a B.

Swedish Fish Oreos are available at Kroger for $2.99 per pack of of 20 cookies. Hopefully they'll come to stores everywhere soon so we can taste them for ourselves. 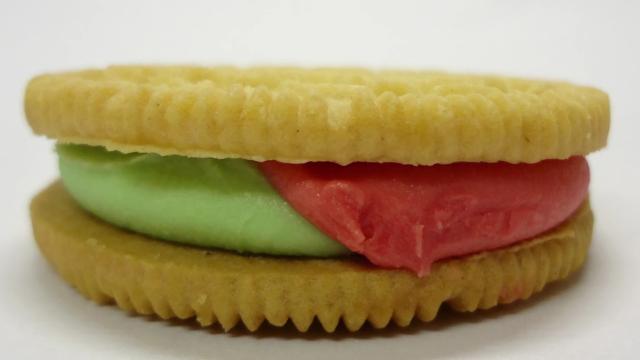