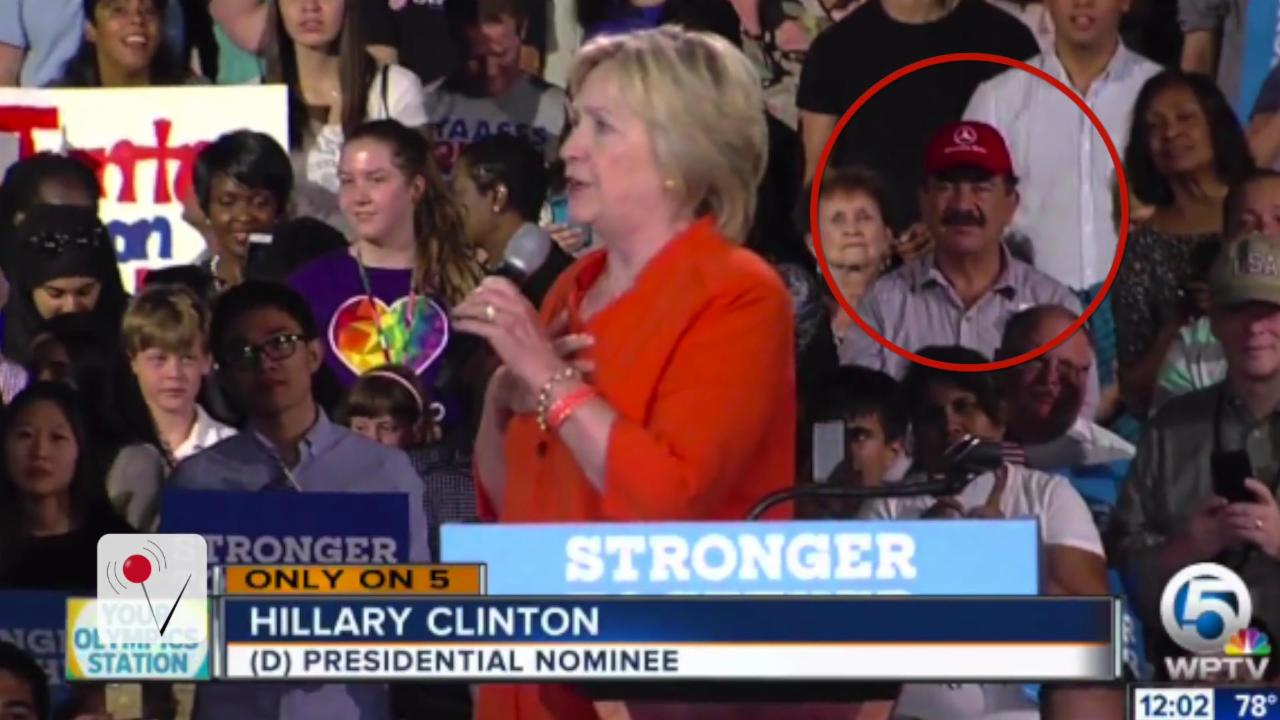 Hillary Clinton's campaign is making it clear that she does not want support from the father of the gunman who massacred 49 people in Orlando, Florida.

Seddique Mateen was seen on camera sitting behind Clinton at a campaign rally in Kissimmee, Florida, on Tuesday.

The campaign later distanced itself from Mateen, whose son, Omar, in June committed the deadliest mass shooting in US history.

In a statement cited by ABC News on Tuesday, Clinton's campaign said: "The rally was a 3,000-person, open-door event for the public. This individual wasn't invited as a guest and the campaign was unaware of his attendance until after the event."

Clinton's press secretary, Nick Merrill, followed up that statement with another, saying Clinton "disagrees with [Mateen's] views and disavows his support."

Mateen has a history of making controversial statements, including an assertion that the shooting that his son carried out at the gay nightclub Pulse was influenced by homophobia. "God created man for woman," Mateen said on Facebook days after the massacre.

His presence at the rally raised questions about background checks for people in attendance. ABC News cited an unnamed Secret Service official who said people at the rally "all received the exact same screening."