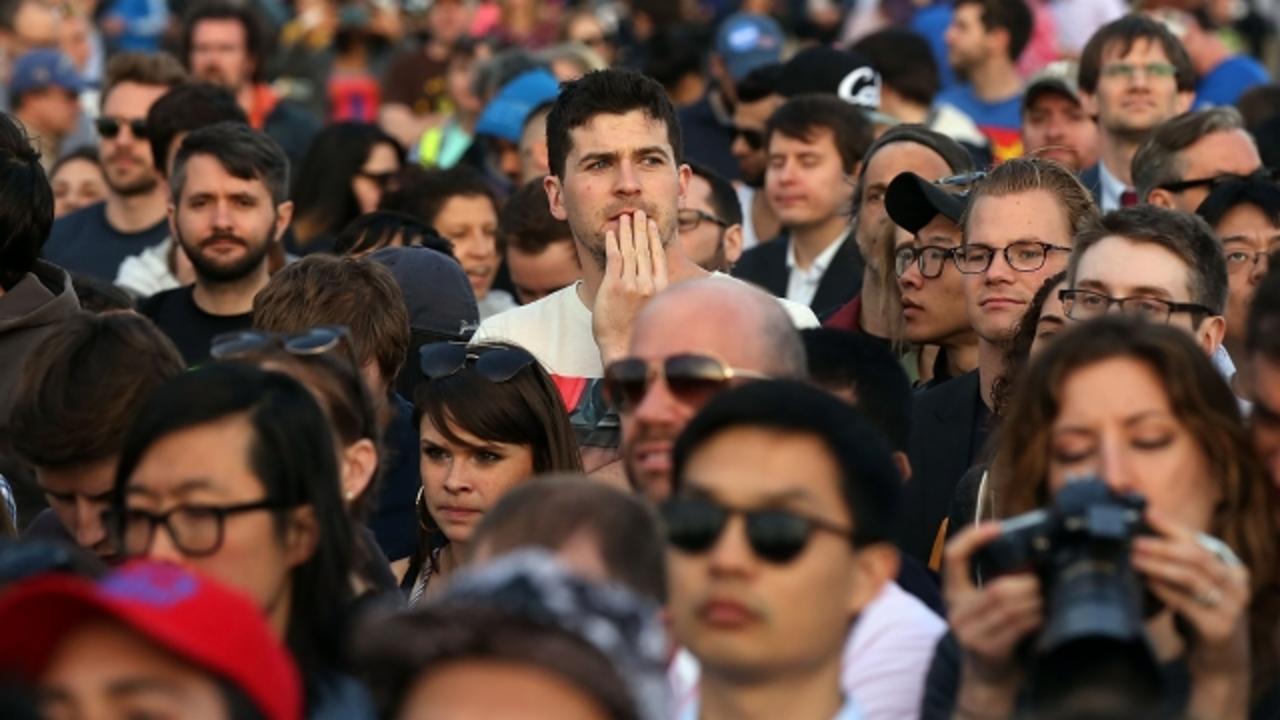 The fifth-largest national political party has received little press coverage this year, but its presidential candidate says he's seen a gush of new Constitution Party support as social conservatives shudder at the thought of voting for GOP nominee Donald Trump.

Darrell Castle expects to compete against Trump on most state ballots and aims to take votes primarily from Republicans. He says it would not matter "one iota" if his candidacy has a spoiler effect, as the Bible prohibits picking the lesser of two evils.

"People say, 'Well I have to vote for the lesser of two evils because if I don't Mrs. Clinton may get elected,'" he says. "But I speak to a lot of Christians, and I tell them as a Christian you cannot do that if you have some regard for scripture because Romans 3:8 says you're prohibited from trying to achieve a good result by doing evil."

Castle, whose party's reverence for the Constitution is rivaled by its ambition to shape public policy around conservative Christian principles, offers voters a unique set of policy positions. He says he's had a recent boost from conservatives inspired by Texas Sen. Ted Cruz's refusal to endorse Trump last month at the Republican National Convention.

The Tennessee lawyer strongly opposes abortion and says he doesn't believe there's such a thing as a same-sex marriage. He freely makes head-turning statements questioning the sincerity of Trump's religious beliefs.

But he also has many libertarian positions, expressing appreciation for whistleblower Edward Snowden, opposition to arming Syrian rebels and support for decriminalizing marijuana – though how he packages them may not sell well outside the South.

"Government's been continually expanding for about 160 years now. The last time anyone tried to limit it was 1860 and it didn't work out so well and nobody has tried it since," he says.

Castle clarifies upon prompting that the reference to 1860 – the year South Carolina became the first slave state to secede from the United States – was indeed a reference to the Civil War.

"I'm being somewhat sarcastic, but in reality the Civil War and the things that led up to it was an attempt by the South to break away from, to limit federal power. And there hasn't been much of that since then – there's been a continual expansion," he says.

No third-party candidate has received more than 1 percent of the vote since 2000, when Ralph Nader running on the Green Party's ballot won nearly 3 percent and – according to his critics – handed the election to Republican George W. Bush.

As Trump's candidacy continues to roil mainstream Republicans and progressive activists refuse to back Democrat Hillary Clinton, the Green and Libertarian candidates this year have received significant mainstream coverage, as have the possible independent candidacies of various little-known conservatives – most recently with "breaking" cable TV segments Monday on the possible candidacy of former House Republican Conference staffer Evan McMullin, who started the day with fewer than 150 Twitter followers.

But surprisingly, a Google search for Castle reveals minute mainstream coverage since C-SPAN broadcast his nomination acceptance speech in April.

While late-announced candidates such as McMullin have little hope of widespread ballot access, Castle appears already to have a spot on 17 state ballots, and he expects ultimately to appear on 35 ballots, falling short of a target of 42.

Castle says reporters are less inclined to cover his campaign because he challenges the status quo more so than the Green Party's Jill Stein, a Harvard-educated medical doctor, and Libertarian nominee Gary Johnson, a former Republican governor of New Mexico who's running with another two-term GOP governor, Bill Weld of Massachusetts.

"Gary and Jill are a lot closer to the mainstream than I am," he says, though he does hope to "shame" CNN into providing him an hourlong "town hall" event, as it has offered the two better-known third-party candidates. "People who say they want to limit government aren't going to get mainstream press," he shrugs.

Still, Castle says he's been picking up support not only from Cruz supporters but from anti-abortions backers of Austin Petersen, runner-up for the Libertarian nomination. Former Texas Rep. Ron Paul, the libertarian icon who twice sought the GOP nomination, backed the Constitution Party ticket in 2008, when Castle was the vice presidential candidate, and he hopes for another endorsement, though he says Cruz's convention demeanor has been a particular boon.

"I have gotten a great deal of support from Ted Cruz people. They agree with what he did at the convention and so they're voting their conscience – for me," he says. "Certainly not all Cruz supporters, but a lot of them. This is the seventh presidential election cycle this party has been through and I've been here for all of them, and we're getting more response and more support than ever before. And the primary reason is people outside the party are supporting us. They know about us and are coming to us because of social media."

Photos of politicians who refuse to support Donald Trump:

In one state, Idaho, the local Constitution Party chose to nominate someone other than Castle after a disagreement over his non-participation in a primary. Castle says he was ill and undergoing surgery, but state party Chairman emeritus Floyd Whitley says "rank-and-file party voters were 'cut out'" and compares pro-Castle party officers to Democratic National Committee staffers and former DNC Chairwoman Debbie Wasserman Schultz, who were revealed by leaked emails to be heavily biased in favor of Clinton and against socialist Sen. Bernie Sanders of Vermont in the Democratic primaries.

One of the largest potential pools of support for Castle is religious voters, who the candidate says are uneasy about Trump's three marriages and varied political positions over the years.

"I'm a Christian and [Trump] sometimes says that he is. But he doesn't seem to know what it means, and it disturbs me given his background and his views that Christian people would line up and support him. It's hard for me to see that. I could point to many lines of scripture that are supported to guide the lives of Christians that say you shouldn't do that," he says. "People on my end of the political spectrum look at him see him as a man they don't admire and cannot follow."

Although some of Castle's political positions may seem radical, they aren't necessarily extreme, and he says he prioritizes rule of law – something he says the penalty-free probe of Clinton's private email server as secretary of state undermines – and respect for limits on presidential power.

He considers abortion murder but won't suggest a punishment for doctors. He has a favorable view of Snowden but won't commit to a pardon. He believes all immigration, including from Europe, should be halted but opposes mass deportations. He doesn't support same-sex marriage but says the government should not sanction heterosexual marriage either. He wants to abolish the Federal Reserve but make no immediate change to Social Security.

In a personality-driven news cycle, his biggest asset make become his disinclination to play the polite politician.

Castle says the location of President Barack Obama's birthplace is "not within my sphere of knowledge." As with Trump, he "doesn't see a lot of evidence" about Obama's religion, and he says he believes the full story of the 9/11 attacks has not been told, though he stresses "I'm not a truther" and that he doesn't believe the U.S. government was behind the attacks.

Though he's yet to get much attention, Castle's confident of packing a punch in November.

"It's an internet movement, frankly. We're having tremendous activity," he says. "And there are states out there where Ted Cruz got a lot of votes."

Photos of Gary Johnson through the years: