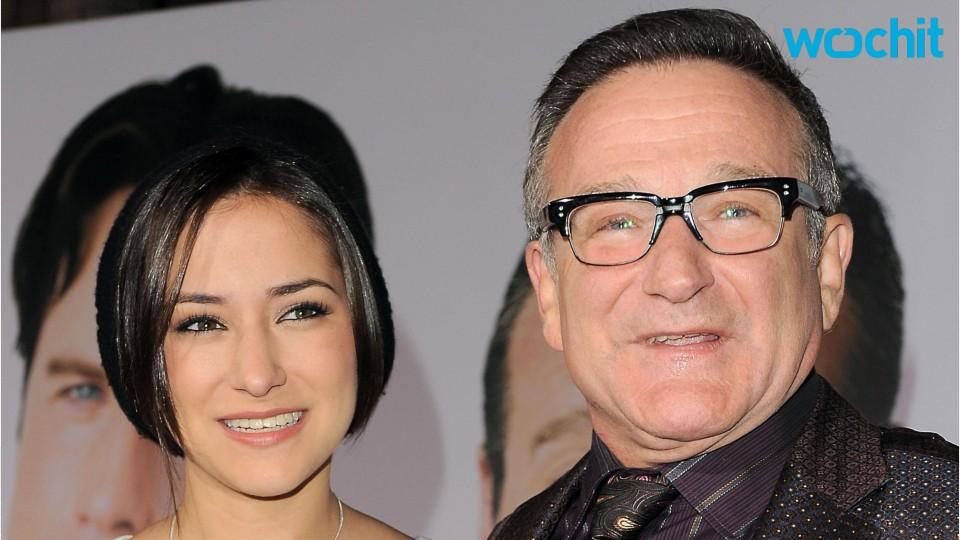 Zelda Williams is taking some time off again from social media. Not because she's fed up with it, but because she would like some peace and quiet over the next few days to remember her late father, the iconic actor and funny man, Robin Williams.

She'd like to do so without the pressures and reminders of her father's life and death on social media. So, she's taking a break.

The pressure to respond and receive the loving messages and condolences can be overwhelming, she explained in a post she shared Sunday afternoon on Twitter. She wrote, in part:

I will always be so grateful for all the love the world had and continues to have for dad, but for obvious reasons, it's sometimes harder to be the sort of surviving public vessel for receiving those sentiments, and one often expected to somehow flawlessly express them back.

RELATED: Zelda Williams through the years

'I was a blondie. #ThrowbackThursdays #TBT'

Thursday marks two years since the death of Robin Williams by suicide. From here on out, it's likely that publications will want to remember her father with tributes and people from all over will send their condolences her way. And, living in a hyper connected world means all of that will be hard for Williams to ignore on her social media feeds.

Not to mention, there are some pretty horrible people out on social media. There was the time, after all, that Williams was bullied off of Twitter and Instagram following Robin Williams' death.

But even the love from fans, which she appreciates, can still sometimes be too much, she wrote.

Zelda has at times been open about her grieving process. Last month, she shared a heartfelt, emotional post on Instagram where she remembered her father on his would-be 65th birthday. In September, she discussed her grief and depression.

Always having to find the right words to say, though, can be overwhelming, she wrote in Sunday's post. Still, she realizes the world won't stop spinning.

She signed off her comments with a chipper, "Tata for now!" and a red heart emoji.

Robin Williams through the years:

More from The Cut:
Men are finally catching on to how ugly cargo shorts are
Why did you swipe left on Zac Efron?
Ask a boss: My intern is unbelievably rude!