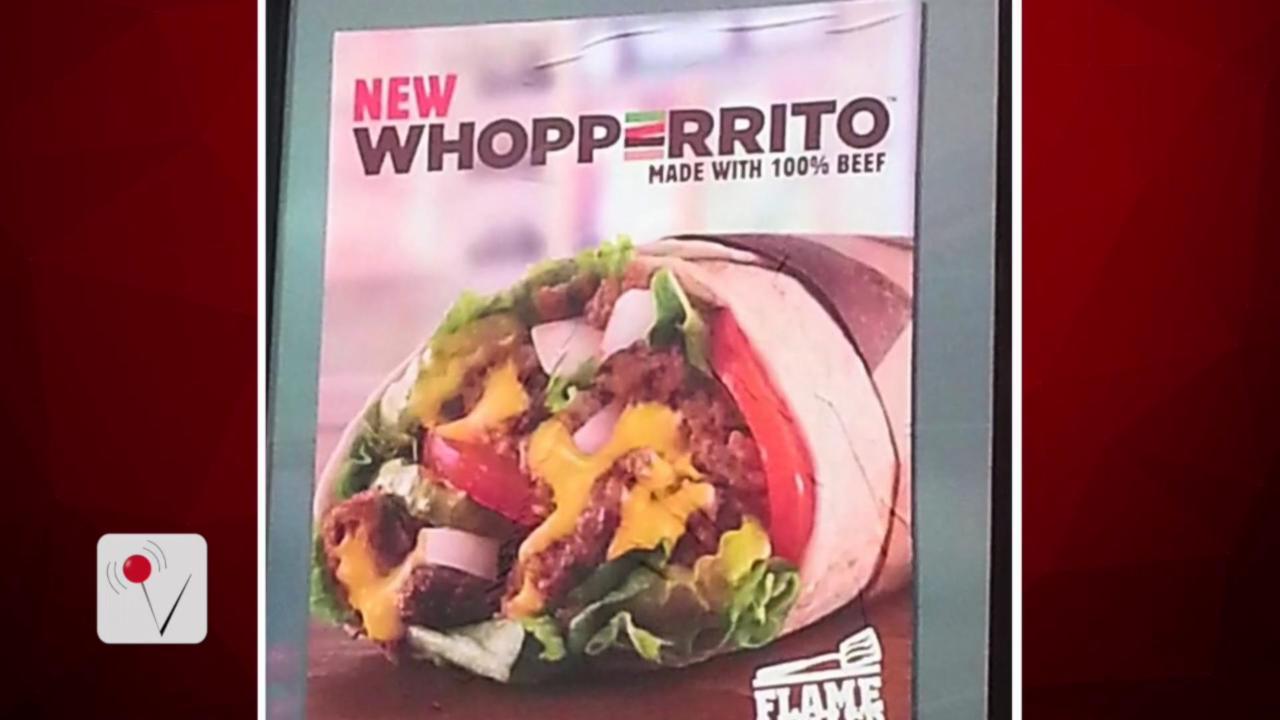 Burger King is coming out with a hamburger-burrito hybrid called a Whopperito.

The Whopperito features the same beef that's used in the iconic Whopper sandwich but with different seasoning "to deliver an authentic Tex-Mex flavor," according to the company.

The beef is layered with chopped tomatoes, onions, lettuce, and pickles, topped with a creamy queso sauce and wrapped in a flour tortilla.

Burger King has wanted to take a stab at Tex-Mex food for a while, according to the company's president, Alex Macedo.

"We know Tex-Mex is growing a lot ... and there are not that many national chains that sell burritos," Macedo told Business Insider in an interview.

Burger King executives met with members of its corporate "innovation committee" earlier this year and asked them how they could get involved in the Tex-Mex category and "do it in the Burger King way."

A franchisee with Burger King locations in Ohio and Pennsylvania started experimenting with different ingredients and flavors at his restaurants and came up with the recipe for the Whopperito.

"He called and said, 'I think I'm onto something,'" Macedo said. "We took his idea and added what makes this unique — which is the sauce and mix of spices for the beef."

The company tested the Whopperito in the franchisee's restaurants in June and said it was a success.

Two months later, the company is launching it nationally, marking the company's fastest product launch from the test phase.

The burger-burrito mashup comes on the heels of Burger King's debut of Mac n' Cheetos — a creamy mixture of macaroni and cheese deep fried into Cheeto-shaped sticks and covered with crispy Cheetos flavoring. The Mac n' Cheetos sold out within a matter of weeks, but the Whopperito will be around for at least a couple months since all of the ingredients for the burrito are already found in Burger King's kitchens, according to Macedo.

Burger King is rolling out the new menu items as consumers have been pulling back their spending on dining out.

Macedo said the new menu items aren't a direct response to those trends, however.

"We have a long-term strategy," he said.

The company has been looking for innovative new products that draw a lot of attention but also work well for the business.

"For us, a burrito works well because we get a vast majority of our sales through the drive-thru, and this is something that's portable," he said.

Related: Check out these helpful tips at your favorite fast-food chains:

NOW WATCH: We tried Burger King's new Mac n' Cheetos — and they're an 'affront to nature'

SEE ALSO: McDonald's changed the recipe for its iconic Egg McMuffins — here's how they're made