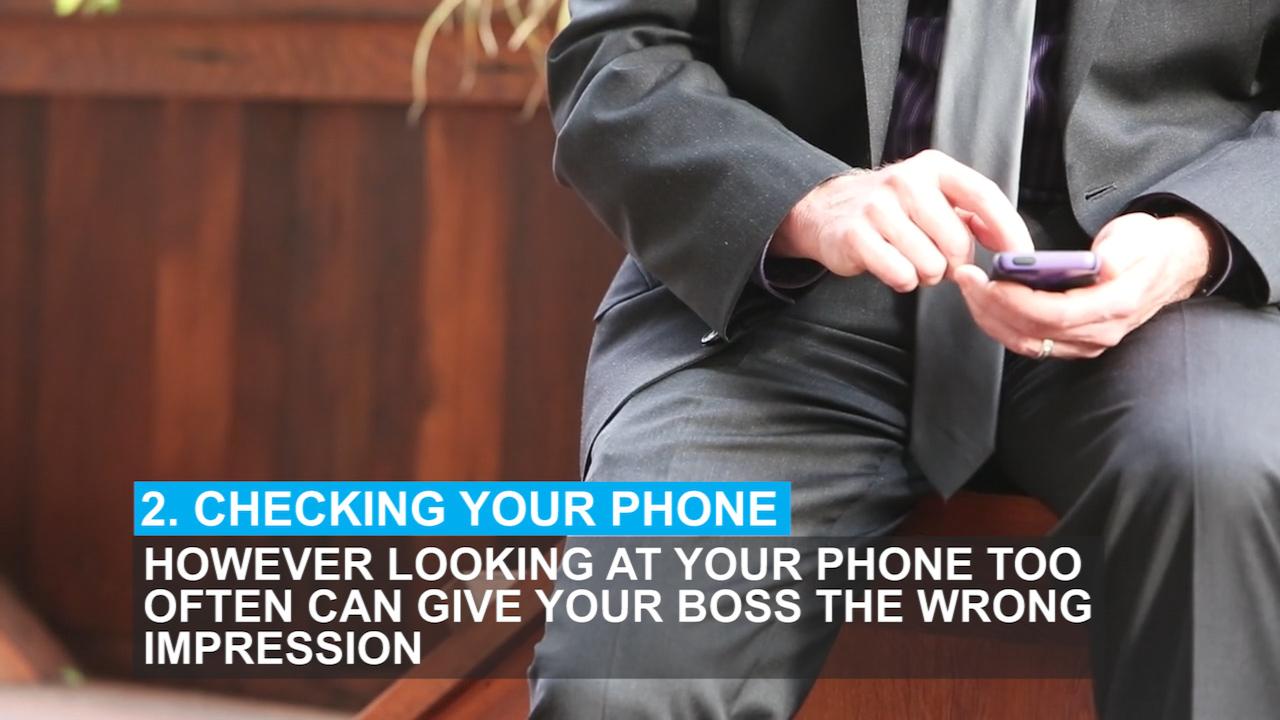 Whether you're battling it out for a job in an interview or you're trying to impress your boss, your unconscious actions in the heat of a nerve-racking moment can be a dead giveaway that you're uncomfortable.

What's worse, whether it's true or not, nervous habits often scream, "I'm not ready for this!"

SEE ALSO: 12 body language tricks to use during a job interview

Psychologists say that awareness of your tell-tale behaviors is the first step to overcoming them.

So we asked a few career experts to weigh in on what they instantly recognize as nervous habits in professional settings.

See 11 nervous habits that make you look unprofessional below:

Nail biting is one of the most common nervous habits, Amanda Augustine, career advice expert for TopResume, tells Business Insider. "Not only does picking at your nails and cuticles look gross, but it wreaks havoc on your hands and downgrades your overall personal brand," she says.

Sadly, it's a more common habit than you might think. A Gallup study from last year reports the majority of US smartphone owners check their phones at least a few times an hour, and cell phone addiction even has a clinical name now: "nomophobia".

Too little eye contact can hurt your chances of making the right impression, Augustine says, because it can make you appear unprepared, uninterested, insincere, and even arrogant. "Aim to make direct contact approximately half of the time during a conversation and people will perceive you as believable, confident, and competent," she advises.

Rubbing your hands together or on your thigh

Rosalinda Oropeza Randall, an etiquette and civility expert and the author of "Don't Burp in the Boardroom," tells Business Insider that while these behaviors have a soothing effect, they can take the focus away from what you're saying and may be a little "too close for comfort" for watchers.

If your interview jitters tend to manifest themselves in your hands, Augustine suggests making a conscious effort to rest your hands firmly on your knees with your palms down or fold them on the table in front of you.

Saying this after every question in an interview shows how indiscriminate you are, Randall says.

Similarly, responding, "Good point," to everything your boss says may make you look more like a "yes person" than someone with their own opinions.

"Very loud laughter or hyena-like laughter during a solemn moment at the office can send a peculiar message to your coworkers," Oliver says.

And doing something at an odd time, like counting your change during a staff meeting, makes you look inadvertently rude and makes everyone wonder, "Why is she doing that right now?"

She points to studies that suggest that people who smile appear more intelligent and trustworthy than those who scowl.

"Practice interviewing or networking in front of a mirror so you can watch your facial expressions and make an effort to smile throughout the process," she suggests.

"Resist the twirling temptation by wearing an updo such as a french twist, bun, or smart ponytail," she suggests. "This is a great way to step up your interview look and resist revealing your nervousness."

Oliver warns that repeating filler words such as "like" or "um" makes you look young and unpolished, and constantly re-using the same word or phrase can make you seem insecure.

"If you grind your teeth at night, you may find yourself clenching or grinding your teeth during stressful situations," Augustine says. "This behavior can make you appear angry, overbearing, or just plain anxious."

The next time you feel your jaw tightening up, she suggests taking a deep slow breath and relaxing your facial muscles.

"Besides sounding incomprehensible to the interviewer, you appear incompetent and out of control," Augustine says. "By matching the volume and speed of speech with your audience, you will force yourself to slow down and become instantly more relatable to the other person."

See Also:
How to get your new coworkers to like you from the moment you meet them
12 hobbies that look great on your résumé, and one that doesn't
11 body language mistakes that will make you seem dishonest in a job interview

SEE ALSO: 21 unprofessional habits that could cost you your job