10 islands completely overrun by hundreds and thousands of animals 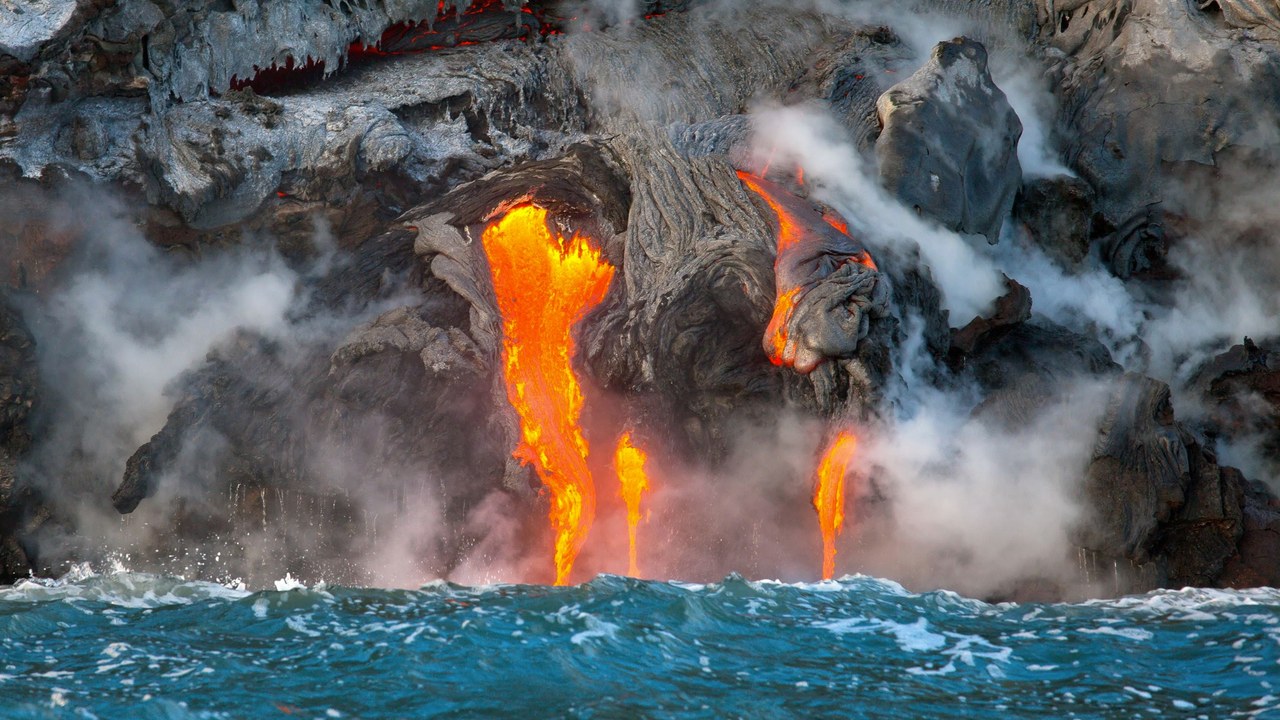 Hawaii. Known for its sun, surf ... and thousands of feral chickens.

Kauai, the fourth largest island in the Hawaiian archipelago, has been overtaken by the fowl ... and a without any natural enemies present on the island, there is no sign of their growing population ever slowing down.

This slice of paradise is not the only place completely overrun by animals. Several Japanese islands have attracted tourist attention in recent years thanks to their populations of cuddly creatures. Aoshima, or 'Cat Island,' is a tiny fishing village where felines outnumber humans six to one. Meanwhile, on Okunoshima Island, hundreds of freely roaming rabbits are constantly looking for snacks from visitors. Nearby on Miyajima, there are countless tame deer that are believed to have lived on the island for 6,000 years.

But you don't have to go to Asia to get your fix of free-range animals. Hundreds of feral horses live on Assateague Island in Maryland and Virginia. Experts speculate that they are the descendants of horses brought to surrounding islands in the late 17th century to avoid fencing laws and taxation.

However, it is not all bunnies, kitties and ponies. Just off the coast of Brazil, near São Paulo and Rio de Janeiro, there is an island that is filled with 2,000 to 4,000 snakes so venomous they can 'melt human flesh.' It is so dangerous, the Brazilian government strictly limits access to the island and requires the unlucky few who go there to have a doctor among their team. Let's just hope that they stick to their private island until the Olympics are over.

Click below to see 10 places completely taken over by animals:

Scarily close to São Paulo and Rio de Janeiro, there is an island so dangerous, the government strictly controls all visits there. There are between 2,000 to 4,000 golden lancehead vipers, one of the deadliest snakes in the entire world. Its incredibly potent venom can 'melt human flesh.'

Hundreds of freely roaming rabbits take over 'Bunny Island' in Japan, drawing tourists from all over. But once upon a time, this same island was used to test chemical weapons during WWII.

Not far from Dublin, there is a virtually abandoned island that is overtaken by wallabies. The island first became home to the Oceanic animal in the 1950s and 1960s when a well-known, wealthy family decided to raise exotic animals. Some escaped into the bushes and the rest is history. How do the Australian animals survive the cold, Irish winters? They grow adorable thick coats!

The sacred Japanese island is home to shrines, temples and countless tame deer. Deer are believed to have lived on the island for 6,000 years and are a messengers of the local gods. The natives' respect for the animals has made them extremely sociable.

Hundreds of feral horses live on this remote barrier island on the east coast of the United States. Experts speculate they are the descendants of horses brought to surrounding islands in the late 17th century to avoid fencing laws and taxation.

The tropical island is stuffed with thousands of feral chickens. And without natural predators, the population is rapidly increasing. Scientists think the boom started in 1992, after Hurricane Iniki destroyed chicken enclosures.

Hidden in the Japanese mountains is a 'village' that is chock full of foxes. Trickster foxes play an important role in Japanese folk culture and they are just plain adorable. But beware when visiting here -- you can feed these little guys, but they are not domesticated and can bite.

More than100 felines have take over this Japanese island. In fact, cats outnumber human residents one to six.

Yes, New Zealand is known for its sheep and sheep-related exports. But many people don't know that there are 6 sheep for every one human being. New Zealand sheep numbers peaked in 1982, with a total of 70.3 million sheep, but as of 2015, there were still nearly 30 million sheep. That's a lot of wool.

Tens of millions of these unusual crustaceans live on Christmas Island. Impregnated female crabs burrow in the moist forest floors and head to ocean when their eggs are ready to hatch. After about a month in the ocean, the baby crabs migrate back to the forest, where they live for the first three years of their life.