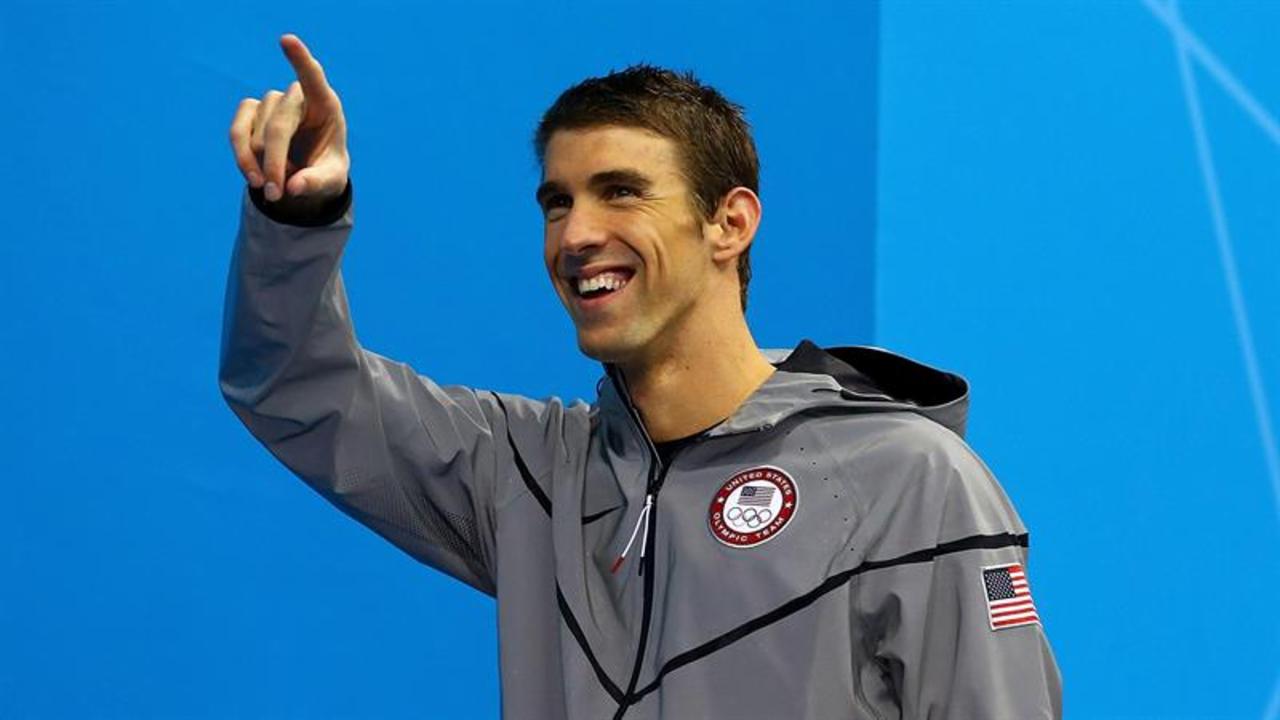 Michael Phelps, the most decorated Olympian of all time with 18 gold medals among his career haul of 22, will carry the U.S. flag in Friday's opening ceremony of the Rio Olympics.

The U.S. Olympic Committee said on Wednesday that Phelps, who will be the first American male swimmer to compete at five Games, had been chosen in a vote of fellow team members to lead the delegation into the Maracana stadium.


Phelps, who won eight of his golds in Beijing in 2008, is set to add to his haul in Rio with three individual events as well as relays.

"I'm honored to be chosen, proud to represent the U.S., and humbled by the significance of carrying the flag and all it stands for," said Phelps.

THE STARS OF SYDNEY: WHERE ARE THEY NOW?

32 PHOTOS
Where are they now? The stars of Sydney 2000, Michael Phelps' first Olympics
See Gallery

Where are they now? The stars of Sydney 2000, Michael Phelps' first Olympics

Michael Phelps was 15 years old in the 2000 Olympics. He finished fifth in the 200-meter butterfly, his only event of the games.

Now 31, Phelps is the most decorated Olympian in history and is expected to medal again in Rio.

Australian swimmer Ian Thorpe won five medals, three of them gold, in 2000 as a 17-year-old.

Today, the "Thorpedo" does occasional media commentary, owns an aquatic center in Australia, and recently launched a line of pool cleaners called Thorpedo.

Moussambani will attend the Rio Olympics as the coach of the Equatorial Guinea swim team.

Misty Hyman became the hero of US Swimming when she pulled off a major upset over Australia's Susie O'Neill to win gold in the 200-meter butterfly.

Dara Torres was another US swimming star, winning five medals, two gold in relays, after taking a seven-year break from swimming from 1992 to 1999.

It's unclear what Nemov currently does, though he made headlines in 2016 for getting in an altercation with a political activist.

Michael Johnson concluded his legendary career with a gold medal in the 400 meters.

Widely considered the greatest 400-meter runner in history, Johnson now works with BBC and owns a training company called Michael Johnson Performance. He will be with BBC at Rio 2016.

Maurice Greene also starred for US track, winning a gold in the 100 meters and the 4x100-meter relay.

Greene retired as one of the best male sprinters, and has since appeared on "Dancing With the Stars" and volunteered as a track coach at UCLA.

Marion Jones dominated women's track for the US, winning five medals, three of them gold.

Jones was later stripped of those medals after admitting to taking performance-enhancing drugs. She has since written a book and become a public speaker.

Ato Boldon shined for the Trinidad and Tobago track team, pulling in a silver and bronze medal.

Today, Boldon is a track and field analyst for NBC Sports and ESPN.

Sprinter Cathy Freeman was a star for Australia in 2000. An Indigenous Australian, she won gold in the 400 meters and carried the torch in a spectacular opening ceremony.

Today, Freeman runs her own foundation focusing on the education of indigenous children and is an IOC Sport and Active Society Commission Member

Now, Carter is 39 years old and still playing in the NBA.

Meanwhile, Sheryl Swoopes averaged over 13 points per game to lead the US women to a gold medal.

Swoopes was inducted into the Hall of Fame in 2016 and was coaching the Loyola Chicago women's basketball team but was fired in 2016.

American wrestler Rulon Gardner became a legend when he pulled off a massive upset over Russian wrestler Alexander Karelin, who had not lost in 15 years.

Gardner has had a bit of a wild journey since 2000. He's attempted several comebacks, struggled with weight, appeared on "The Biggest Loser," and worked briefly as an analyst. He attempted to make the trials for Rio 2016 but was unsuccessful.

Lisa Fernandez set an Olympics softball strikeouts record for the US.

Today, Fernandez is an assistant coach for UCLA's softball team.

Now, Serena is 34, Venus is 36, they're ranked first and sixth in the world, respectively, and own 114 combined singles titles.

In 2000, Lance Armstrong was 28 years old and fresh off his first Tour de France victory. He won bronze in the individual time trial.

Armstrong, of course, after his immense doping scandal, was stripped of his Olympic medal. Now, Armstrong has various projects, including a podcast.

Van Moorsel is the most decorated women's cyclist of all-time and now owns Leontien Total Sports, a sportswear shop, and the Leontien Foundation, which raises money and awareness for eating disorders.

"And now, I want to walk in the Opening Ceremony, take it all in, represent America in the best possible way and make my family proud. This time around, it's about so much more than medals."

Taking part in the opening ceremony will mean a late night for Phelps on Friday, with the stadium at least an hour away from the Athletes Village in Barra, and plenty of standing around as well.

The 31-year-old will not be in action on the opening Saturday, however, with his first event likely to be the men's 4x100 freestyle relay on Sunday.

The U.S. team have not announced their lineup for that event and Phelps is unlikely to take part in the afternoon heats, meaning he will make his competitive entry in the pool late in the evening if selected. 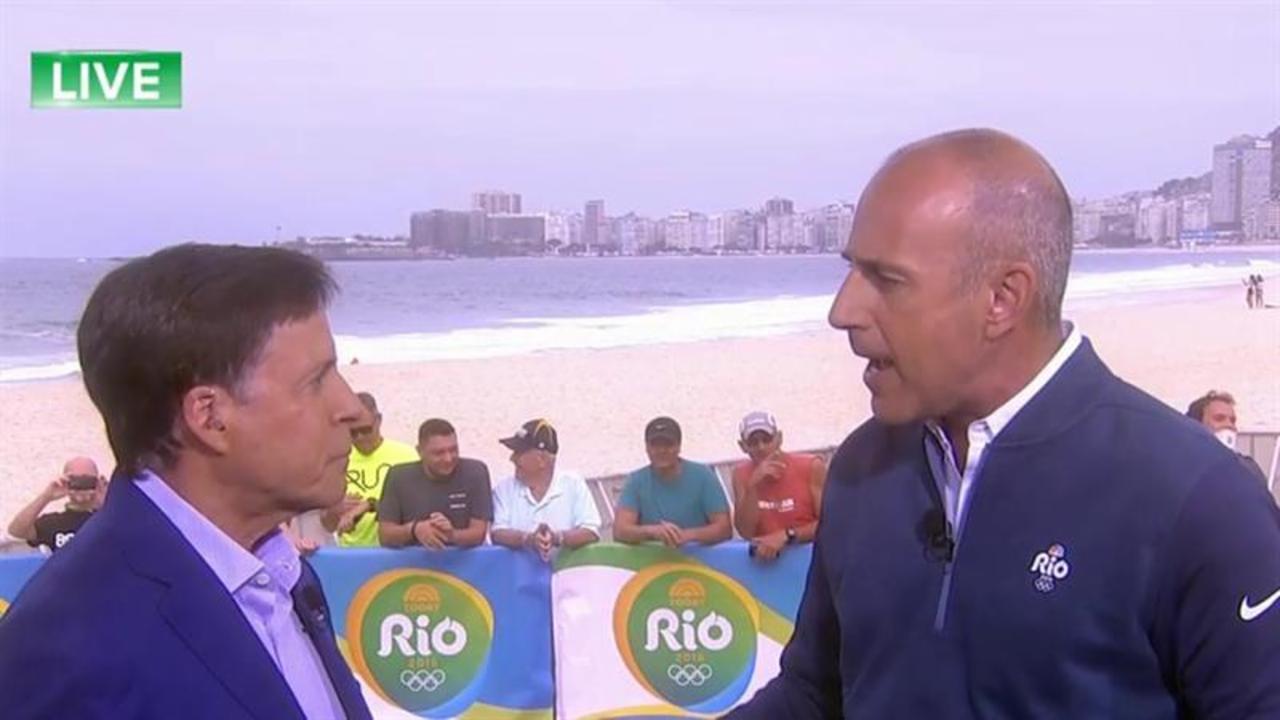 More from AOL.com:
WHERE ARE THEY NOW? The stars of Sydney 2000, Michael Phelps' first Olympics
Michael Phelps and Katie Ledecky were just added to 2 more events — and it looks like a huge win for NBC
Tears and joy: Capturing Olympic history on camera