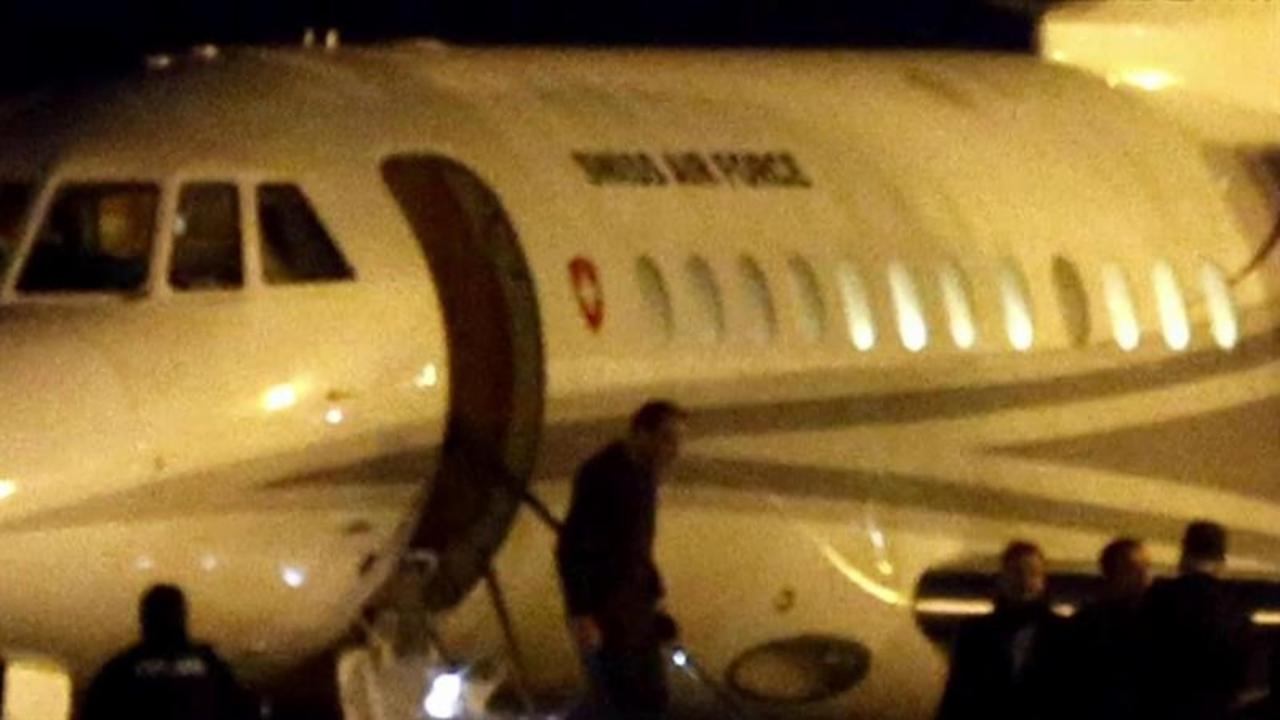 An Emirates jetliner arriving from India caught fire after slumping onto the runway in Dubai on Wednesday, killing one firefighter in an intense blaze and bringing the world's busiest international airport to a halt for several hours.

All 300 passengers and crew were safely evacuated from the gutted Boeing 777-300 after a crash that one survivor described as terrifying. Fourteen people were admitted to hospital.

The Dubai carrier's first significant accident happened after the crew apparently attempted to abort the landing for a second attempt amid unconfirmed witness reports of landing gear problems.

Video showed a tower of flame bursting from the front of the plane, and then a thick black plume of smoke rising into the sky. Reuters was unable to verify the footage independently.

Photographs on social media showed a plane lying crumpled on the tarmac with black smoke pouring from its upper section, and later images showed a gap along the length of the charred fuselage where its roof had been.

"It was actually really terrifying. As we were landing there was smoke coming out in the cabin," said passenger Sharon Maryam Sharji. "People were screaming and we had a very hard landing. We left by going down the emergency slides and as we were leaving on the runway we could see the whole plane catch fire. It was horrifying."

Another passenger leaving the airport with his family said there had been a problem with the landing gear.

A spokesman for operator Dubai Airports said everyone aboard flight EK521 coming from Thiruvananthapuram in southern India had been evacuated.

See images from the incident:

Flights at Dubai International resumed at 6:30 p.m (1430 GMT) after all arrivals and departures were suspended for over five hours, authorities said.

According to air traffic control recordings cited by Aviation Herald, a respected independent website monitoring air accidents, controllers at Dubai reminded the crew of the Boeing 777 to lower the landing gear as it came into approach.

Shortly afterwards, the crew announced they were aborting the landing to "go around," a routine procedure for which pilots are well trained. But the aircraft came to rest near the end of the runway instead, Aviation Herald reported.

It was not immediately clear whether the landing gear was extended by the time the aircraft touched the ground at around 0845 GMT, though a family of passengers who declined to be named said the wheels did not deploy and the jet landed on its belly.

Unverified amateur video posted on Twitter appeared to show the plane sliding on its belly moments after landing, with its right engine torn away from its usual position under the wing.

Emirates initially said there were 275 passengers and crew aboard the plane, in service with the airline since 2003, but later updated that number to 282 passengers and 18 crew.

Both the airline and aircraft have a solid safety record. It is the first time an aircraft operated by Emirates has been damaged beyond repair since the carrier was founded in the 1980s.

The crash is nonetheless a blow to the Dubai carrier weeks after it was voted the world's top airline by Skytrax at the Farnborough Airshow, taking the crown from rival Qatar Airways.

Emirates carried 51.3 million passengers in 2015 and is the world's fourth largest carrier in terms of passenger traffic. It has over 250 aircraft, including the world's largest fleet of Airbus A380 and Boeing 777 jets.

He said the plane had undergone maintenance in 2015 and that the United Arab Emirates pilot had over 7,000 hours of flying experience.

Safety experts said it was too early to pinpoint a cause for the crash, but Sheikh Ahmed ruled out any security breach.

Boeing said it would work with Emirates to gather more information.

Investigators will scour the wreckage and interview pilots, controllers and witnesses for clues to any technical malfunctions, human error or weather-related problems.

Judging by footage of the aircraft's intact tail section, where the 'black box' flight recorders are located, vital voice and data recordings should be retrievable.

According to specialist aviation weather reports, at the time of the accident temperatures at Dubai International airport were up to 49 degrees Celsius (120 degrees Fahrenheit) and wind shear - a potentially hazardous condition involving sudden and unpredictable changes in wind direction or speed - was indicated on the airport's runways.