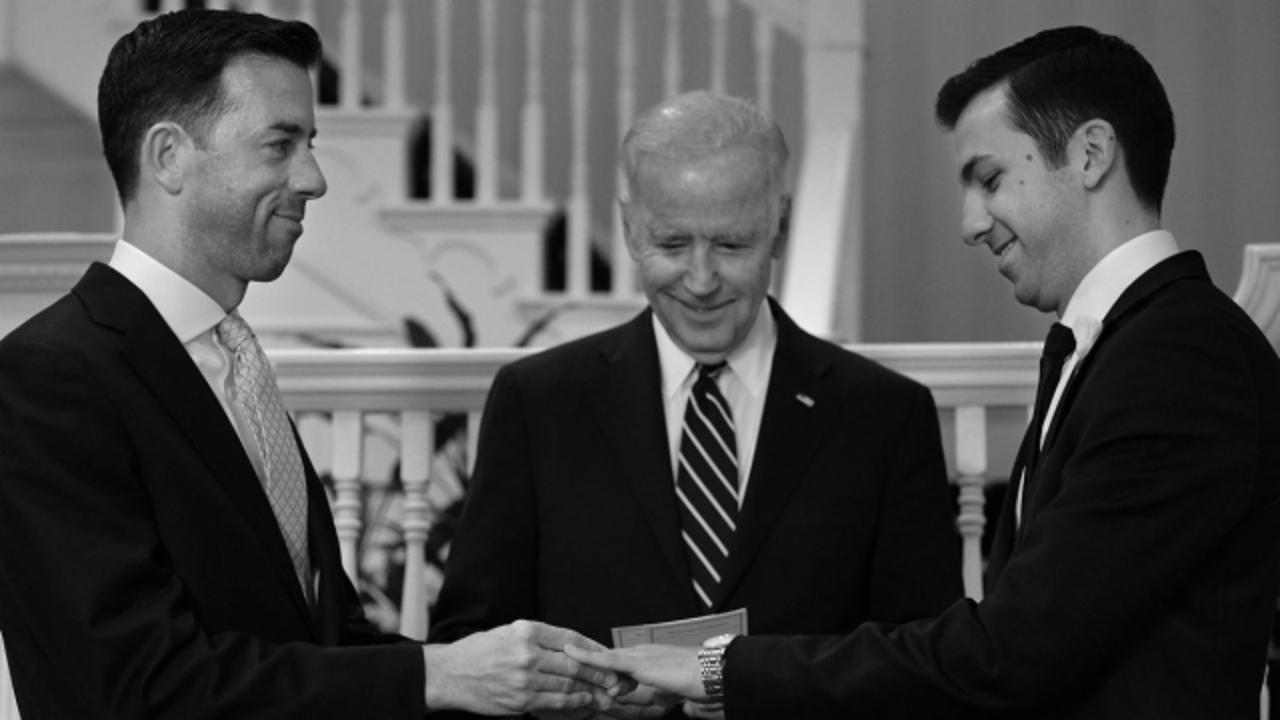 According tomediareports, it was Biden's first time officiating a wedding.

"This is all about a simple proposition: Who do you love?" Biden said during an interview on "Meet the Press." "I am absolutely comfortable with the fact that men marrying men, women marrying women and heterosexual men and women marrying are entitled to the same exact rights."

Biden made that statement in 2012 as the re-election campaign was ramping up. At the time, President Barack Obama hadn't endorsed same-sex marriage, but he did support civil unions.

"I think same-sex couples should be able to get married," Obama told ABC a few days later.

No word if Biden will continue officiating weddings when he leaves office in January. CNN reports he was only temporarily certified to marry the staffers.