The origins of American political parties: a crash course 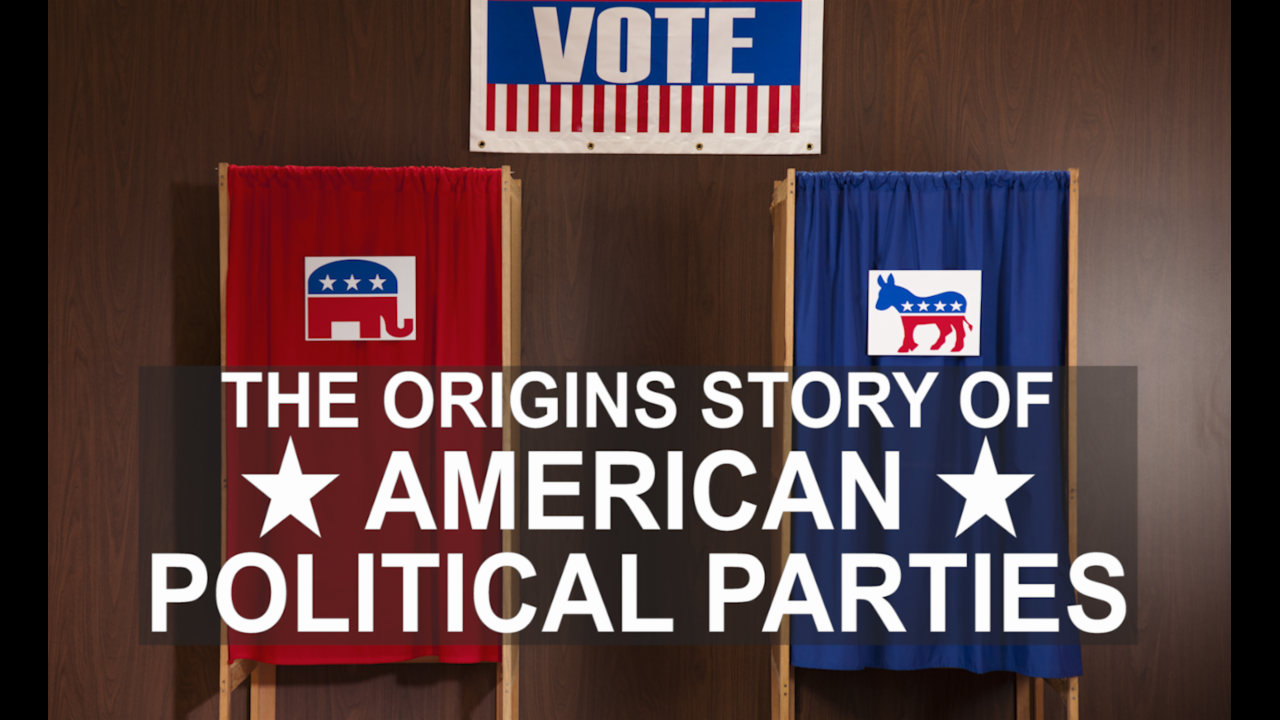 Long before there were Republicans and Democrats, there were Federalists led by Alexander Hamilton...

And the Anti-Federalists led by Thomas Jefferson.

The Federalists were the first American political party in 1787.

They were businessmen and merchants who wanted a strong central government to protect industry.

In opposition to the Federalists there was a group that wanted a smaller government that wouldn't interfere with their lives. These mostly small farmers and planters became known as the Anti-Federalists.

SEE ALSO: The story behind political party mascots
The Anti-Federalists would later form a party called the Democratic-Republicans.

Fast forward to 1828, and Andrew Jackson changed the Democratic-Republican Party's name to the Democrats.

Those who were against Jackson created the Whig Party out of the former Federalist Party.

By 1854, the Civil War further divided the political factions. The Democrats split into the Northern Democrats and the Southern Democrats formed by pro-slavery pro-states' rights members.

Out of the Whig Party came the Republican Party, which was the party of Abraham Lincoln and took a stand against slavery.

The Southern Confederacy's loss in the Civil War weakened the Democrats.

The Republicans would remain the major party, favoring business interests and taxes on imports. While the Democrats supported free trade and attracted farmers and immigrants.

The Republicans and Democrats would not shift again until Franklin D. Roosevelt's presidential campaign in 1932.

Roosevelt Democrats wanted the federal government to actively help those affected by the Depression.

While both parties differ from issue to issue, these two core beliefs would set the foundation for the Democratic and Republican parties we know today.

Click through the gallery below to see photos of Hollywood's biggest 2016 election donors:


More from AOL.com:
10 things you didn't know about Chelsea Clinton
Meet the other candidates on the 2016 presidential ticket
The story behind political party mascots
Tags
Read Full Story