How the cast of 'Suicide Squad' compares to the comics 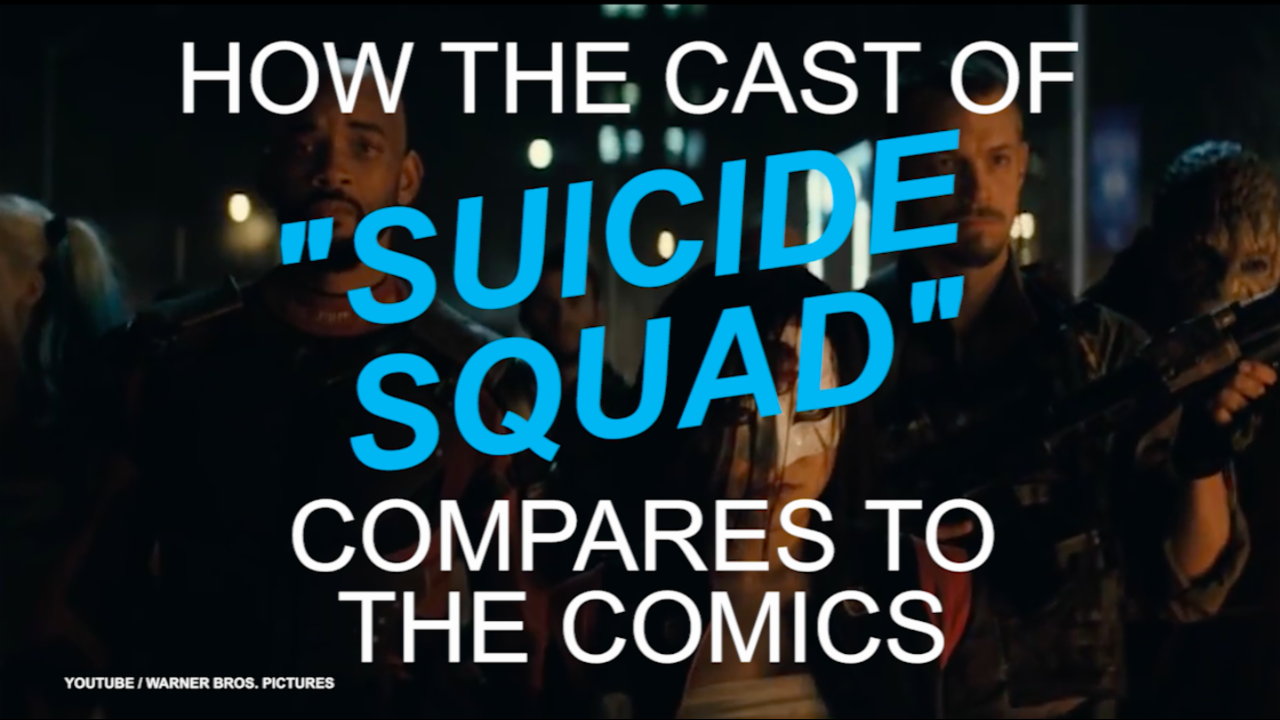 The highly anticipated anti-hero movie is set to bring some famous cast of comic book characters to the silver screen.

But while some of the actors are dead ringers for their comic book characters, others could be subject to more debate.

So how do the actors playing them compare the original drawings? Watch the video above to find out.

In case you needed an introduction or a refresher about the Suicide Squad, check out a rundown of all the characters below:

Waller is the ruthless leader of the squad, assembling the group of villains.

Will Smith as Deadshot

Deadshot is assassin with perfect aim and a desperate death wish.

Quinn became obsessed with the Joker after falling in love with him.

He's described as a thug from Australia who gets his name because of his penchant for boomerangs.

Jared Leto as the Joker

Not much is known about one of the most recognized villains in pop culture history - except he'll do anything for a laugh, even kill.

He set fire to a building, killing everyone inside and later turned himself over to the police.

Enchantress is otherwise known as June Moone who was possessed by the powerful witch.

Killer Croc was born with a birth defect that manifested into him developing crocodile attributes.

Flag is a government agent enlisted by Waller to keep the squad in line.

Katana became a vigilante hero after her husband was killed.

He is an assassin that developed a formula to create indestructible ropes.

RELATED: Check out these tips on how to dress just like Harley Quinn:

Get the Look: Harley Quinn
Harley Quinn's iconic "Property of Joker" bomber jacket is available at Hot Topic.
BUY IT
We love this totally wearable homage to this summer's hottest blockbuster -- and its most sizzling star.
BUY IT
Embroidered diamond details and a lace-up crotch add a whimsical touch to the high-waisted shorts.
BUY IT
Colorblocked knee-high socks offer some schoolgirl sex appeal.
BUY IT
Harley would kill for this on-trend choker.
BUY IT
Really get into character with Quinn's bubblegum wig.
BUY IT
Ladies with lighter 'dos can try temporary chalk paint for a more natural look!
BUY IT
Of course, no costume would be complete without a pair of fishnets.
BUY IT
Up Next