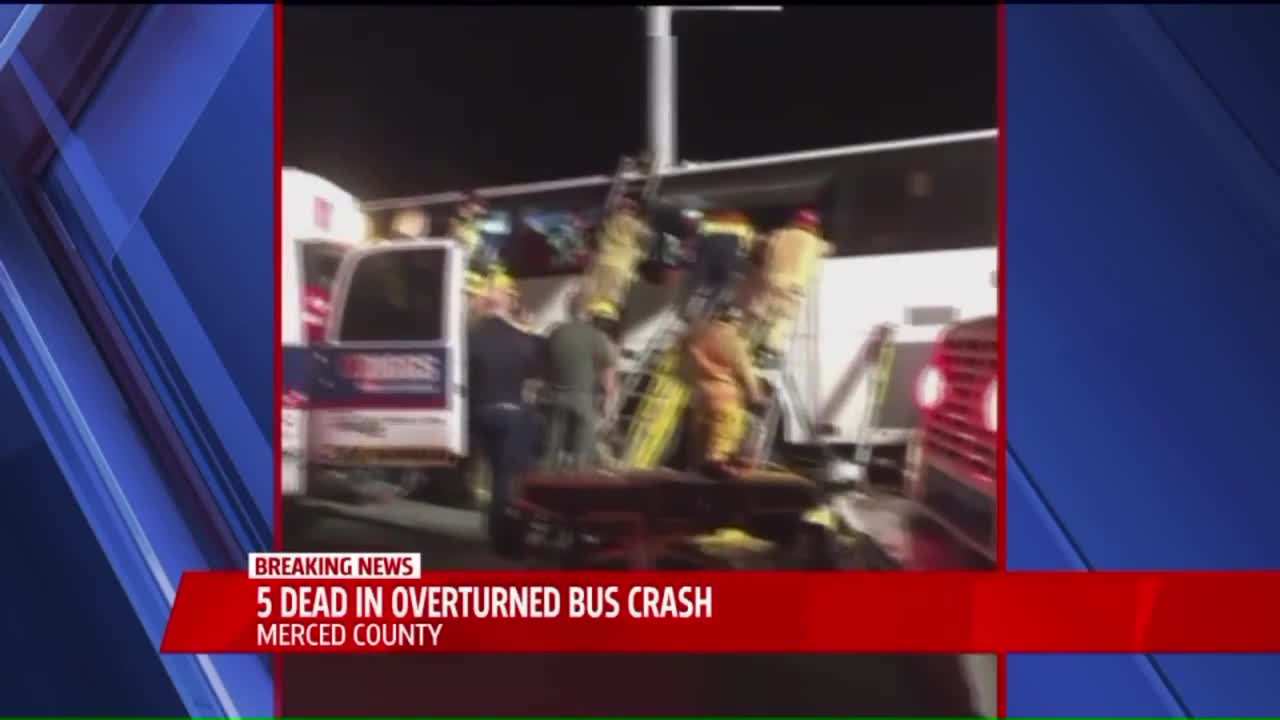 LOS ANGELES, Aug 2 (Reuters) - At least five people died when the charter bus they were on crashed into a pole by a highway in Northern California early on Tuesday, officials said.

Images from Sacramento television station KCRA showed the pole for an exit sign sliced lengthwise through the bus, from its front to its middle.

SEE ALSO: US Army using spiders to save soldiers' lives
​​
The bus was en route to Sacramento from Southern California at about 3:30 a.m. (1030 GMT) on State Route 99 when it crashed, California Highway Patrol spokesman Moises Onsurez said by phone.

Highway Patrol officials said the cause of the crash near the town of Livingston was under investigation.

At least five people on the bus were killed, Onsurez said.

Several passengers were airlifted to local hospitals, Onsurez said, but he could not immediately say how many were injured.

The bus driver suffered major injuries, according to the San Francisco Chronicle.

Local media reported the bus suddenly veered off course. Roughly 30 people were on board at the time, television station CBS Sacramento reported.