11 surprising things that your physical appearance says about you 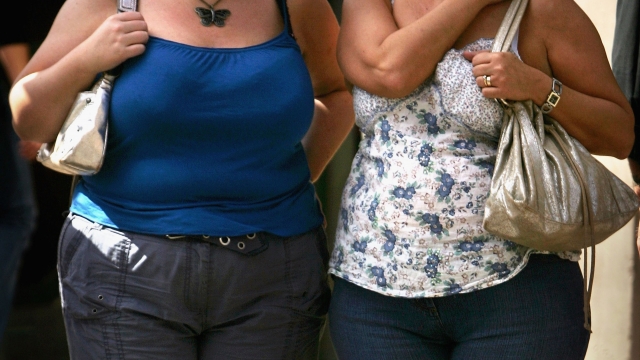 Within a few seconds of seeing someone — whether it's on a date or at the grocery store — we decide a number of things about them, from how smart they are to how likely they are to commit a crime.

Surprisingly, our first impressions can be remarkably accurate in some instances. In others, they can be wildly off-base.

Here are a few of the things that we determine about people based on how they look.

If you're attractive, people assume you have other positive traits as well.

Thanks to a phenomenon that social psychologists call "the halo effect," we tend to assume that good-looking people possess other positive qualities aside from their looks, such as intelligence and commitment.

Daniel Hamermesh, a University of Texas psychologist who studies beauty in the workplace, found that, among other things, this cognitive bias means good looking people tend to get paid more.

People can also get a surprisingly accurate read of your personality from a photo.

People can tell a surprising amount about your personality from your portrait.

In a 2009 study, researchers showed participants the photos of 123 undergrads from the University of Texas at Austin in which the undergrads either were told to have a neutral expression or were allowed to pose however they wanted.

People use facial clues about your height to judge your leadership abilities.

In 2013, a group of psychologists, neuroscientists, and computer scientists from Europe and the US had a small group of participants look at portraits of 47 white men and 83 white women and evaluate them first on their height and next on their ability to lead.

The researchers found that people used factors in the photos like gender and face length to make guesses about people's height, and then used these same factors when they judged their leadership qualities. Faces that appeared to belong to taller people were rated as belonging to better leaders.

Your facial structure can give people clues about how aggressive you are.

A small 2013 study by researchers at the Center for Behavior Change at the University College London suggested that men with higher testosterone levels were (not surprisingly) more likely to have wider faces and larger cheekbones. Men with these facial features also tended to have more aggressive or status-driven personalities.

People also use your facial structure to make judgments about how strong you are.

In a 2015 study, scientists showed people photos of 10 different people with five different facial expressions and then asked them to rate how friendly, trustworthy, or strong the photographed person appeared.

If you look 'untrustworthy,' you're more likely to be seen as a criminal.

It's unclear why some of us appear more trustworthy than others, but this quality may have life-changing consequences. Researchers from Israel and the UK had volunteers look at photos of men and women that had been randomly selected from two photo databases and rate the emotional state, personality traits, and criminal appearance of the people pictured. The first set of photos came from a police mugshot database; the second were controlled photos in which actors had been told to look happy, neutral, or angry.

Regardless of where the photos had come from, people who were rated less trustworthy and more dominant also tended to be seen as criminals. In the controlled photos, angry faces were seen as the most criminal.

How people perceive your face could be a life-and-death matter.

For a 2015 study, researchers showed roughly 200 people photographs of Florida men on death row and asked them to rate how trustworthy they appeared.

Those who were rated as untrustworthy were more likely to be sentenced to death. In a disturbing twist, study participants tended to rate death-row convicts who were later exonerated as appearing less trustworthy than those who were eventually convicted.

Cognitive biases aside, how you look can sometimes indicate things about your health. Wrinkles, for example, can suggest heart problems.

Pruney skin can reveal more than just age — it may also tell us something about how our hearts are doing. A 2012 study compared the amount of wrinkles on the faces and upper inner arms of a group of 261 people with long-lived parents to a random group of 253 people the same age. Women with the lowest risk of heart disease were described as looking more than two years younger than their age compared to those with the highest risk of heart disease.

Other underlying health issues may be seen first in the eyes.

Doctors can diagnose a number of conditions just from looking at your eyes. Red spots in the retina, the light-sensitive layer at the back of the eye, can be a sign of diabetes. When blood sugar levels get too high, this can block the blood vessels in the retina, causing them to swell and burst.

Your face might not tell the whole story. For men, finger length has been tied with cancer risk.

Scientists studied the finger lengths of 1,500 prostate cancer patients and 3,000 healthy men over a period of 15 years by asking them to look at pictures of hands and choose one that resembled their own.

Men who said their index fingers were the same length or longer than their ring fingers were one-third less likely to be diagnosed with prostate cancer over the course of the study than men whose index fingers were relatively shorter, and the effect was even larger for men under the age of 60. Keep in mind that the study was based on the men's reported finger length, not actual measurements, so further studies are probably needed to confirm the findings.

And your height could reveal your risk of certain diseases.

Studies suggest that taller people have a lower risk of heart disease, while shorter people may have lower rates of cancer. The effects are believed to do with the amount of growth hormone produced, which can protect against some diseases, but increase the risk of others. The findings do not necessarily mean that being tall or short will prevent you from getting either disease, however.

Body language expert Tonya Reiman, author of "The Power of Body Language," previously told Business Insider that job candidates should make sure they offer the "appropriate amount of eye contact."

"If you don't, the interviewer will assume you are either insecure, don't have an appropriate answer for the question being asked, or are being deceptive. Does that mean it's true? No, but perception is everything in a job interview."

"It also sets off the mirror neurons in your listener, instructing them to smile back. Without the smile, an individual is often seen as grim or aloof," she explained.

This may give the interviewer the impression that you're bored or uninterested in the conversation. Instead, keep your hands on the desk or table, and don't fidget.

In their book "Crazy Good Interviewing," John B. Molidor, Ph.D., and Barbara Parus suggest showing your palms during an interview — since the gesture indicates sincerity — or pressing the fingertips of your hands together to form a church steeple. which displays confidence, reports Business Insider's Shana Lebowitz.

Reiman previously told Business Insider you should always be aware of your posture.

"People don't realize that the job interview begins in the waiting room, but it does. So don't slouch in the chair in the reception area," she advised. "In order to be perceived as confident, you must sit or stand tall, with your neck elongated, ears and shoulders aligned, and chest slightly protruding."

This position changes the chemicals in our brain to make us feel stronger and more confident, and it gives the outward appearance of credibility, strength, and vitality, she explained.

Playing with your hair, touching your face, or any other kind of fidgeting can be a major distraction for your interviewer. It also demonstrates a lack of power, said Reiman.

This gesture will tell the interviewer you're not comfortable or you're closed off.

"You should always keep your hands in view when you are talking," Patti Wood, a body language expert and author of "SNAP: Making the Most of First Impressions Body Language and Charisma," previously told Business Insider. "When a listener can't see your hands, they wonder what you are hiding." To look honest and credible, keep your arms uncrossed and show your hands.

"When we touch our faces or hair, it is because we need self soothing,"Reiman explained.

Is that the message you want to send to your interviewer

A weak handshake may tell the interviewer that you're nervous, shy, and that you lack confidence, explains Colin Shaw, CEO of Beyond Philosophy, a customer experience consultancy, in a LinkedIn post.

"It's okay to use your hands to illustrate a few important points," writes Lebowitz. "In fact, research suggests that staying too still can give the impression of coldness.

"But relying too much on hand gestures can be distracting, according to Molidor and Parus."

She says you should remember you're in a job interview, not a theater audition.

People tend to show their dominating personality by gripping the interviewer's hand and palming it down, but this tells the interviewer that you need to feel powerful, Reiman explained. "Instead, the handshake should be more natural: thumbs in the upward position and two to three pumps up and down."

As the applicant, you should always wait for the interviewer to extend their hand first, she added.

See Also:
Scientists came to a fascinating conclusion after looking at the DNA of thousands of people with depression
7 myths about how to stay in shape
It's International Tiger Day — here is everything you ever wanted to know about these stunning, wild cats

SEE ALSO: The truth about why your beard hair is wildly different from your head hair, according to science

DON'T MISS: A common belief about working out might be bogus — and it's good news for anyone trying to tone up