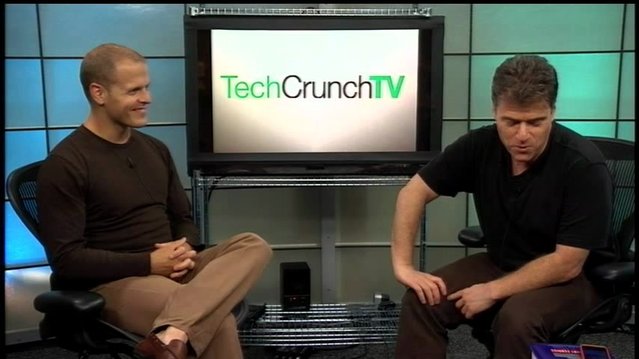 It's tempting to buy into the biggest self-help reading gimmick – the book that promises to change your life, the one that shows you how to transform your entire professional career in five simple steps.

And while some of these reads might work well for some people, it's often the unexpected or unintended that can spark an internal revolution and life change that in turn ends up changing your entire career.

28-year-old John Crestani, a marketing mogul whose online network of services now generates upwards of $500K per month, wasn't seeking a career-focused book when he stumbled upon the one book that ended up making all the difference in his life.

Before, he was reading spiritual works in an effort to "find himself."

But when Crestani opened the pages of "The 4-Hour Workweek" by Tim Ferris, that all changed.

The book markets itself as a "blueprint" to finding success in an ever-changing economy without having to answer to any higher-ups or follow a set schedule.

It provides readers with tools and tips to create an online business from the ground up which can eventually sustain itself on its own as a primary source of income.

Feeling lost on a trip to Thailand, desperately in search of where he wanted to go next in his life, Crestani felt inspired by Ferris' methods:

"I was at a point in my life where I had very little direction, didn't know where I was going, and had this void. I thought 'This sounds freaking awesome and I want to do it.'"

"The 4-Hour Workweek" inspires entrepreneurs and career drifters alike to take control of their lives, to stop waiting for the perfect opportunity and to just seize it even if they don't feel ready:

"Conditions are never perfect. "Someday" is a disease that will take your dreams to the grave with you. Pro and con lists are just as bad. If it's important to you and you want to do it "eventually," just do it and correct course along the way."

Using this newfound mental attitude alongside tactics lined up in Ferriss' book, Crestani was able to pivot the ambiguity in his professional life into something concrete and successful, all while allowing him to be flexible.

If you're feeling worn out with your 9-5, or conversely, lost in career limbo with no set path, this might be the perfect end-of-summer read for you.

Now, check out this list of books that Bill Gates thinks everyone should read:

Sapiens: A Brief History of Humankind by Noah Yuval Harari, $18.51

The Power to Compete by Ryoichi Mikitani and Hiroshi Mikitani, $22.18

More on AOL.com:
The 19 best books for someone just starting out in their career
The 6 money books you should devour this summer
The book that changed Warren Buffett's life