The story behind political party mascots 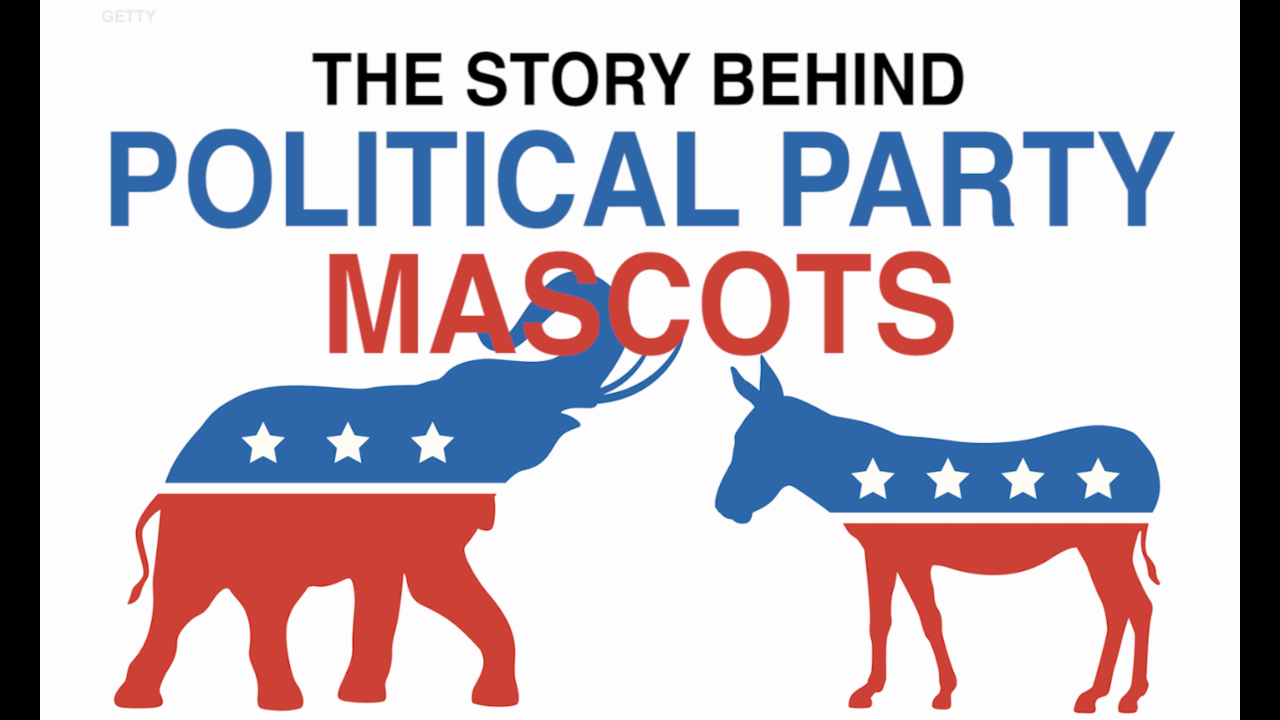 While the mascots of Democrats and Republicans are well known, you may not be aware of the origins behind them.

During the election, his enemies called him... a jackass.

Jackson embraced the name and used the jackass as a symbol. The Democratic Party continued to use the donkey as a symbol of the common man.

The donkey stuck when Thomas Nast published a political cartoon in "Harper's Weekly" in 1874.

One of the animals was an elephant with "the republican vote" written on it.

This is where the republican party found their mascot.

Click through the gallery below to see photos of political throwbacks:

Political #tbt
For all the 26 year-olds → short sleeve button-downs are making a comeback, but health care has never gone out of style. Don't forget to #GetCovered.
You'll want to watch this: A new video looks at some of the fights Hillary's taken on, some of the people she's met, and how both have shaped who she is now. Link in bio. #Hillary2016
People "told me that I shouldn't reach that high, that I didn't have what it would take to get into a school like Princeton. But I ignored the naysayers. I got myself together. I focused on my applications." —The First Lady on the importance of education #TBT #ThrowbackThursday
Barack and Michelle. #ThrowbackThursday #TBT #NoFilter
June 1959: Bernie graduates James Madison High School in Brooklyn, NY, where he captained the track team. #TBT
Hiking and horseback riding at Weaver's Needle in #Arizona's Superstition Mountains circa 1990 #tbt
A friend of mine from high school dug up this old pic - look at that sweater (and hair)! #tbt #JuniorYR #Lancers #NJGov
Baseball season is in full swing! #TBT to my little league days. http://t.co/qMMS1R3iI8
Happy anniversary to my beautiful wife of 40 years.
The country music career didn't quite pan out, but things are going okay. #TBT
With Judy at our high school prom 1983 #tbt
Happy 32nd wedding anniversary, Elizabeth and Bruce!
If you wonder why I am the way I am, it's because of my mom. So, today's #tbt is in honor of my mom, Sandra. I miss her every day. #MothersDay #NJGov
Running for the NYS Assembly, 1974 #ThrowbackThursday #tbt
A 17-year-old me with then-Senator JFK. My friend who took this picture said, "Save this! He may be President one day." #tbt #Kennedy #muchlatergram
For #IReadEverywhere w/ @NYPL, I'm reminded of moments reading to Chelsea when she was little. Let's #closethewordgap http://t.co/7vMK91D1J8
Sporting the sideburns at @tulaneu. laissez les bon temps rouler #tbt #nola
Work hard. Take risks. Follow your passion. Embrace innovation. #ThrowbackThursday #tbt
Judy and me in Cancun circa1987 @ja_mccarthy #tbt
Fishing with my dad and brother on a lake in northern Ohio #tbt
Mustache & motorcycle. Nbd. #tbt #throwbackthursday
Early photo of (now-Speaker) John Boehner (left) with his older brother, Bob. #tbt
Just making some calls on my rotary phone. #tbt #throwbackthursday
The 'stache is back!! #TBT #throwbackthursday
Happy Birthday to Ronald Reagan! It was an honor to meet one of the greatest presidents our nation has seen #tbt
In honor of #nationalsiblingsday a #tbt of yet another #awkwardfamilyphoto w/ my brother and sister. #thanksmom
#tbt from the early 1950s. From left to right: #Santa, me, my brother.
Happy #NationalSiblingsDay! #TBT #ThrowbackThursday
College wasn't cheap when I was in school. But it's become completely unaffordable now. #tbt
Sen. Murray & #SCOTUS Justice Ruth Bader Ginsburg. (July 30, 1993) #NotoriousRBG #TBT #throwbackthursday #standwithwomen
Here's a #tbt photo of me at Plainville Grade School. I'm proud to represent the same constituents I grew up with in Kansas.
Up Next

More from AOL.com:
Did Fox News skip the DNC's most moving speech?
Hillary Clinton's convention speech was more of a hit with voters than Donald Trump's
Kaine contradicts Clinton statements on abortion funding