Drenching downpours to stretch across northeastern US on Monday 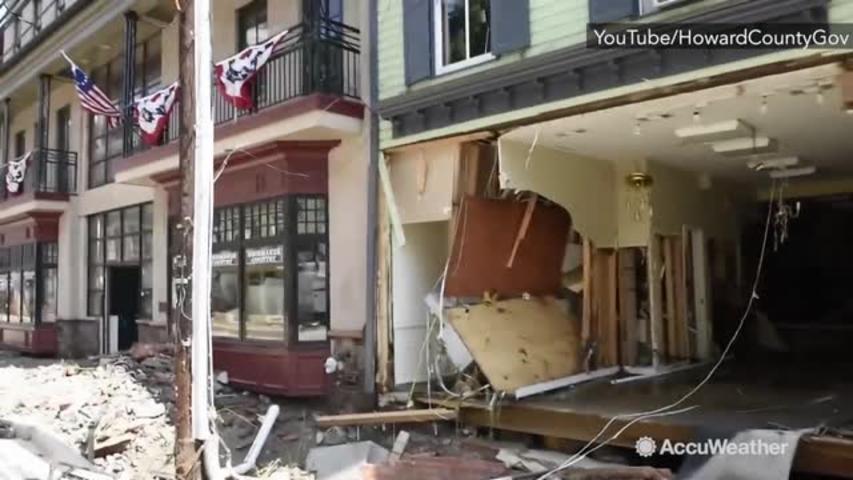 By Kristina Pydynowski for AccuWeather

Drenching downpours and risk of localized flash flooding will continue in parts of the northeastern United States through Monday night.

The greatest risk for localized flash flooding will exist from Virginia to eastern New York state. However, there is also the potential for spotty heavy rain in parts of New England.

"The biggest problem with the downpours and thunderstorms in this pattern is that they move very slowly, allowing heavy rain to persist over a given spot for an extended period of time," according to AccuWeather Meteorologist Brian Thompson. 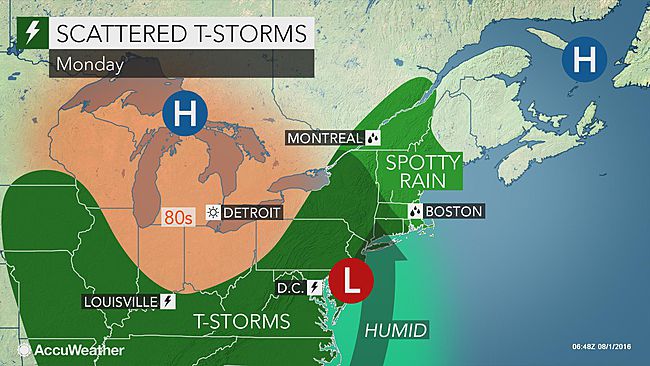 Ocean County Airport, New Jersey, was inundated with more than 5 inches of rain in as many hours on Sunday morning. Due to similar totals farther to the north in Hunterdon County, New Jersey, the Raritan River was among the waterways in the area that exceeded its banks.

"These slow-moving downpours could potentially impact some of the same areas that have been hit by flash flooding over the weekend," Thompson said.

The rain will be beneficial for dry areas across the region.

Parts of western New York, north-central Pennsylvania, eastern Long Island and central New England are in the midst of a severe drought, according to the U.S. Drought Monitor.

However, not every area will see the downpours.

"The heavy rain will be localized with some places picking up several inches of rain and nearby areas seeing almost nothing," Thompson said.

Even where flash flooding does not occur, the downpours can create hazards for motorists by producing sudden low visibility. Motorists will need to reduce their speed to minimize the risk hydroplaning.

The storms can become intense enough to cause airline delays.

People spending time outdoors will need to keep an eye out for changing weather conditions. In addition to the risk of getting drenched, there can be frequent lightning strikes and brief strong wind gusts. 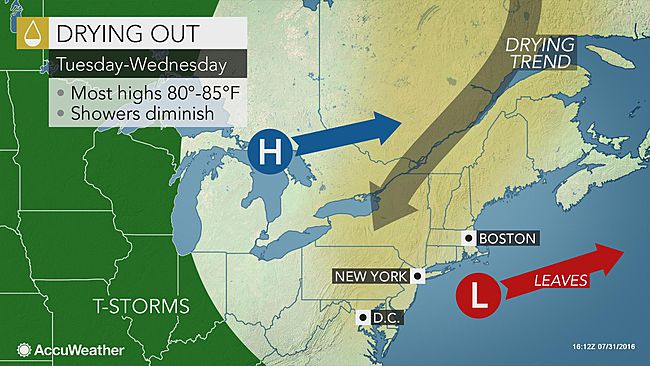 Beyond Monday night, the risk of flash flooding will decrease, but will not go away completely.

Some dry air will mix in and that should make the downpours more spotty in nature.

"Weak steering winds will continue and enough moisture will linger so that a few more storms are likely to develop into midweek," according to AccuWeather Chief Meteorologist Elliot Abrams.

As a result people will need to be on guard for the potential for additional torrential downpours and the consequences of flooding they can bring.

Humidity and temperatures will climb once again later in the week across the northeastern U.S. ahead of a cold front set to likely start the new weekend off on a stormy note.