Skydiver sets record for highest jump without a parachute 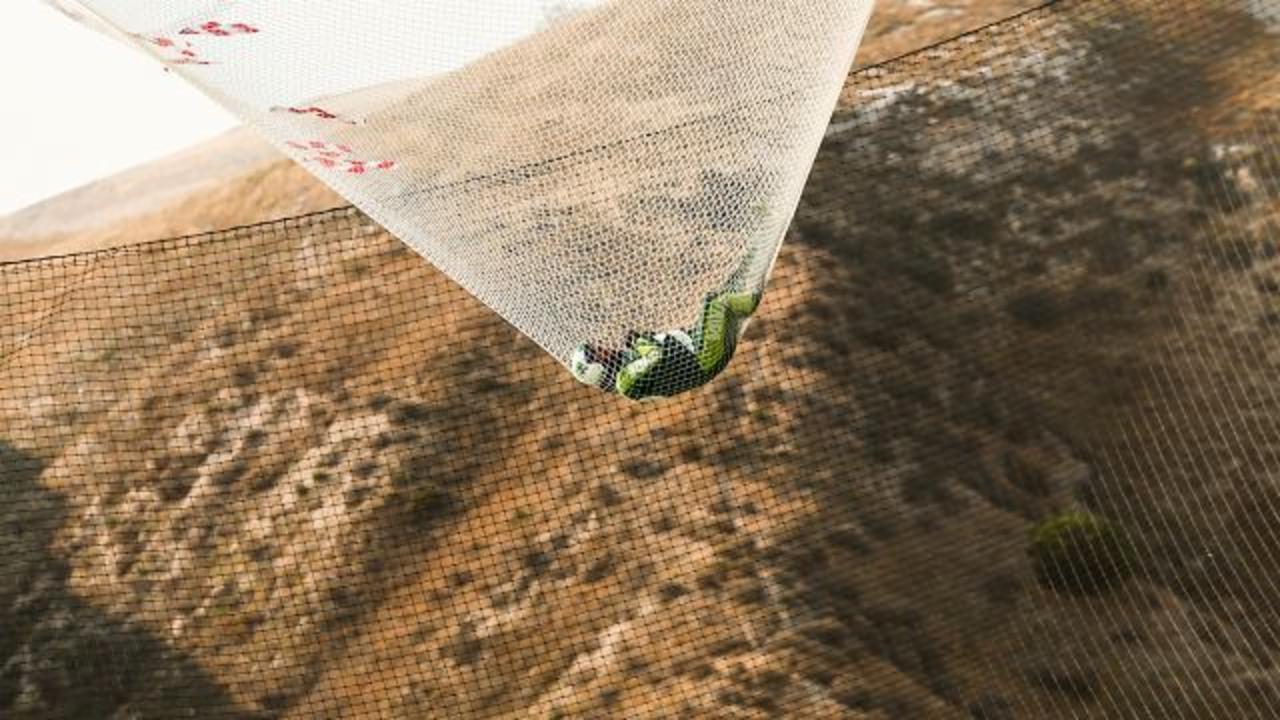 "I'm out here getting ready to do something that's never been done before. We're going to jump from 25,000 feet, we're going to do it without a parachute, and we're going to land in this awesomely designed net behind me," Luke Aikins said prior to the jump.

Jumping out of a plane 25,000 feet in the air without a parachute is one of those things you simply shouldn't try at home.

SEE ALSO: Tokyo elects first woman governor as it prepares for its Olympics

But skydiver Luke Aikins made history Saturday night by becoming the first person to do just that, successfully landing in a giant net far below.

Aikins set the record for highest successful jump without a parachute, landing in a net that was about a third the size of a football field. He positioned himself using only air currents before landing on his back in the net.

The jump took place in Simi Valley, California, as a part of Stride Gum's Heaven Sent event. It was televised with a five-second delay on Fox.

The jump went about as perfect as it could've gone, but as Deadline reports, it almost didn't happen.

The outlet says SAG-AFTRA, a TV labor union, warned Fox officials that the stunt would be too dangerous to show if Aikins didn't wear a parachute.

The outlet wrote: "Everyone involved with the stunt was pissed. To them it's like a union telling a trapeze artist or a high wire act they can't perform without a net – only in this case, Aikens was working with a net."

Aikins, who has been skydiving since he was 16 years old, was eventually allowed to attempt the stunt without wearing a parachute.

This video includes a clip from Amusement Park and images from Getty Images. Music provided courtesy of APM Music.

More from AOL.com:
Ralph Lauren revealed as designer of Hillary Clinton's historic white pantsuit
Granddaughter gave her grandparents a heartwarming photoshoot to celebrate 63 years of marriage
Lena Dunham bares her booty and flashes a peace sign aboard a boat -- see the pics!