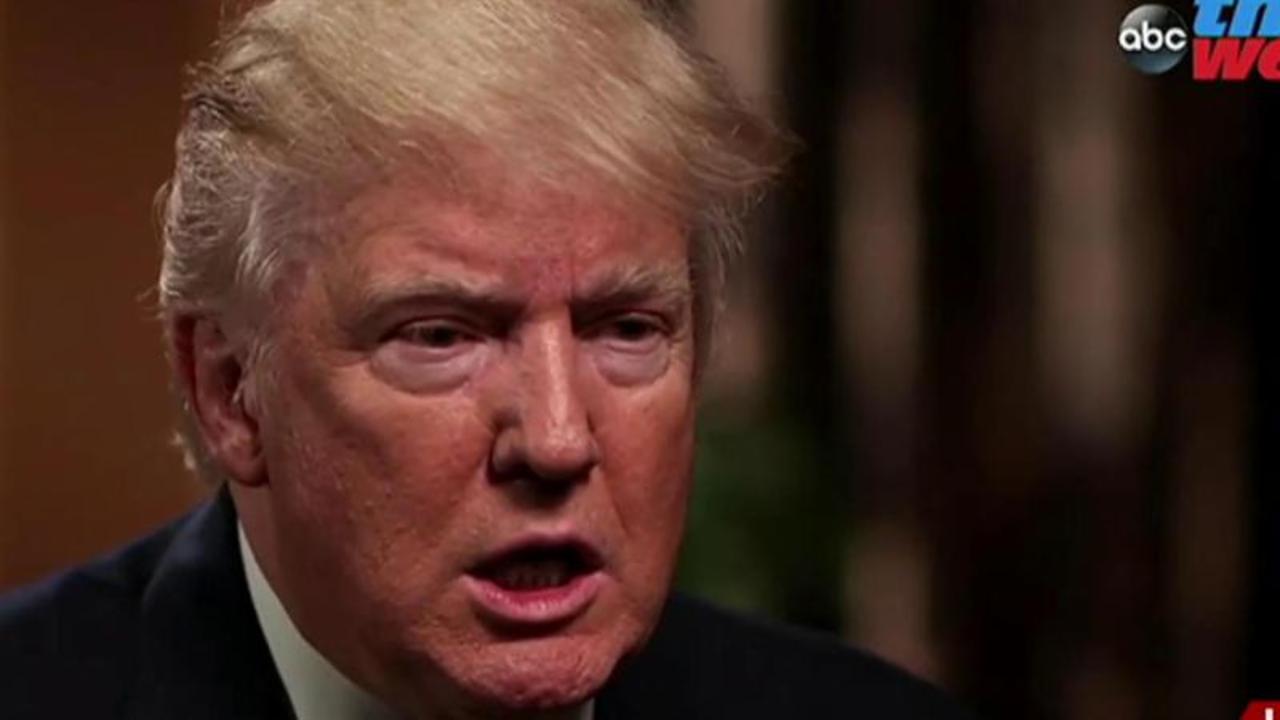 One of the most powerful speeches delivered at the Democratic National Convention came from Khizr Khan, the father of a fallen Muslim-American war hero. Khan spoke out against Donald Trump, saying, "Donald Trump consistently smears the character of Muslims. He vows to build walls and ban us from this country ... Let me ask you, have you even read the United States Constitution?"

Trump brushed off Khan's criticism, saying he's made "a lot of sacrifices" equivalent to losing one's son in action — he also implied that Khan's wife, Ghazala Khan, who stood silently by his side during her husband's speech, was prohibited from speaking due to her Muslim faith: "If you look at his wife, she was standing there, she had nothing to say," he said. "She probably, maybe she wasn't allowed to have anything to say. You tellme."

On Sunday, Ghazala Khan penned an op-ed for the Washington Post to tell Trump that, no, she wasn't prevented from speaking by her religion. She was simply too devastated to trust herself to speak without breaking down. "Without saying a thing, all the world, all America, felt my pain," she wrote. She went on:

I cannot walk into a room with pictures of Humayun. For all these years, I haven't been able to clean the closet where his things are — I had to ask my daughter-in-law to do it. Walking onto the convention stage, with a huge picture of my son behind me, I could hardly control myself. What mother could? Donald Trump has children whom he loves. Does he really need to wonder why I did not speak?

She then clarified that her silence was not due to the fact that she's Muslim, despite Trump's inferences. "My religion teaches me that all human beings are equal in God's eyes," she said. Husband and wife are part of each other; you should love and respect each other so you can take care of the family. When Donald Trump is talking about Islam, he is ignorant."

"Donald Trump said he has made a lot of sacrifices," she concluded. "He doesn't know what the word sacrifice means."

More from New York Magazine:
The Father of an American Muslim War Hero Indicts Donald Trump's Patriotism
Demi Lovato Spoke at the DNC About Her Struggle With Mental Illness
Samantha Bee Gleefully Celebrates Roger Ailes Being Forced Out of Fox