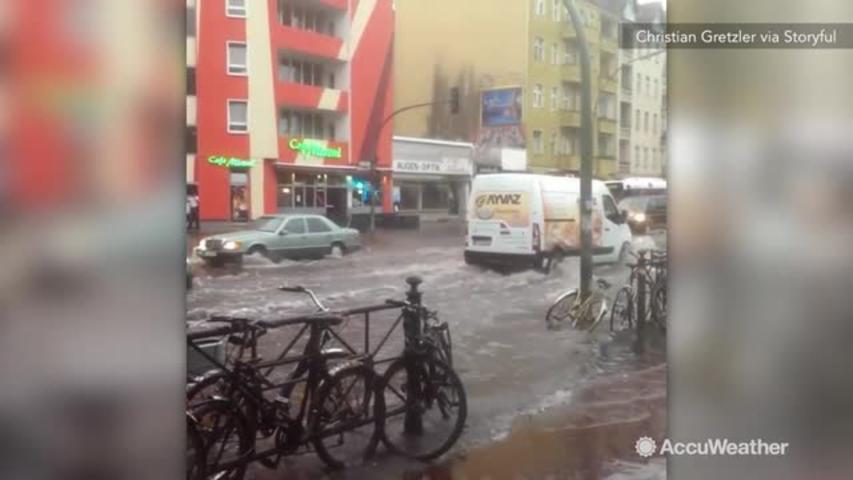 By Alex Sosnowski for AccuWeather.com

Drenching and locally severe thunderstorms hit portions of the mid-Atlantic on Thursday.

Two structures were set on fire after being struck by lightning in New Jersey.

The locally severe storms targeted a very heavily populated part of the nation, including Philadelphia where the Democratic National Convention was entering its final night. Hillary Clinton closed the convention with her acceptance speech.

More from AccuWeather: MinuteCast® for Philadelphia

Due to the potential for flash flooding, Philadelphia Mayor Jim Kenney urged residents and visitors in town for the convention to take precautions ahead of the storms.

While there were no reports of flash flooding in Philadelphia, several water rescues were performed in York County, Pennsylvania, and northern West Virginia, according to local officials.

The Philadelphia Office of Emergency Management issued warnings for those who were outdoors to seek shelter immediately due to the threat of lightning.

However, the worst of the severe weather stayed south of Philadelphia, Mussoline said.

A trained spotter reported 2.75 inches of rain in Vineland, New Jersey, about 40 miles south of Philadelphia. Minor street flooding was reported in nearby Pitman, New Jersey.

Several funnel clouds were spotted in Talbot County on Maryland's eastern shore, according to social media reports and trained spotters.

Gusty winds from the storms caused tree and power line damage in parts of Virginia.

Farther north, a line of gusty storms ripped through portions of Maine on Thursday afternoon and caused damage in some communities.

Additional batches of soaking rain and locally strong storms are in store for the region this weekend.

More from AccuWeather: Waves of thunderstorms to pave way for uptick in Atlantic tropical storms, hurricanes during August