Interview: Tim Tebow talks role models, his future in politics and if he will return to the NFL 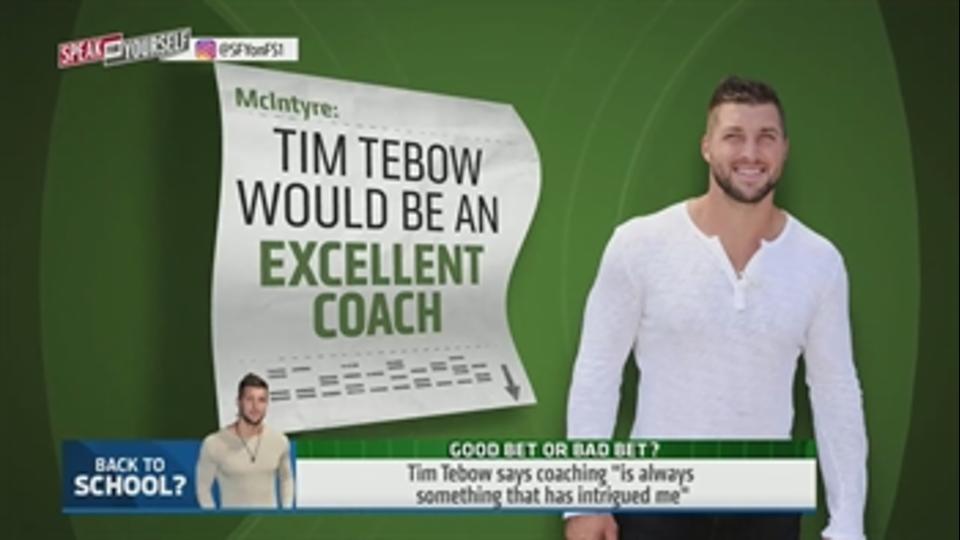 Tim Tebow has been absent from the NFL scene for about a year, but anybody who's familiar with the former Heisman Trophy winner knows that football isn't the only thing on his plate.

In celebration of the Allstate AFCA Good Works Team's 25th anniversary, Tebow -- who was a member of the team in 2009 -- spoke with AOL.com about the impact the team has, among other things. The team celebrates student-athletes' successes on the field, in the classroom and in their communities.

Tebow also opened up about his own personal role models, his work with the SEC Network and ESPN, his NFL future and his potential involvement in the world of politics. You can read our full conversation with him below.

Explain a little about your involvement with the Allstate AFCA Good Works Team, and what's your favorite part about it?

It's something that I've been a part of since I was on the team in 2009, and it's just something that I really feel is important, especially in the time that we're in right now, in this day and age. There's so much that's dividing young people, and there's so many things that, as a culture, we celebrate. But what we need to be celebrating is these kids that are succeeding and doing amazing things on the field, but more importantly, what they're doing off the field, and the type of people they are, and how they're setting an example for the next generation and really making a difference.

These 24 kids and one coach that are gonna be on this team, I feel like that's something that needs to be celebrated, needs to be talked about, needs to be cheered for, because this is what we want the next generation to see and emulate and watch. And that doesn't just mean that they're the best in the country at what they do -- I mean, they are. Guys like Deshaun Watson, who is doing a lot for Habitat for Humanity. His story is awesome, because they have his family a house when he was young, but that's besides the point. Guys like Derek McCartney at Colorado who gives his time in the middle of spring ball to donate bone marrow to help save a young kid with cancer.

SEE ALSO: NFL power rankings: Which teams enter camp with the most confidence?

These college athletes are under a lot of pressure and scrutiny, they're trying to do great in the classroom and do great on the field. But they're also saying that's not enough, that I'm gonna give my time, energy and resources to help set a great example, to help kids, to make a difference. What's cool is that they all have their own passion. Whether some kid is going on missions trips, whether one kid is helping in their local community -- so many different things that they're finding and making a difference. It's just so cool, and it's something that we need to honor.

As awesome as scoring touchdowns and winning championships are -- anybody who's watched me play, they know I'm passionate about the game of football, especially college football -- but I think we have to be even more passionate about how awesome these kids are, and the difference they're making in their communities, and the standard that they're setting for the next generation. That's why I'm passionate about it. In a day and age that there's so much that can be divisive, these are kids that are doing something amazing and bringing people together, and that's something to really rally around. That's a story that should be told. 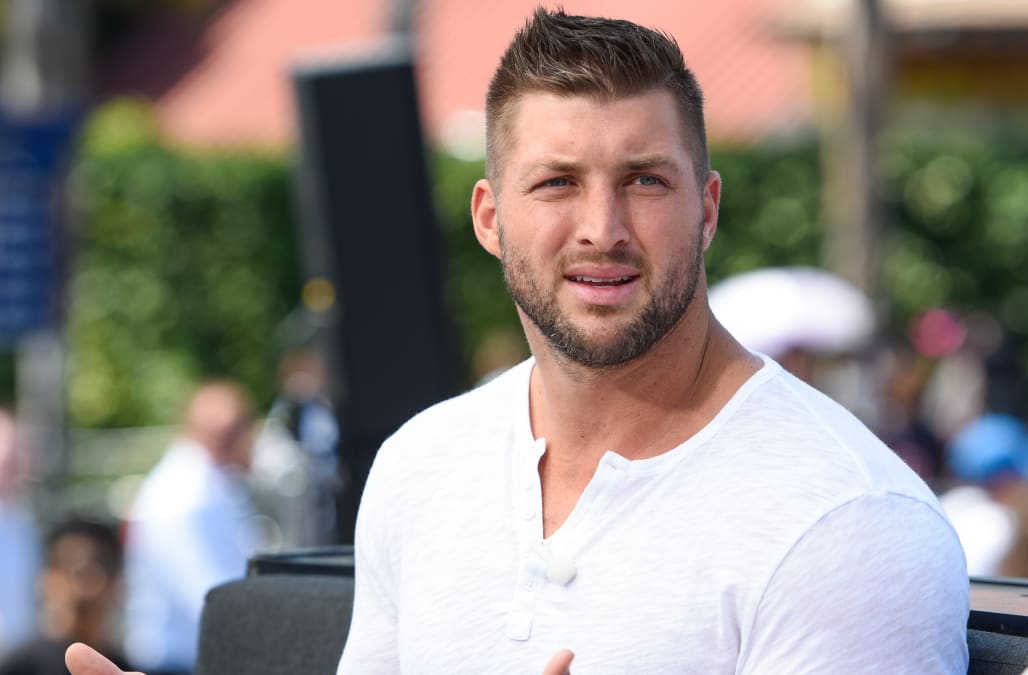 When you were in school, was there something or someone that helped push you along the way?

Oh, gosh, yes. I was blessed with so many role models -- so many. The two best role models of my life were my mom and dad, but also one of my biggest role models was Danny Wuerffel, a quarterback at the University of Florida who won a national championship and a Heisman Trophy. I remember when he came to my church when I was, shoot, seven or eight years old. I was probably the 102nd kid in line, and he signed my church bulletin, and that's still in my parents' house to this day.

For me, it just made an impact in my life. Like, 'Wow, I remember how he treated me, how nice he was.' And when I was thinking one day, like, 'Hey, I might be able to have a platform like Danny,' and really make a difference in someone's life, just by being able to hug them or be kind to them, sign something for them or take a picture with them, or give them a kind word, you remember how much of an impact that is.

So I think that's why it's so awesome that these young kids are setting such a great example. Because the kids that are watching them -- it's not just the act or what they're teaching them or what they're doing, it's what these kids are gonna remember about how kind they were, and so one day these kids will be able to follow in their footsteps and remember how amazing it feels. And they'll be able to do it for more kids, and more kids. That's just something that's pretty cool, because I remember how it made me feel.

College and NFL training camps are about to heat up -- as a player, what's the toughest adjustment to make after the offseason.

I think it's different for everybody. I think it's also different for college and pro. In college, there's a much longer break time, from spring ball to training camp. In the NFL, it's a lot shorter from OTAs to training camp. But I also think it's an opportunity where, especially in college, you really get the opportunity to really dive into summer workouts with your team and really gain an edge. I feel like that was the best time for us at the University of Florida, the Summer A and Summer B periods. We'd do our workouts together, but then we'd get everybody, go back to the field, and we'd just play ball for hours. We felt so together, so on the same page, that when training camp came, it was like 'We've been doing this forever; we're ready.' We already felt ready for our first game.

I think that's something that you're really able to see where the leadership is on the team. Did they do that this summer? Did they rally the team and put in the extra work? Or did they just go through the motions and go to the pool and hang out. I think you can really see the difference. And that's gonna be the difference between the teams that win the championship versus the ones that just go through the motions and have an average season.

Over the past two years you've gotten some airtime on ESPN as an analyst -- is that something you kind of always had in the back of your mind for your future? And how have you enjoyed it so far?

I've enjoyed my time and everything I do for ESPN and the SEC Network. I love doing SEC Nation -- I love it because we're always at the biggest SEC games, so it's exciting to be in those environments where there's so much passion. I get so excited being around all the emotion that is the SEC and college football. So I love it. And being able to do all the playoffs and the national championship game -- that's just so much fun. I really enjoy it because it's just something that I've loved, and it's been part of my life since my first memories, so I love doing it. 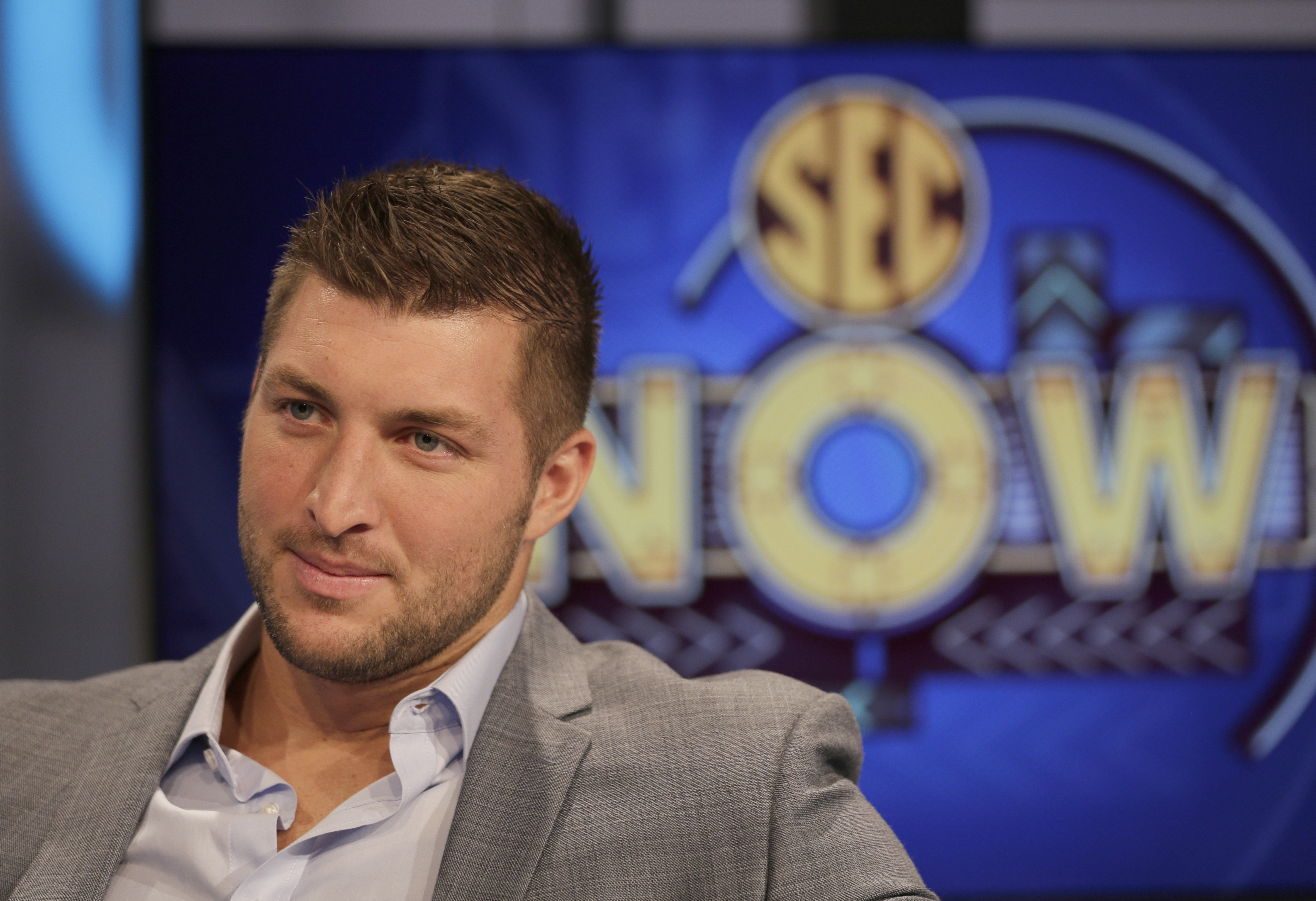 Your name was in the news earlier this month in regards to the Republican National Convention -- of course, you didn't speak there, but is politics something you have ever considered in the past?

Just one last question for you -- you've mentioned that you're happy with your role as an analyst on television and doing work with your foundation. Is a return to the NFL still on the table for you if the right opportunity came along?

Every opportunity, I would look at. I still feel like I'm in great shape -- the best that I've ever been. So, yeah, I would definitely look at something if the right opportunity came along. But, at the same time, I'm just so thankful for what I'm doing, I'm blessed to be doing it, and everything happens for a reason. I really trust that, and I really think what I'm doing is a blessing and what I'm supposed to be doing.

More from AOL.com:
'The Runner' recap: Day 28
Watching these tennis balls being made is oddly satisfying
Pokémon Go is catching more love than Tinder in downloads