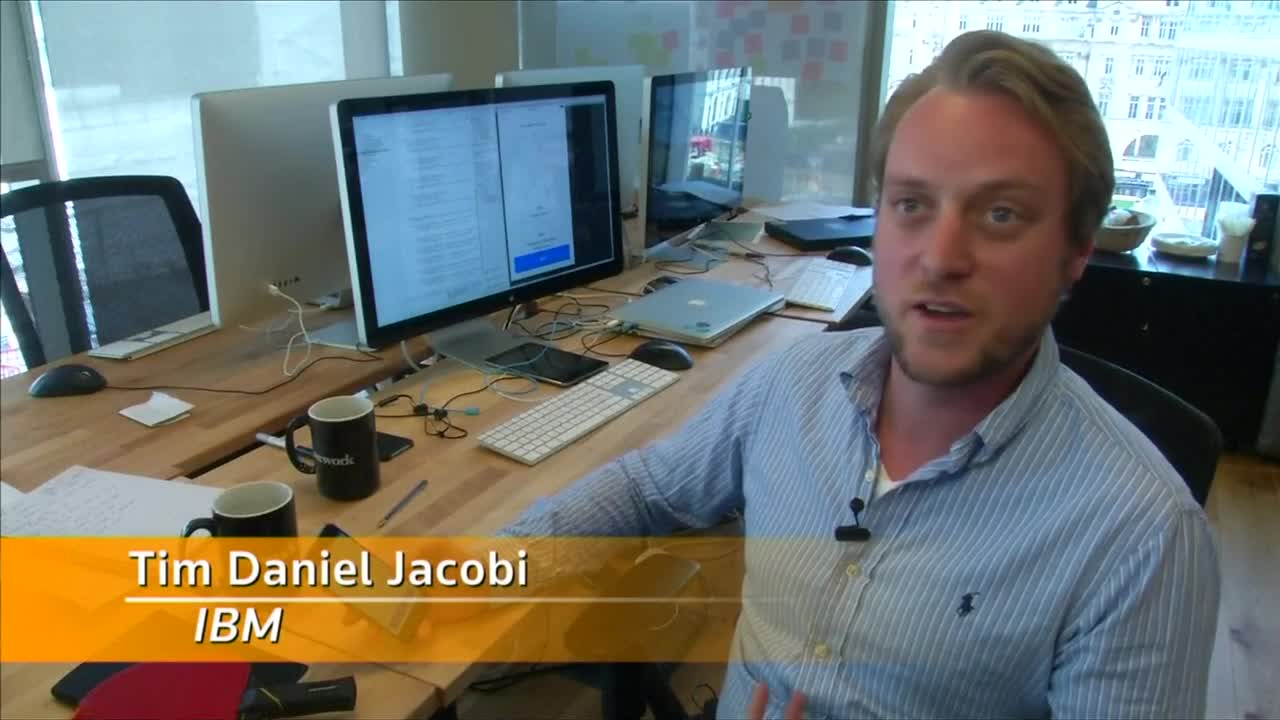 The physical and mental endurance required to run an ultramarathon in the scorching desert is a daunting challenge for even the most accomplished athletes. But doing it unassisted without the sense of sight seems practically impossible.

Simon Wheatcroft lost his sight at the age of 17, but this hasn't stopped him from competing in some of the most extreme running events in the world. In May he attempted a 150 mile ultra-marathon across the desert in Namibia, managing 100 miles before having to pull out because of the extreme heat.

A veteran of numerous city marathons, Wheatcroft is normally accompanied by a running partner to keep him on course and stop him bumping into objects and other runners. But ahead of embarking on the desert marathon, Wheatcroft partnered with IBM to build an app that would help him navigate on his own.

According to Wheatcroft, simplicity was key.

"To run in the right direction all you need is a bearing, so it may be 40 degrees north that you need to run for a certain amount of time. So we created an app that would notify me if I deviated from the desired bearing. And the way it did that was using beeps, much like parking sensors, so the further you deviated from the bearing the higher the frequency of the beeps," Wheatcroft told Reuters.

In his day-to-day life, Wheatcroft is normally accompanied by his guide dog, Ascot. So it was fitting that the app he co-developed with IBM was named in the labrador's honor.

"We decided to name the app 'eAscot' because I do have a guide dog that helps me out on a day-to-day basis, who's named Ascot. But we felt he wouldn't really survive the heat of the desert, so he stayed at home and we took the electronic version instead," said Wheatcroft.

But developing an app that could accurately track Wheatcroft's precise position step-by-step and relay information to him via headphones was no mean feat. The app uses satellite navigation, but with a user interface more like a car's parking sensor, according to IBM.

"The major challenge was, we're trying to build something that is a mix between a GPS tracker and something that helps you park in your car. So we kind of needed to come up with the math to detect how far you are off the track and to think about how often we need to do that and how quickly does the app need to respond," explained Tim Daniel Jacobi, from IBM's Bluemix Garage in London.

To avoid over-loading Wheatcroft with sounds, the interface needed to be aurally lightweight meaning short beeps instead of synthesized speech. The pitch of the beep also changes depending on his position, so if he veered too far left it beeps in a different pitch than if he was too far right.

The app was field tested as Wheatcroft ran the Boston marathon in April, weeks before he headed out to Namibia. He had a running partner to help him avoid other runners, but the app itself successfully helped guide him through the route.

After the Namibian marathon, Wheatcroft was thrilled with the way the app successfully helped him run solo through the desert. He concedes, however, there are some things that the app would never be able to help with, such as monitoring the ground for uneven terrain and relaying that information to him in a way that he would have time to react.

Wheatcroft and IBM are continuing to develop the technology, with plans to incorporate haptic devices into his clothing that relay navigation information via touch. Wheatcroft said this could eventually help him run city marathons without worrying about obstacles.

"The key improvement is to definitely take it to the city marathon. So the app for the desert used GPS as the navigation system. So now can we create a system which can identify the objects and then translate that information to me. That's what we're working on now, some kind of sensor detection system that uses haptic to vibrate different parts of my body," he said.

Completing the Namibian ultra marathon proved a feat too far this time around, with the rough terrain and heat forcing Wheatcroft to quit after about 100 miles. But he's determined to return.

"Yeah, I'd absolutely love to go back. It's definitely unfinished business. The race is happening again next year, I do intend on entering," Wheatcroft said.

More from AOL.com:
Pokémon Go is catching more love than Tinder in downloads
Logan Paul shares the dating tips every modern gentleman should live by
26 athletes reimagined as Pokemon