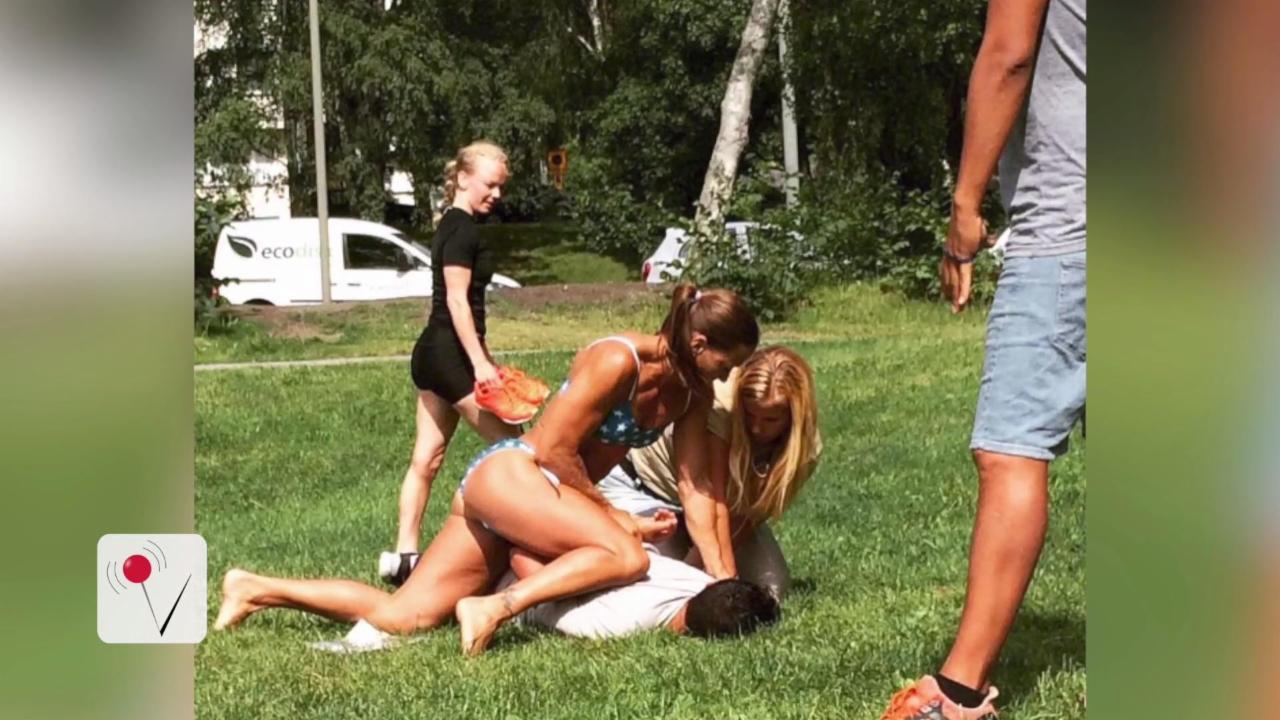 A Swedish cop recently sent a very clear message to perpetrators: Don't mess with a girl in a bikini.

Mikaela Kellner, an incredibly fit police officer, was off-duty and taking in some sun in a Stockholm park when a man approached Kellner and her friends. He was pretending to sell magazines for the homeless.

As the man lingered, Kellner grew suspicious. Her suspicions were confirmed just as he started to walk away when her friend noticed her cell phone was missing.

The bikini-clad cop then ran 15 meters, tackled the man and held him down until fellow on-duty officers were arrived to make the arrest.

To be honest, Kellner may just have inspired a bikini cop squad movement of buff looking ladies.

This is the first time Kellner has captured a suspect in a bikini during her 11 years as a police officer, but it was a no-brainer for her. She said, "If I had been naked I would have intervened as well."

Now that is serious dedication to the job. Is there extra pay for catching bad guys while looking flawless the entire time?