NFL power rankings: Which teams enter camp with the most confidence? 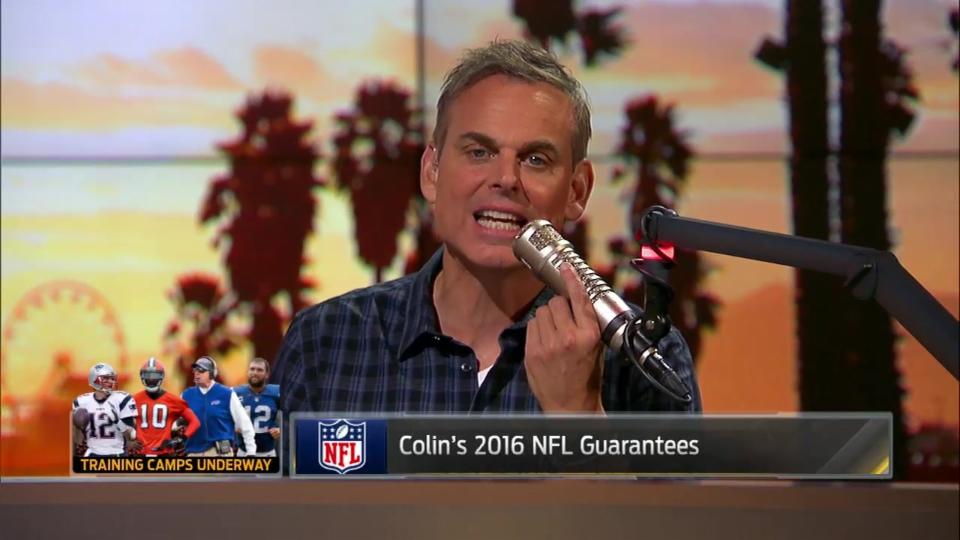 A brand new campaign is set to kick off its preseason schedule in a couple weeks, but teams have begun training camps and all the talk of offseason moves have us craving football.

If you look across the landscape, there's the sure-fire Super Bowl contenders (Arizona, Carolina, Green Bay, New England, Pittsburgh) and plenty of other interesting clubs who have enough talent to make some real noise come January.

Making predictions this early is a fool's game, but that's not what we're doing (those will come at a later date). This first edition of power rankings is simply a primer for what's to come.

Here is a list that illustrates which teams enter camp in good standing -- and which ones are probably wondering how they'll piece together the next couple months.

The Browns added Robert Griffin III into the mix to be the primary shotcaller in the post-Johnny Manziel era, and beginning Week 5, Josh Gordon will presumably be back on the field. It's a new era in Cleveland with former baseball exec Paul DePodesta in charge, but it may be a while until they actually bear the fruits of this rebuild.

After an unsuccessful run in Philadelphia, Chip Kelly was brought in to help transform the 49ers. Despite efforts to move him, QB Colin Kaepernick could theoretically thrive in Kelly's fast-paced system -- but talent elsewhere is tough to come by.

Tennessee added DeMarco Murray to its backfield and drafted OT Jack Conklin to help both Murray and Marcus Mariota, so there should be some improvements -- but the Titans are still ways away from competing.

The Chargers added Joey Bosa to their defensive corps through the draft, but it will still be hard for them to score -- Melvin Gordon, after a subpar rookie campaign, is recovering from microfracture surgery.

Calvin Johnson is no longer in the mix for Matthew Stafford, which means Golden Tate will need to step up big time if they hope to avoid a huge tail-off in the passing game.

Adam Gase will have some shiny new toys on both sides of the ball: Arian Foster and Mario Williams were both brought in via free agency, and Laremy Tunsil was drafted in the first round to beef up the offensive line. But Miami won't be able to take the next step until Ryan Tannehill proves he's a legitimate starting NFL quarterback.

Nick Fairley and Roman Harper have been added to help out a woeful defense, but Drew Brees doesn't have much to work with on his side of the ball.

A full season of Todd Gurley being the premiere Rams back is intimidating, but banking on first-year quarterback Jared Goff to come out strong right out of the gate may be asking a bit ambitious.

Second-year QB Jameis Winston looks to be in the best shape of his life, and his connection with WR Mike Evans should only strengthen as they gain experience together. Tampa Bay seems to be building an encouraging team.

The Jags, at times, looked much better than their 5-11 record last year, and could compete for a potential playoff spot this season. With Blake Bortles able to utilize T.J. Yeldon, Denard Robinson, Allen Hurns and Allen Robinson on offense -- and with some infusion of young talent on defense -- Jacksonville should be fun to watch.

If NFL games were 50 minutes long instead of 60, last year's Giants would have had one of the best records in the league -- and Tom Coughlin would likely still be the head coach. Bob McAdoo is in charge now, and Victor Cruz could finally make his return to the field this season, flanking Odell Beckham in his third season. The defensive additions of Janoris Jenkins and Olivier Vernon should make an immediate impact.

Tony Romo is 36, but a fully healthy season from him could mean the difference between a division title and last year's four-win campaign. Ezekiel Elliott should contribute mightily right away, giving Dallas a great chance in a division that's completely up for grabs.

The Jets finally got their man in Ryan Fitzpatrick, who enjoyed the most success of his career as a Jet last season. With Brandon Marshall, Eric Decker and Matt Forte headlining the offense -- while Sheldon Richardson, Muhammad Wilkerson and Darrelle Revis hold down the other side of the ball -- the Jets could be contenders again after missing out on the playoffs last season despite winning 10 games.

If it weren't for an embarrassing missed field goal, the Vikings would've made it to the second round of the postseason last year. With most of the squad returning, the defense still sturdy and QB Teddy Bridgewater a year more mature, Minnesota should be in contention for the postseason once again.

More from AOL.com:
Report: Tom Jackson may bolt ESPN
Some NFL season tickets come with a price -- before the price
Remembering how Donald Trump helped crash an entire football league