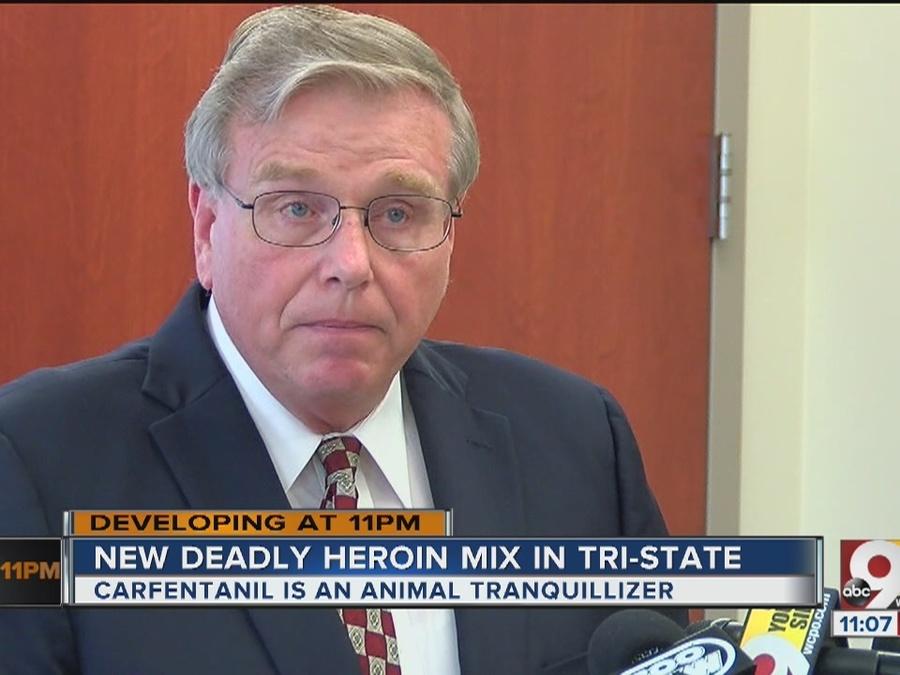 As the opioid epidemic sweeps the country, drug abusers have found more deadly ways to use the drug. The newest trend in opioid use might be the most deadly yet.

Carfentanil, a drug that is used to sedate elephants and other large animals, is one of the most potent known opioid. The drug is 100 times as potent as fentanyl and fentanyl is 100 times more potent than morphine. Authorities across the country say they've found the sedative mixed with heroin.

According to officials, the drug has caused at least two deaths and several overdoses in multiple states.

Rayshon Alexander, 36, is suspected of selling carfentanil as heroin in Ohio. He was indicted on 20 counts, including murder, after multiple people overdosed in the span of a few hours.

Even zoo officials who use the drug to sedate large animals are weary of it. "It's an incredibly dangerous drug. We're concerned that even a drop could get in an eye, so we wear eye protection. We wear long sleeves. We wear gloves," Dr. Kimberly Cook, director at the Akron Zoo told WEWS.

At a press conference on the drug in Ohio, authorites gave dire warnings: "This is clearly going to... kill a lot of people," said Tim Ingram, Hamiton County Health Commissioner.

"Narcan may not save you from this one," said Dr. Lakshmi Sammarco, Hamilton County Coroner.

What opioids do to your health:

More from AOL.com:
The quirky story behind Jack Baran's fan-favorite YouTube name
Tim Cook recommends this book to every new hire
This kid can swing a golf club better than you -- with one arm!