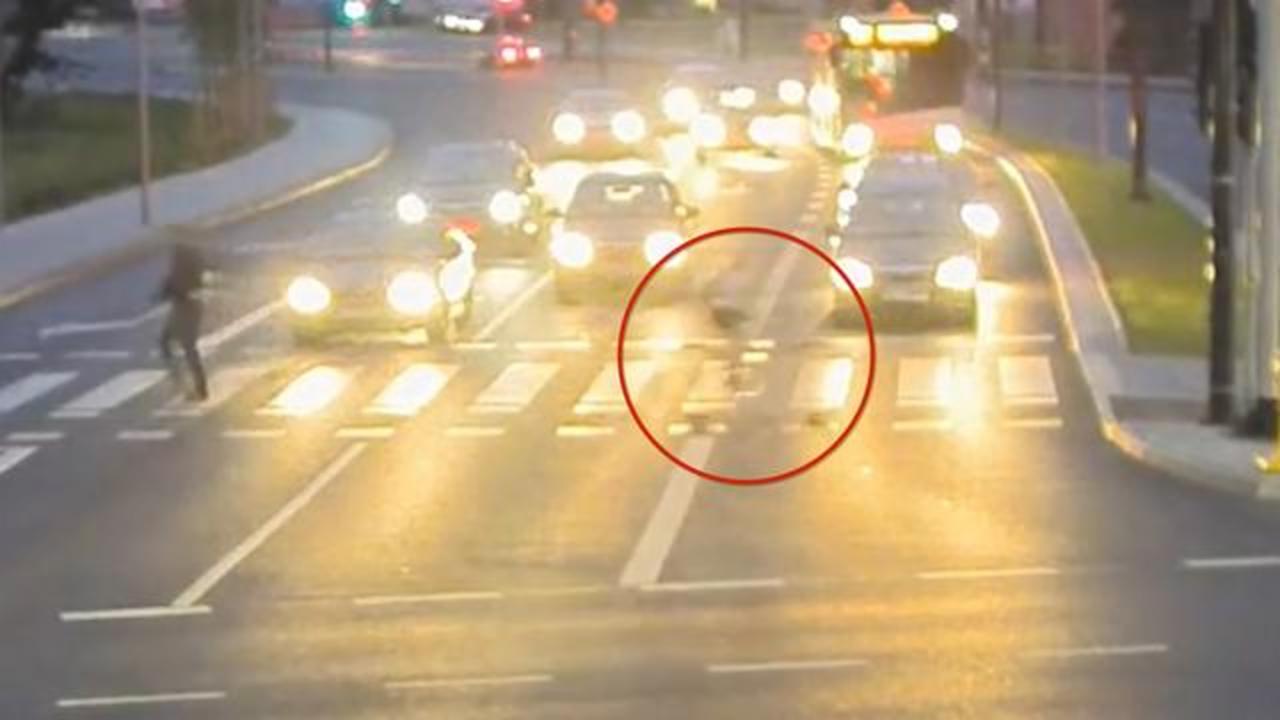 A life-saving car crash probably sounds like an oxymoron to you -- but for one lucky cyclist in Poland, a perfectly timed collision may have saved his or her life.

This terrifying surveillance video posted to YouTube shows the moment a taxi and a Lexus collided violently in Olsztyn, Poland at 9:15pm, sending one of the cars slamming into a pole just as a biker enters the crosswalk.

According to authorities, the Lexus had jumped a red light, and the cyclist, who was abiding by traffic signals, ended up right in its path.

But right before disaster struck, the cab wound up between them, inadvertently preventing what would likely have been a deadly situation for the bike rider.

The people in the taxi emerged relatively unscathed, but a passenger in the luxury car reportedly required medical assistance.

The cyclist, however, was able to ride away completely unharmed.

More from AOL.com:
Meet the creator who has been dominating YouTube for the past decade
Melania Trump has a really amazing Twitter account
Ex-girlfriend of Cowboys RB Ezekiel Elliott posts photos alleging domestic violence