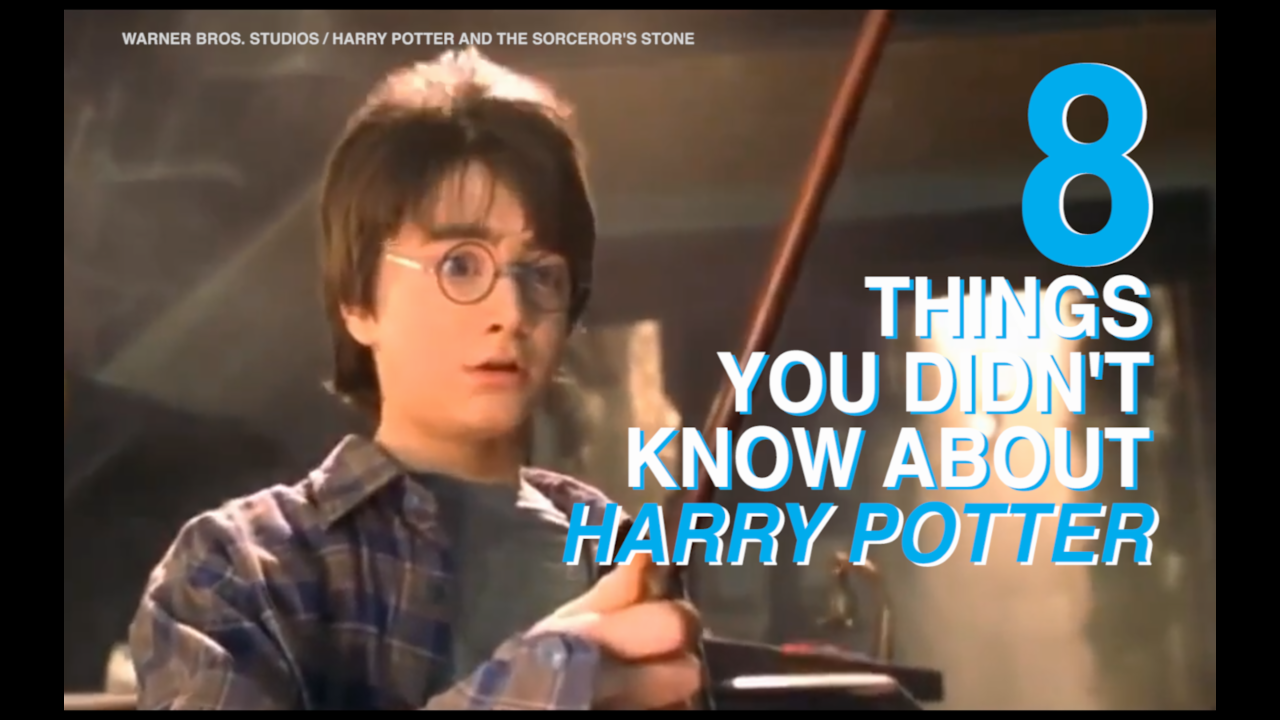 In honor of the new eighth and final Harry Potter book, here are eight facts to surprise the biggest Potterheads...

1. J.K. Rowling regrets pairing Hermione with Ron and not Harry

In an interview J.K. Rowling did with Emma Watson for Wonderland magazine, she said, "I wrote the Hermione/Ron relationship as a form of wish fulfillment... It was a choice I made for very personal reasons, not for reasons of credibility. Am I breaking people's hearts by saying this? I hope not."

Rowling said in an interview that she never intended to kill any of the Harry Potter trio until halfway through the series when she "wasn't in a very happy place."

3. Harry and Voldemort are blood-related

They enemies are related distantly through the owners of the Deathly Hallows. Harry is a descendent of Ignotus Peverell who first owned the invisibility cloak.

Voldemort is a descendant of Ignotus's brother, Cadmus Peverell, who first owned the resurrection stone.

4. J.K. Rowling first wrote down the Houses of Hogwarts on a barf bag

Rowling came up with the names of Gryffindor, Ravenclaw, Hufflepuff, and Slytherin on an airplane. She wrote them down so she wouldn't forget.

Luckily, The bag was empty.

While filming "Harry Potter and the Deathly Hallows," David Holmes injured his spine. He is now paralyzed and uses a wheelchair.

7. Throughout all eight films, Daniel Radcliffe went through around 160 pairs of glasses.

8. Harry's lightning bolt scar has been applied on Daniel Radcliffe with makeup about 5,800 times.