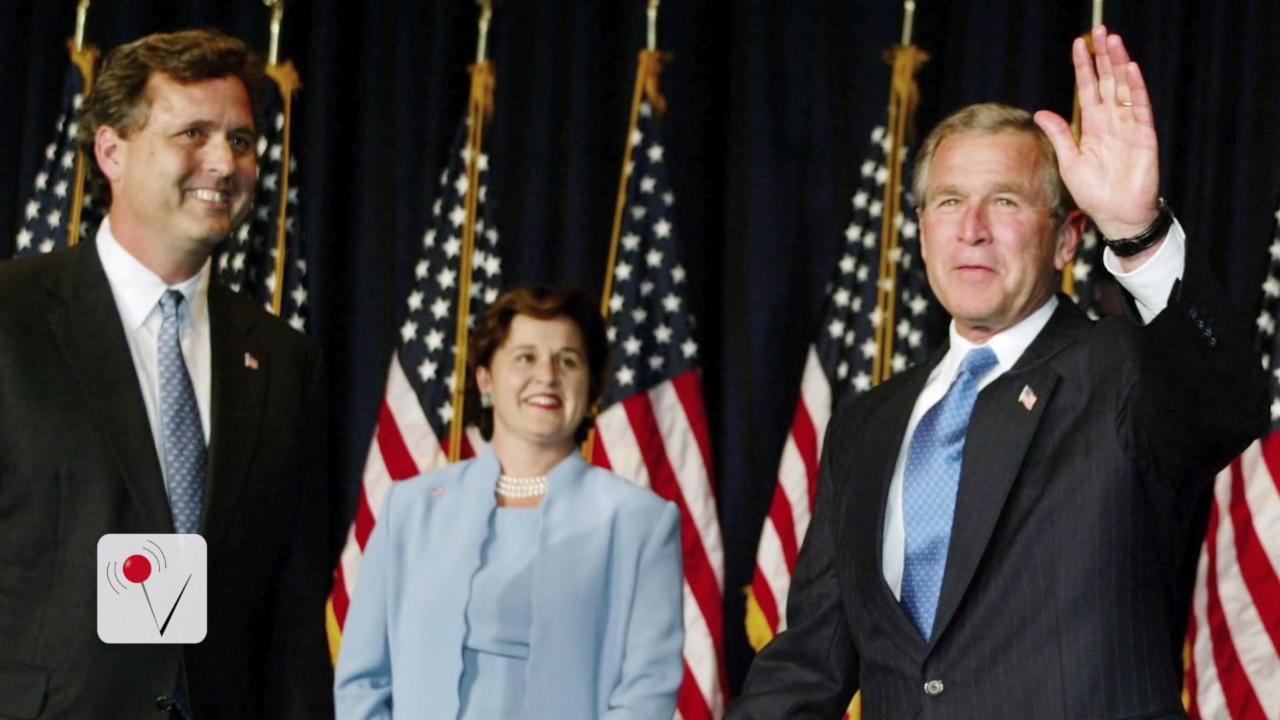 While appearing on 106.7 The Fan's program The Junkies, Bush said: "... nobody knows about them, people think it is sort of a wasted vote—but, both Gary Johnson and Bill Weld were each successful two-term governors who balanced their budgets."

Bush added that they're fiscally conservative and anti-bureaucracy. Meanwhile, he believes Donald Trump's tendency to go negative sets a bad example for kids, and also called Hillary Clinton "one of the most dishonest people that's every been in politics."

Marvin is just the latest member of the legendary political family to speak out against Trump. George W. Bush was quoted by Politico as saying he was worried he "will be the last Republican president."

See more of the Bush siblings through the years:

The matriarch of the family, former first lady Barbara Bush, joined the trail briefly in February and said Trump says "terrible things" about those in the military and women.

Jeb, who was at one point the favorite to secure the Republican nomination, repeatedly clashed with the outspoken billionaire during the campaign. He recently revealed that he won't vote for either Trump or rival Hillary Clinton, saying he doesn't believe either candidate would uphold the Constitution.