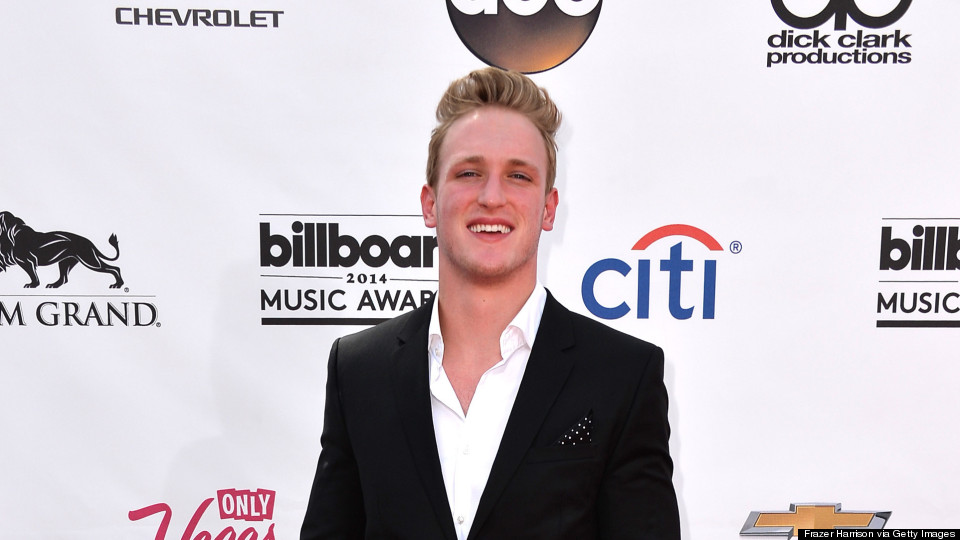 "Law and Order: Special Victims Unit" appearances have become a rite of passage for many Hollywood actors. Guest stars include Kate Mara, Elizabeth Banks, Bradley Cooper Hayden Panettiere -- the list goes on. Recently, Logan Paul counted himself as one of the many celebrities to cameo on the series. Paul, best known for his super stardom on social media, has over 9.3 million followers on Vine, 10.8 million fans on Facebook, and over 5 million followers on Instagram.

And while his social media fanatics have fallen in love with Paul's larger-than-life sense of humor and crazy, jaw-dropping stunts, the young creator is ready to prove he has some serious acting chops. From leading roles in "The Thinning" and "Foursome" to his recent cameo on "Law and Order," Paul is putting his mark on the entertainment industry.

We recently sat down with Logan Paul to talk about his acting career -- including his awkward mishap while on set of "Law and Order." Ahead, find out about his cringe-worthy run in with Ice-T, why his role on the television series changed his career forever, and more!

YouShouldKnow is a feature that showcases up-and-coming social stars. To see more of past interviews, including more Logan Paul exclusives, click here.

when you accidentally like her photo from 52 weeks ago 😐 caption by: @_the_ep

What's the biggest learning curve when you're acting on a set versus for an iPhone?
When you act in movies or tv shows you have to feel and be, versus when we do internet videos we play pretend almost. We literally say that Internet acting is very big, vague, and you play it up. Whereas movies is actual acting; you're not faking anything.

We have to talk about your "Law and Order" episode. What was that experience like?
It was awesome! I was here in New York and it was great. I got, spoiler alert, shot by Ice-T. I actually have a funny story about that. So Ice-T is apparently a big deal and I am not part of the Ice-T generation. So he comes on set wearing a cop outfit and goes, "Yo, what's up are you the bad guy?" And I say, "Yeah! Are you the security guard on set today?" He goes, "Yeah, I'm the security" and then just walks away. I thought it was weird and then five minutes later I realized it was Ice-T. Whoops!

That's completely different material than you normally are used to.
Yeah, it was one of the first projects I did traditionally. That was what made me realize that I do, indeed, want to act beyond social media. It was an eye-opener for sure.

Do you remember the first time you were ever recognized by a fan?
Oh my god! I recognize it so distinctly. I was sitting in a Chipotle and a girl walked by me and snapped a few pictures. At the time, I only had about 100,000 followers on Vine and I thought it was the coolest thing. Sure enough, she Tweeted it later, so I favorited it. It was the most amazing feeling ever because no one had ever done that.

What's it like now getting to meet your followers in real life?
It's cool. I like it because I feel like being a social media kid versus a traditional actor means that people don't feel threatened to go up to you and say, "What's up?" I'm their friend. I don't have a security guard, it's just me walking around New York City, so come say hi, ask what's up, take a picture. It's cool man. I have conversations and have fun with them.

What has been your most memorable fan moment so far in your career?
It's a weird one. I had a girl come up to me and she said, "Can I touch your muscles." So I said yes and she grabbed my arms and started rubbing them. And then she goes, "Can I touch your face?" So I said okay. She grabs my face with both of her hands and for a solid 10-15 seconds was just rubbing my face. I was standing there looking at her in the eyes. Like I said, I'm a weird guy so I was just curious as to what the hell she was doing and why she found it amusing. So I let her do it, but deep down, it was really uncomfortable. That was a weird one.

So today is pretty awesome: I'm traveling from Arizona to California in a helicopter and a bunch of exotic cars & giving away a free year's worth of @aeropostale clothing at 6 different locations 😎 #sp #FreeYearOfAero HAPPY THANKSGIVING!

You recently partnered with Bic on a new series of videos. What led to that partnership?
A lot of my content deals with the challenges that millennial men face and it's just relatable content. That's why I think it gets a lot of traction and has a lot of shareability. The partnership with Bic was perfect and I try to align myself with brands that are very similar to my own. Also conversations about how men can smooth up and become better gentlemen nowadays is so important and relates to my life. Because I like to consider myself a gentlemen. Anytime I can use my reach to do good in the world, is great. So if I can put out funny, relatable videos where guys can think "It is cool to be a gentlemen" it's awesome, and I love that.

YouShouldKnow is a feature that showcases up-and-coming social stars. To see more of past interviews, including more Logan Paul exclusives, click here.