11 words from 'Harry Potter' that every boss should know 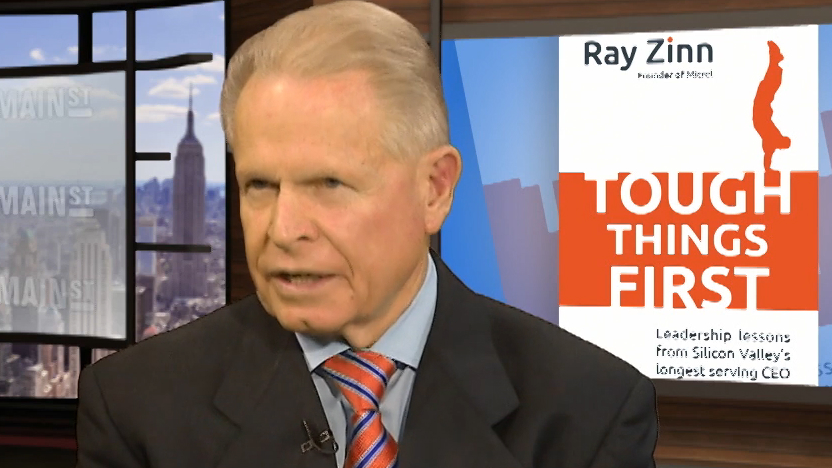 The franchise has grossed more than $21 billion. Here are 11 words that even ordinary muggles have adopted into common parlance.

The play Harry Potter and the Cursed Child, an adaptation of the book series set 19 years after the last installment, opens Saturday at the Palace Theater in London. Critics are giving it five star reviews, with one going so far as to call it an "entirely original" work, with "Dickensian sweep and momentum to the storytelling."

The acclaim isn't exactly surprising. Since author J.K. Rowling penned the first novel, Harry Potter and the Sorcerer's Stone, in 1995, the books have sold more than 450 million copies and been adapted into eight films grossing more than $21 billion.

Here's another testament to the success of the "boy wizard" concept: There are now dozens of words that ordinary "muggles" have adopted into common parlance. (That one, it's worth noting, was actually entered into the Oxford English Dictionary in 2003.)

Ahead of the premiere of Harry Potter and the Cursed Child and the publication of its script this weekend, here are 11 words from the series that have crept into our vocabulary at work (for better or for worse):

So according to the dictionary, the word muggle, which in the series refers to someone who does not possess magical powers, means "a person who lacks a particular skill or skills, or who is regarded as inferior in some way."

Eleanor Maier, a senior editor at the OED, recently told BuzzFeed News that the publisher has discovered numerous other senses of the word muggle, including "a tail resembling that of a fish," "a young woman," and "marijuana, a joint."

As it turns out, you'll want to avoid hiring muggles, inasmuch as their skills likely won't match what they claim on a resume. (Or, if someone says they went outside for a quick muggle, perhaps alert your HR department to the possibility of recreational drug use.)

RELATED: 13 words you should never use to describe yourself

13 words you should never use to describe yourself
Up Next

In the series, the word "mudblood" is a racial slur, initially spat out to Hermione Granger, who was born to non-magical parents, in the second book. (Mudblood refers to someone who possess magical powers, but whose powers are not genetic.)

As the OED points out, the term is a simple combination of two English words, with plosive endings of two syllables, such that the sound of the word reflects its meaning.

Mudblood is reminiscent of real-world slurs like mulatto, which refers to one of mixed black and white ancestry. Mudblood also echoes its opposite, the term pure-blood, meaning one who is born to magical parents.

(Normally I'd hesitate to include a fictive insult, but as Hermione ever-so-eloquently once said: "Fear of a name only increases fear of the thing itself.")

Avoid using the word mudblood in the workplace.

In the series, the evil Lord Voldemort wants Harry Potter dead, thus the word has come to refer to other, more general evils in our lives.

Rowling has remarked that Republican presidential nominee, Donald Trump, is worse than Voldemort, for instance, once tweeting that "Voldemort was nowhere near as bad."

Others in the U.K. "Remain" camp, who lost a referendum vote last month when it was determined that Britain would exit the European Union, have noted that the Brexit occurred on the very same day (June 24) that Lord Voldemort returned in the series, after murdering student Cedric Diggory during the Triwizard Tournament.

Try to avoid having your employees call you Voldemort. If they do, it may be time for an off-site retreat.

The four houses at Hogwarts School for Witchcraft and Wizardry -- named after the school's co-founders Godrick Gryffindor, Rowena Ravenclaw, Helga Hufflpuff and Salazar Slytherin -- have come to be associated with specific personality traits.

A "Gryffindor" typically refers to one who is brave or lion-hearted (protagonists Harry, Ron and Hermione were all sorted into Gryffindor at the start of their first year at Hogwarts.)

Example: "The fact that job candidate X stood up for LGBT rights during her interview proves that she is a true Gryffindor."

More From Inc.com: Why Constant Learners All Embrace the 5-Hour Rule

A "Ravenclaw" indicates that one is smart and resourceful.

A "Hufflepuff," meanwhile, may refer to one who is honest and forthcoming.

Example: "It's true that job candidate Z didn't graduate with honors, but she admitted some of her weaknesses in the interview, which proves she'll do well at the firm."

Finally, a "Slytherin" is typically astute, but in a duplicitous or threatening kind of way. (Harry's archenemy, Draco Malfoy, was sorted into Slytherin, though it's worth pointing out that Harry, too, was considered a good match for the house.)

Example: "That last job candidate wasn't afraid to bring up the CEO's failures. That shows guts."

Finally, while not buzzwords per se, several of the spells coined by J.K. Rowling have roots in Latin, and thus sound like what they conjure:

"Oppugno" is the spell used to attack an opponent. It comes from the Latin pugnac, meaning "to fight," and is related to the English word "pugnacious," meaning eager or quick to argue.

Example: Stressed out over the bottom line? Don't "oppugno" your head of sales. Start by having a candid conversation about new ways to market the product.

"Incendio" is the spell that sets things on fire. It comes from the Latin incendium (conflagration) and is related to the English "incendiary," referring to either (a) a device designed to cause fires, (b) something intended to stir up conflict, or (c) something very exciting.

RELATED: 6 diseases of leadership, according to the pope

6 PHOTOS
6 diseases of leadership, according to the Pope
See Gallery

6 diseases of leadership, according to the Pope

#1: Forgetting to relax and not taking time to recharge

#2: Not maintaining a sense of balance and interconnectedness with oneself—contributes to chaos, confusion and anxiety

#3: Becoming to self-absorbed and neglecting to foster interpersonal relationships

#4: Expressing oneself in an intimidating manner--not being warm or smiling or friendly

#5: Engaging in gossip and rumors

#6: Losing flexibility and needing to plan everything in detail

More From Inc.com: Want to Be Happier? Science Says Do These 11 Things Every Single Day

Example: The next time an employee has a great idea, consider praising them with a casual: "Incendio, Arthur!"

In the series, the "Felix Felicis" potion gives the drinker good luck. The term is derived from the Latin felicitas ("happy") and is related to the English "felicity," referring to happiness, or the ability to find the right expression for one's thoughts.

Example: Wish a simple "Felix Felicis" on your morning cup of coffee to start the day off right.

"Protego" is the protection charm. It comes from the Latin protect, which means "covered in front," and from the verb protegere, which means "to cover." Thus, we have the English "protect," meaning to keep safe from harm or injury.

More from Inc.
Why this entrepreneur chose significance over success
The message your LinkedIn connections are praying you send
Why Pokémon Go has local marketing pros diving in headfirst