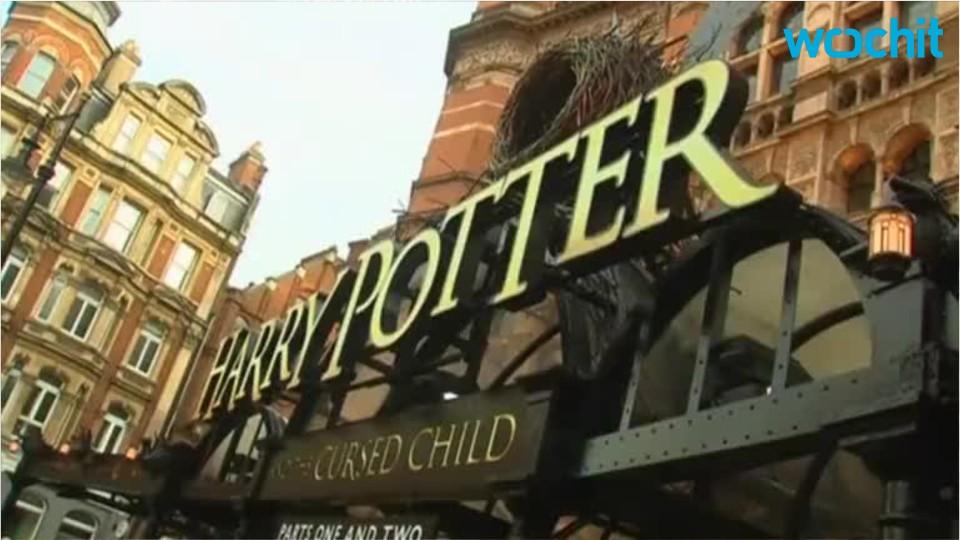 Harry Potter fans have been waiting for another book about their favorite wizard since ... well, the release of the last one, Harry Potter and the Deathly Hallows, in 2007.

The wait is over with the opening of the two-part play Harry Potter and the Cursed Childand the release of the rehearsal script in book form. In very Harry Potter fashion, the play opens on London's West End on July 31, both Potter's and author JK Rowling's birthdays.

Due to the popularity of the series and how devastated fans were when it ended, there has been massive hype surrounding this release. The book has the most pre-sales since Deathly Hallows, for example.

A photo posted by HarryPotterAndTheCursedChild (@hpplayldn) on Jun 7, 2016 at 11:30am PDT

Does Cursed Child live up to the hype? Well, those lucky enough to snag tickets were given buttons and told to "#KeepTheSecrets" and not reveal many details -- but regardless, reviews scream a resounding "yes."

This eagerly anticipated, two-part, five-hour-plus sequel to J. K. Rowling's best-selling, seven-volume series of "Harry Potter" novels is the kind of play that you want to describe in detail, if only to help you figure out how it achieves what is does. That would be a kind of magic that is purely theatrical yet somehow channels the addictive narrative grip of Ms. Rowling's prose.

If I'm honest, I got as much pleasure from the staging as from the convoluted story. Tiffany and his designer, Christine Jones, have created magic out of the simplest ingredients.

Hardcore fans will definitely be pleased; the preview audience gave the final curtain a rapturous response, with one theatergoer declaring during an intermission, "I need to see it again." (Good luck with that – the show is sold out through next May, though 40 tickets are being released online each Friday, and look rather like Wonka's golden tickets).

It is, quite simply, spellbinding: The Show That Lived Up to Expectations — and Then Some. Three years after J. K. Rowling announced her boy wizard would hit the stage, "Harry Potter and the Cursed Child" — no mere rehash, but a whole new chapter — proves a proper theatrical blockbuster. Not just at the box office, but onstage as well: a captivating story given a spectacular staging and — Rowling's specialty — a big, big heart. Twenty years ago, Harry Potter turned a generation onto reading. "The Cursed Child" could do the same for theater.

The stagecraft is mind-bogglingly clever and creative and the audience gasped and clapped as characters vanished through Platform 9 3/4, sweets made ears smoke, props were whooshed away under cloaks and broomsticks levitated above the ground. The most vivid elements of Rowling's novels – the Hogwarts Express, the Great Hall, the Sorting Hat – lose none of their magic when re-created on stage because every single detail has clearly been laboriously obsessed over.

While we may not get the chance to seeCursed Child on the West End, we can still eagerly read the script -- and hope the play comes to a theater near us soon.

Harry Potter and the Cursed Child