The breakfast sandwich that conquered the Big Apple. No true New Yorker starts their day without a delicious and gooey B.E.C (which is short for Bacon Egg and Cheese)! 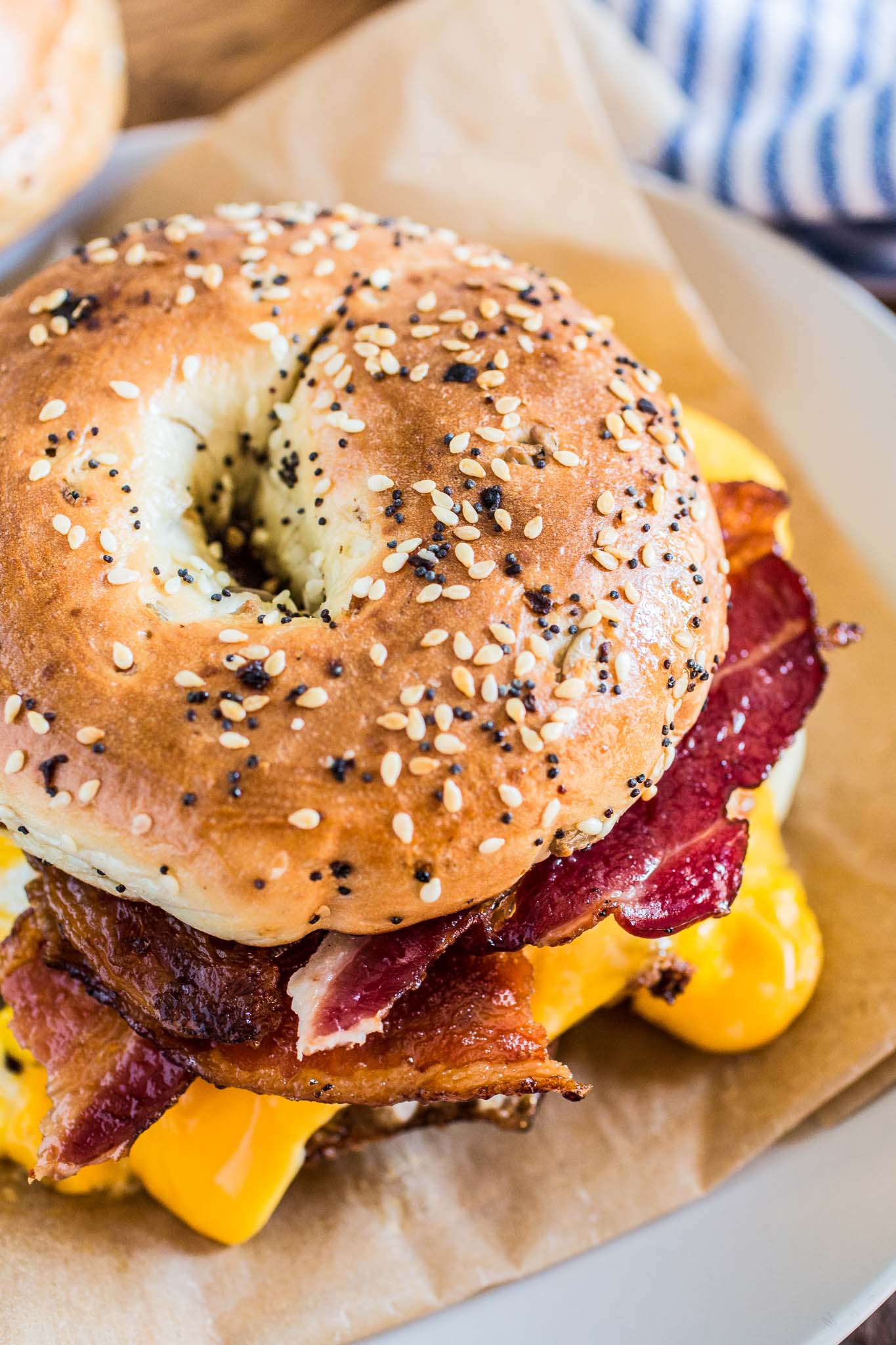 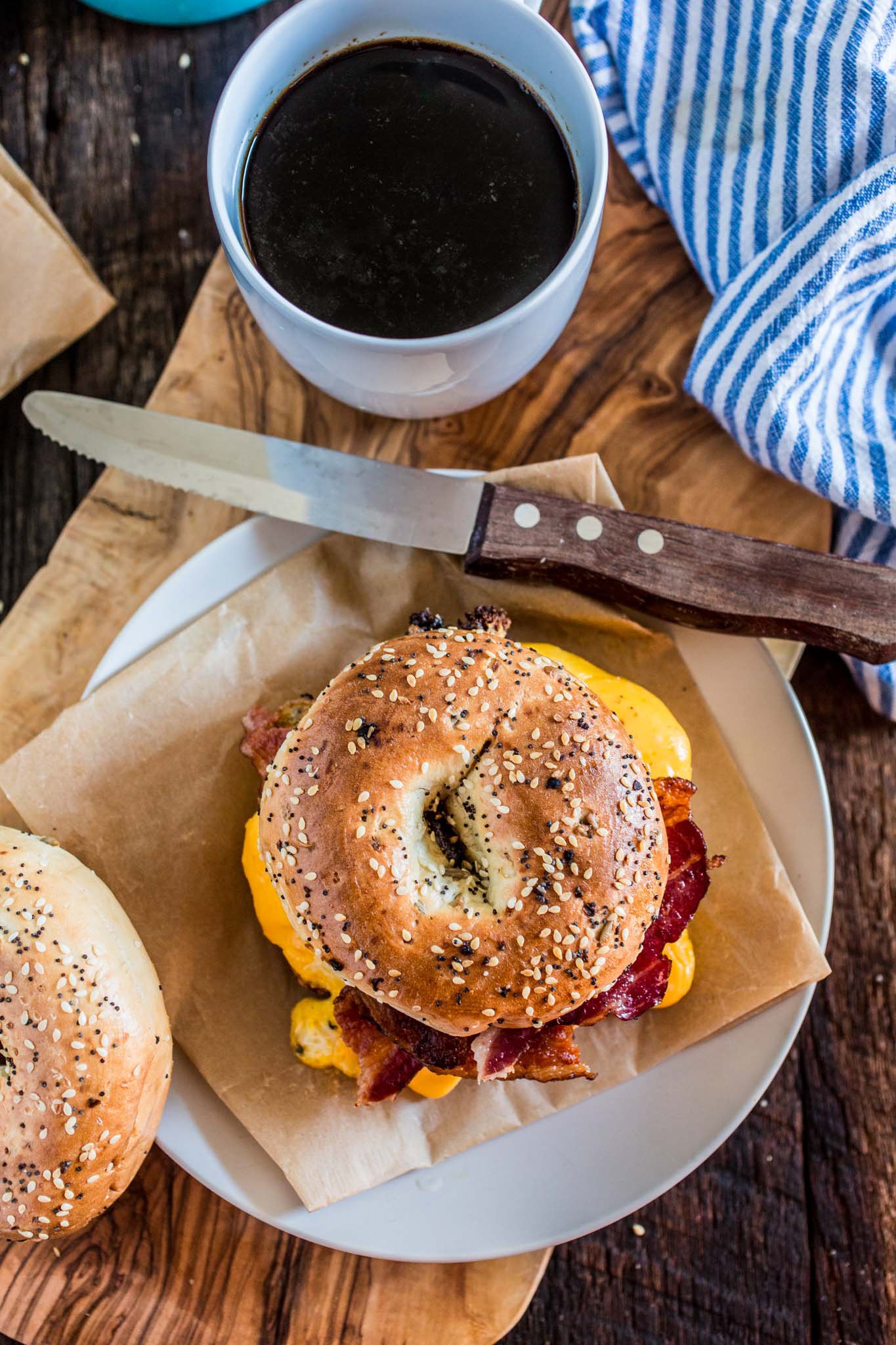 And the answer is: in New York we like it inside a bagel. Preferably an everything bagel! If you answered right, congratulations! Either you are a real New Yorker or a serious foodie. 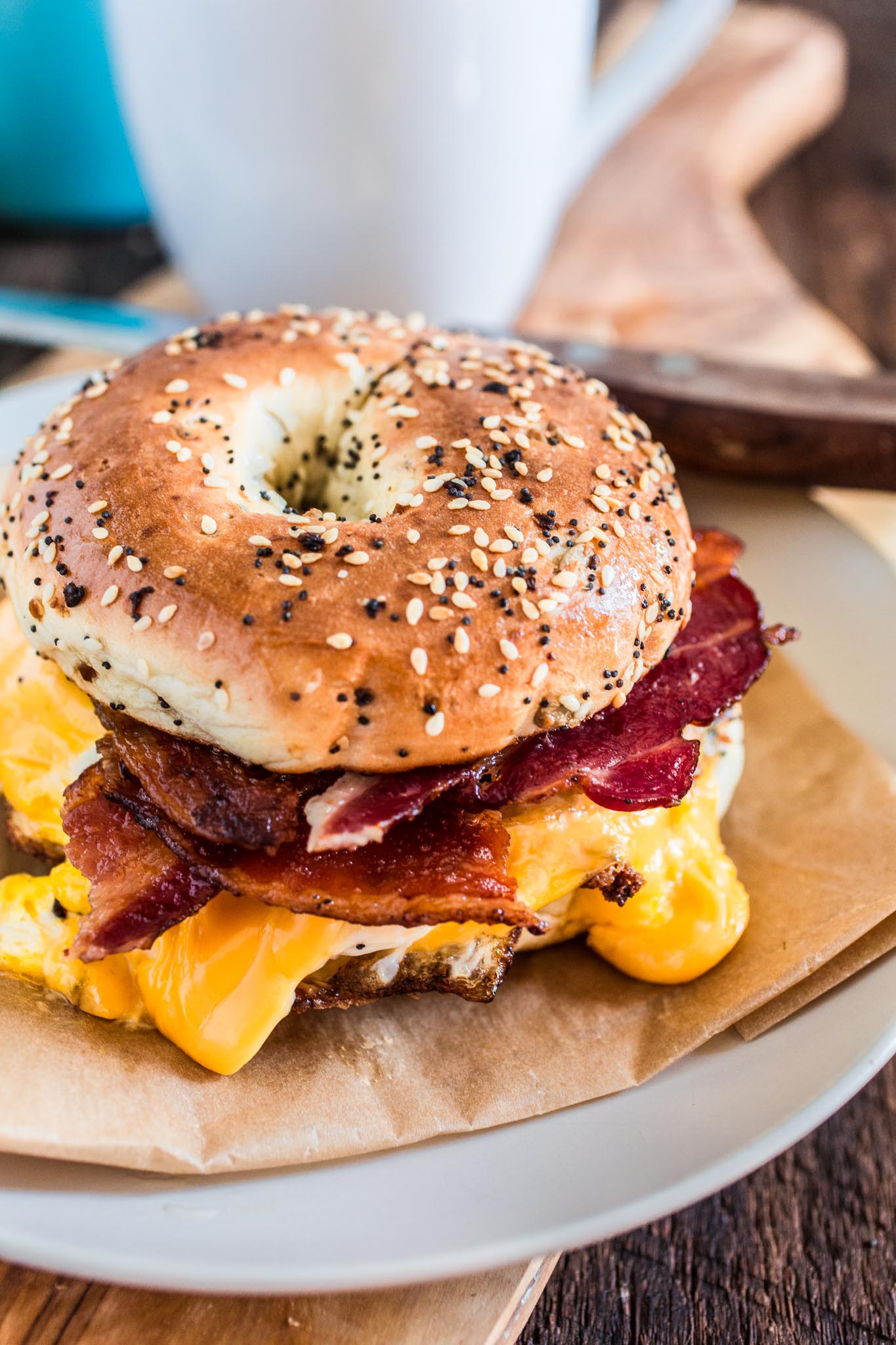 For whatever reason, it's near impossible to find a good bacon egg and cheese sandwich outside of New York, so people usually settle for not so great imitations, like an Egg McMuffin. So, if you're not a New Yorker with a deli in walking distance, all that's left to do is sit and cry.

Until now! Seriously, this recipe makes a B.E.C that is as good or better than the ones you'll find in Manhattan. No need to pay the outrageous rents in the Big Apple. You can make this delicious breakfast sandwich anywhere in the world! And even if you're a New Yorker that can walk to a deli in less than 30 seconds, give this a try! Not only will you save money, but you will feel proud that you made a homemade Bacon Egg and Cheese. 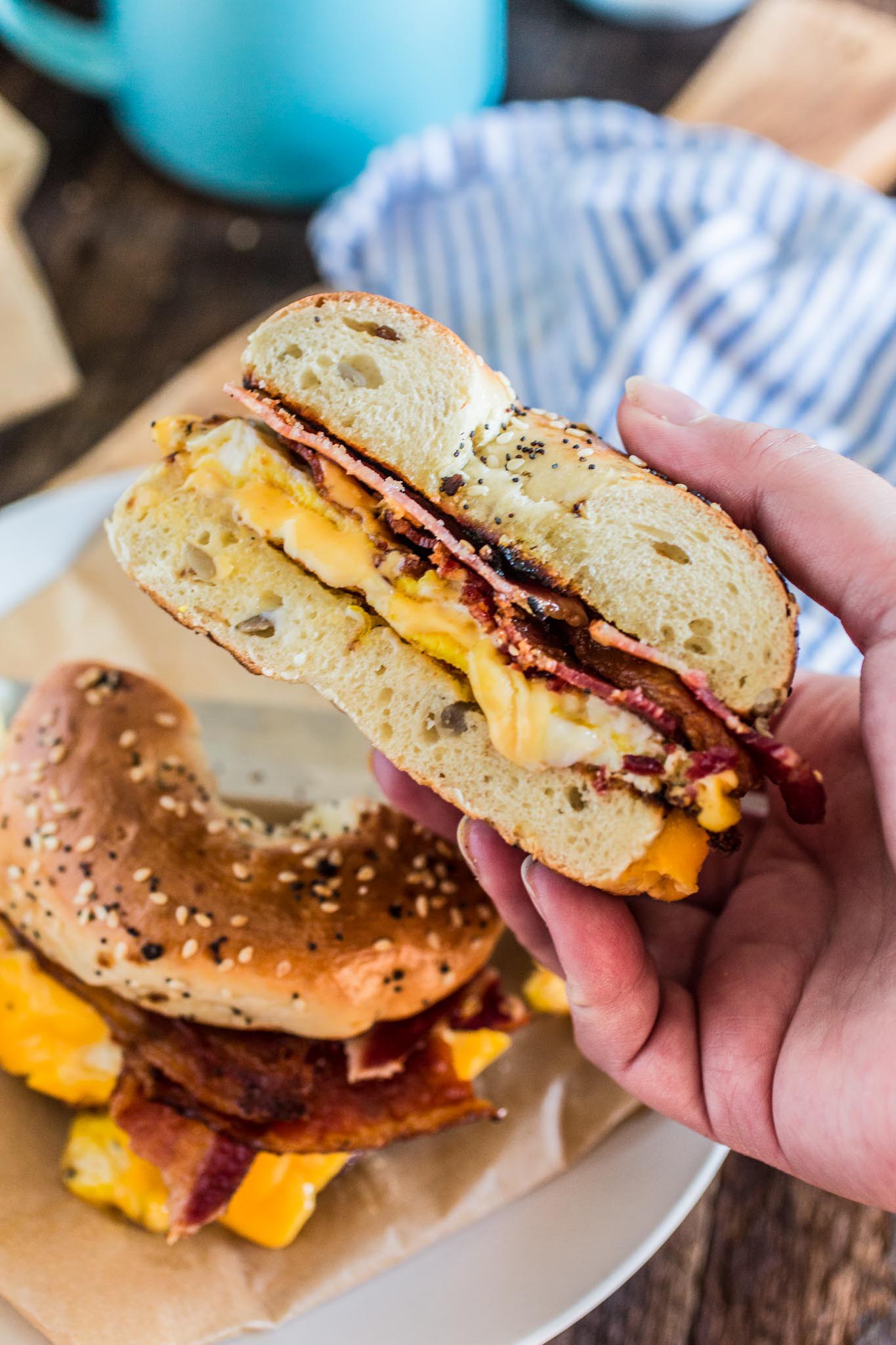 For the sake of being authentic, I used my least favorite cheese: American cheese. Surprisingly enough, it works like a charm. The cheese melts beautifully and it's almost like cheese and egg become one single being, a very awesome being! This is one sandwich that is not necessarily improved by better cheese, so save the gouda for another culinary creation.

It is all about the simple ingredients, designed to satisfy practical needs rather than voluptuary desires, that can be put together quickly, because New Yorkers don't have time to lose. Hence why they usually buy it from a bodega or a street cart outside their offices. But believe me, the joy you'll feel by whipping up this gloriously simple and satisfying sandwich at home beats waiting on a crowded bodega any time. Plus, you get to enjoy this ooey-gooey goodness sitting on your couch (or table) instead of on a dirty NY subway car. (Unless you wanna make it to go. Because you totally can!)

RELATED: ​​​How to make huevos rancheros with avocado and crispy bacon 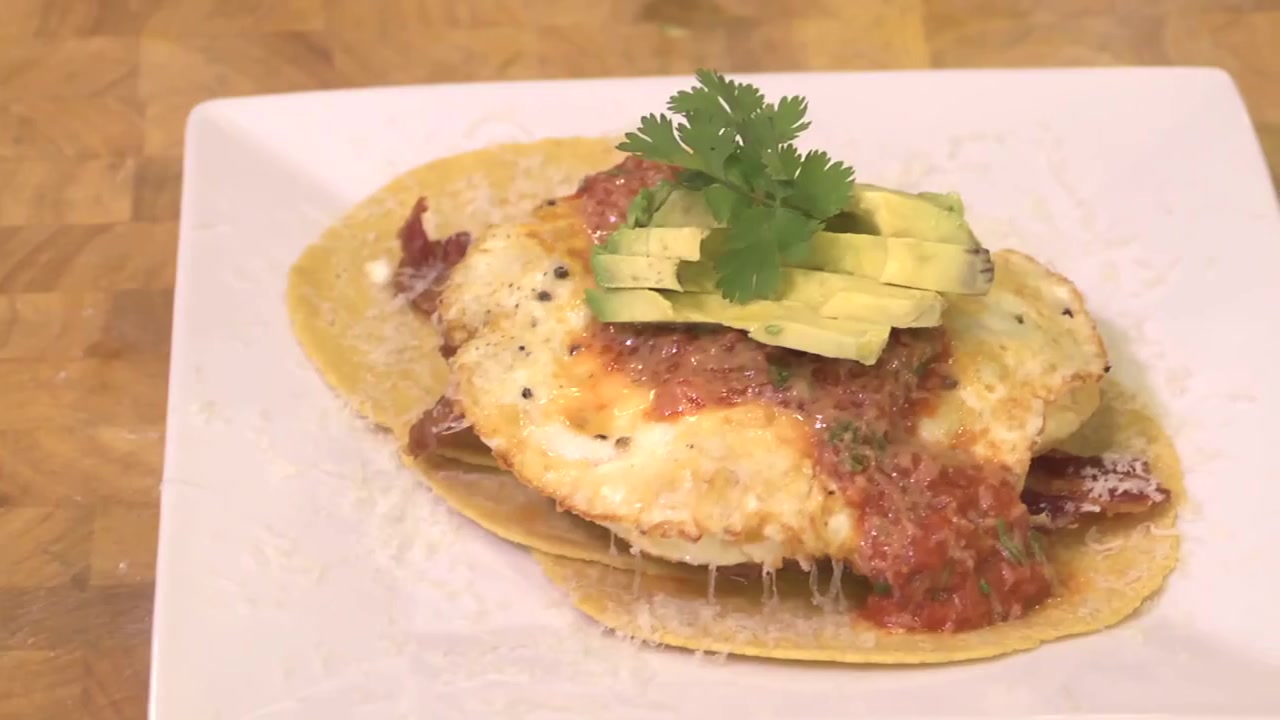