Little boy stops random man in the street to play baseball, has no idea he's an actual MLB pitcher 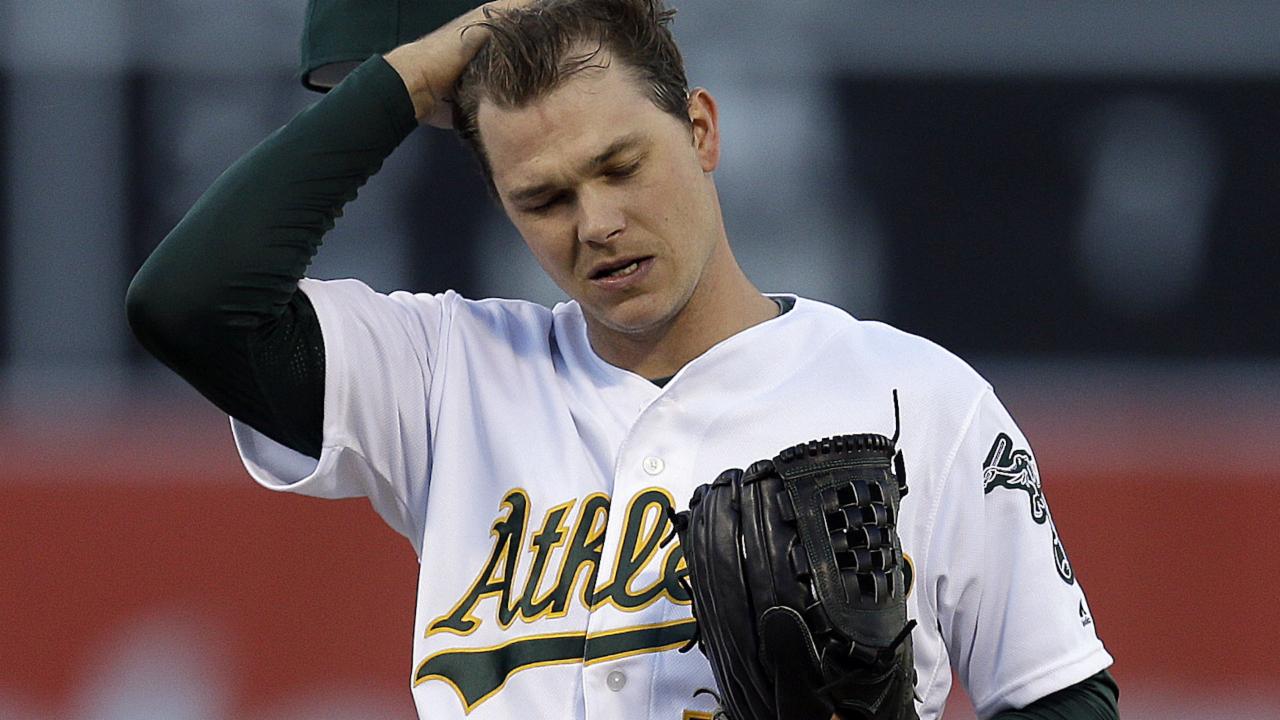 Oakland A's reliever Sean Doolittle was walking his dog when a young fan, who happened to notice the A's bandana the dog was wearing, stopped him and asked if he would play.

The best part? The kid had no clue he was facing a Major League Baseball player.

This kid liked the A's bandana. Asked us to play. Had no idea who he was playing with. Sean was charged with the run pic.twitter.com/78qFOcTMa6

Doolittle is currently on the DL recovering from a left shoulder injury, but this style of baseball is perfectly fine to play. It actually led to a few pretty heart-warming moments.

Update: just noticed the little boy took my phone and snapped these pics at some point pic.twitter.com/ZU7aXUi9vL

Unfortunately for Doolittle, the kid did hit an imaginary home run off of him. But this is one home run that shouldn't hurt too bad.

More from AOL.com:
Cam Newton got completely shut down by a girl in beach volleyball
Watch this college basketball player make a ridiculous dunk from the free throw line
You'd never guess it, but the dog that played in 'Air Bud' also starred in a huge 90s sitcom