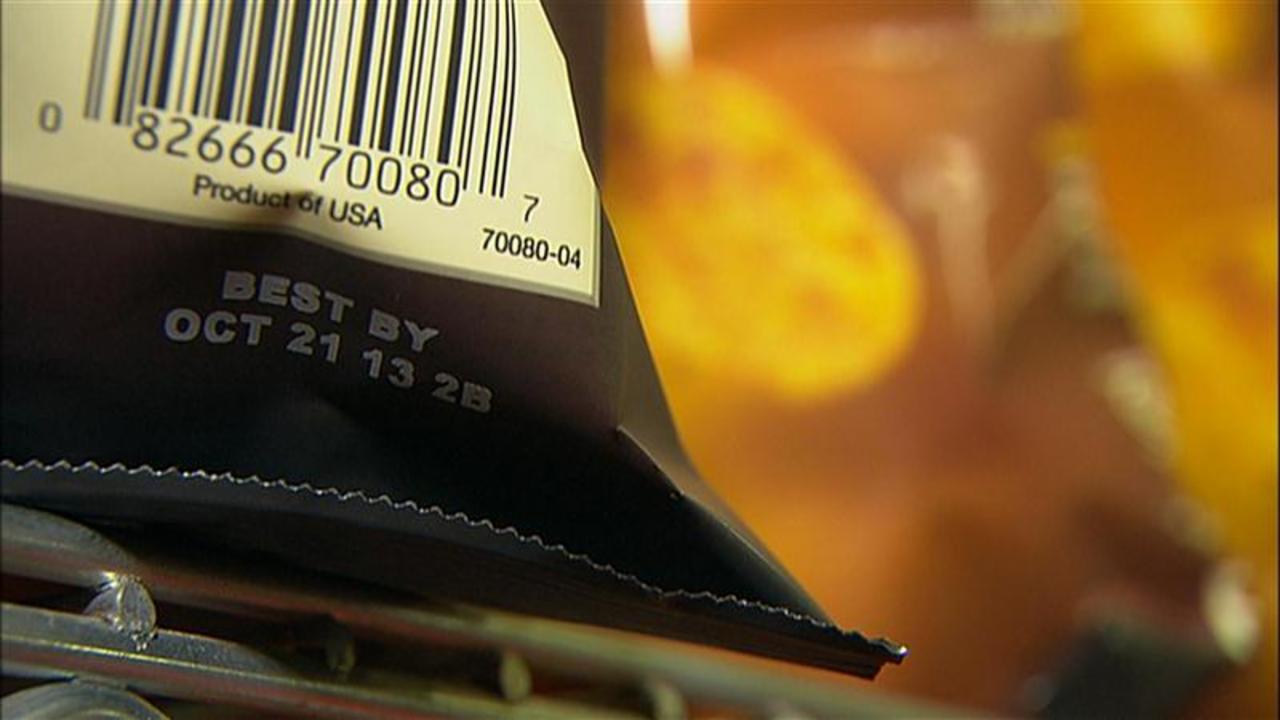 Expiration dates are a scam.

The "sell by" dates on food products aren't a reliable means of telling whether or not a food is safe to eat, according to The National Resource Defense Council. Instead, expiration dates merely indicate when a food will reach its limits for something called "optimal quality," which again is based only on a rough estimate.

RELATED: 7 foods you should buy frozen vs. fresh

7 foods you should buy frozen vs fresh

Fortunately, determining whether or not a food has gone bad is fairly straightforward, and requires just a small amount of know-how. Read on to find out if you should eat it or toss it.

Bread: It's moldy — even if the mold is just on one piece.

If you spot mold on one slice of bread, it's not safe to eat another slice — even if there's no visible mold on the rest of the loaf. Toss it.

Because bread is porous, mold can spread easily throughout the loaf, so while a piece might look safe to eat, it could contain tiny mold spores.

If a bread has become hard and dry, but has no mold, it can probably still be used as bread crumbs or croutons, since mold needs moisture to grow.

If an egg is bad, it floats in fresh cold water. If an egg is good, it sinks. You may have dismissed this tip as nonsense, but there's some solid science behind it, according to the USDA.

While egg shells seem solid, they're actually slightly porous. As an egg ages, a sac of air begins to form inside around the inside of the shell. The older it is, the more air becomes trapped inside. Once there is so much air inside the egg that it floats, chances are it's gone bad (of course, an old egg can still be OK to eat, but better safe than sorry!). Fresh eggs, on the other hand, will sink to the bottom of a bowl of water.

Fresh fruit: Its texture has changed.

If your fruit has become mushy or grainy, it's probably a sign that you shouldn't eat it, according to the Greater Chicago Food Depository. Other warning signs that a fruit has gone bad include extreme discoloring, foul odors, or wrinkly, peeling-away skin.

Uncooked meat (not prepared to be served raw): It's become slimy or sticky.

Just because uncooked meat has changed color doesn't mean it's gone bad, as the USDA points out. But if your meat is giving off a foul odor, appears slimy, or has a sticky or tacky feel, it's best to toss it.

If sliced deli meat like turkey, ham, or salami has a foul odor, throw it out; the smell typically indicates bacteria is growing inside, according to the folks at EatByDate.com. Also toss it if it has become slimy or hard, or if you notice any other change in texture. If you buy your meat fresh from the deli, make sure to eat it within three days.

Growing up, I ate a lot of homemade hummus made with extra lemon, which gave it a slightly sour taste. Store-bought hummus typically doesn't have this zing to it, so if it starts to develop a sour taste, it's probably a sign that it's gone bad, say the folks at EatByDate.com.

When most green vegetables begin to go bad, they start to lose their color or turn yellow. This is often the case with broccoli and kale, for example, but may apply to other fresh veggies as well.

Still, some vegetables, such as celery or onion, can often be salvageable. Make sure you trim off the discolored portion and then try soaking it for 10-15 minutes in ice water to refresh it, the Greater Chicago Food Depository suggests.

Milk: It gets lumpy.

The easiest way to tell if milk has spoiled is by checking for changes in texture or consistency. Chunky or lumpy milk is almost assuredly bad, but you can also look out for things like discoloration or an unclean sour smell, which happens when lactic acid in the milk starts producing bacteria.

Yogurt: It puddles (more than usual) or grows mold.

Yogurt can last a surprisingly long time (about one to three weeks) when kept sealed, thanks to its live bacterial cultures, which act as a preservative. Once those cultures die, however, mold can begin to form. Look for a larger-than-normal amount of liquid puddling on the surface (don't worry, Greek yogurt is especially prone to some puddling, but if there's more than usual that's a warning sign!), a curdling texture near the bottom, and any sign of mold. These indicate the entire product has probably gone bad, say the folks at StillTasty.com.

When it comes to cheese, perishability has a lot to do with the amount of moisture it contains.

Soft cheeses tend to spoil more quickly than hard or aged cheeses; similarly, if you spot mold in a soft cheese, you should toss the entire container. If you spot mold on a hard cheese, it's generally safe to cut off the moldy part and eat the rest, since the spores likely will not have spread throughout the cheese. Another good sign that a cheese has gone bad is a smell or taste of spoiled, sour milk. Fresh cheeses should not smell, chef Nora Singley writes in her "Cheesemonger" blog for cooking site The Kitchn.

Uncooked seafood (not sushi): It starts to smell abnormally fishy.

Fish that's spoiled will typically have a slimy flesh with a thick, slippery coating. It'll also start to have an intensified fishy smell that is stronger than it was when you first purchased it. Keep in mind that fresh fish should be eaten within 36 hours of the time you bought it.

According to award-winning chef Marcus Samuelsson, "Good olive oil should smell fragrant and fruity and taste like the olives it was made from," he writes on his website. Oil that has gone bad will often smell like motor oil or glue, according to the Daily Meal.

SEE ALSO: Here's what a standard serving size of each of your favorite foods looks like

UP NEXT: We talked to a Harvard geneticist who thinks this unlikely ingredient could end one of the longest-raging food wars once and for all