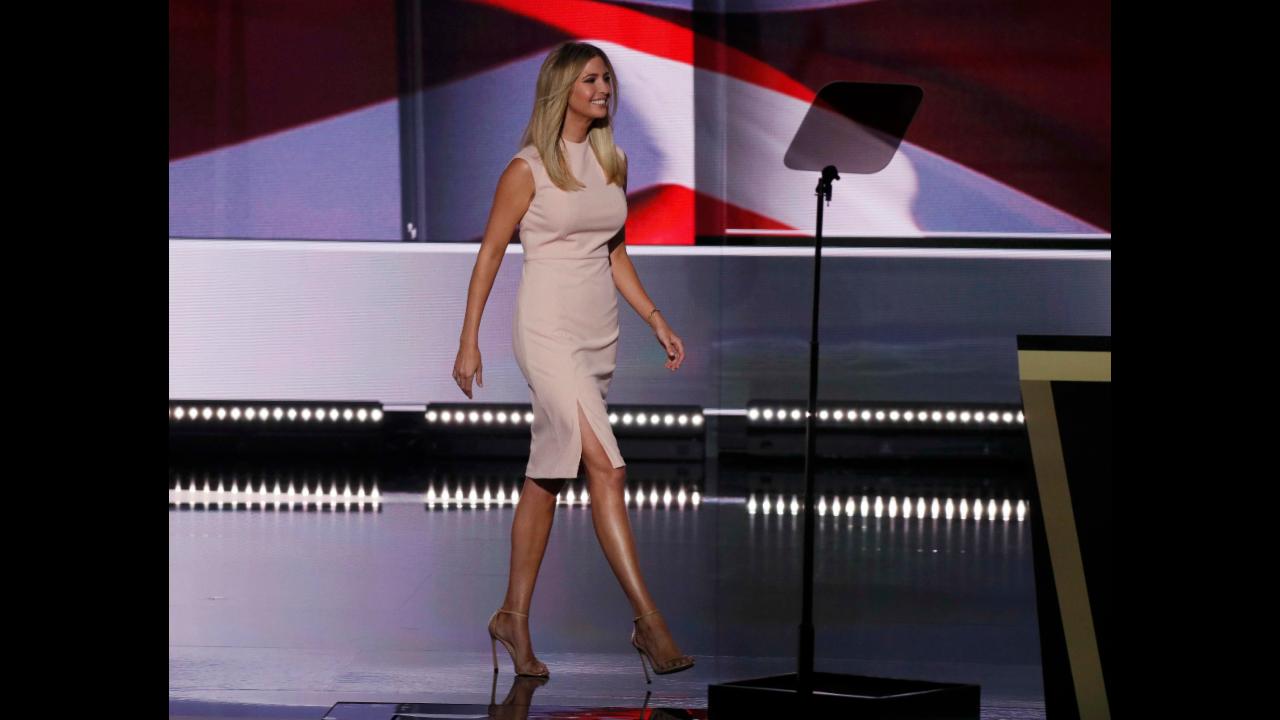 In addition to her famous last name, Ivanka Trump is known for her posh and professional personal style — and on the final day of the Republican National Convention, where she introduced her dad as the party's nomination for president of the United States, she looked polished as ever, wearing a pale pink sheath dress from her own label.

Following the speech, Ivanka tweeted a link to a similar style (also from her label) with the text, "Shop Ivanka's look." (Which may have been a first coming from a political convention — to be literally selling from the stage.) However, some eagle-eyed fans were quick to point out that the dress was not the exact dress she wore — and they were not happy about it.

not the same dress, there were no studs last night 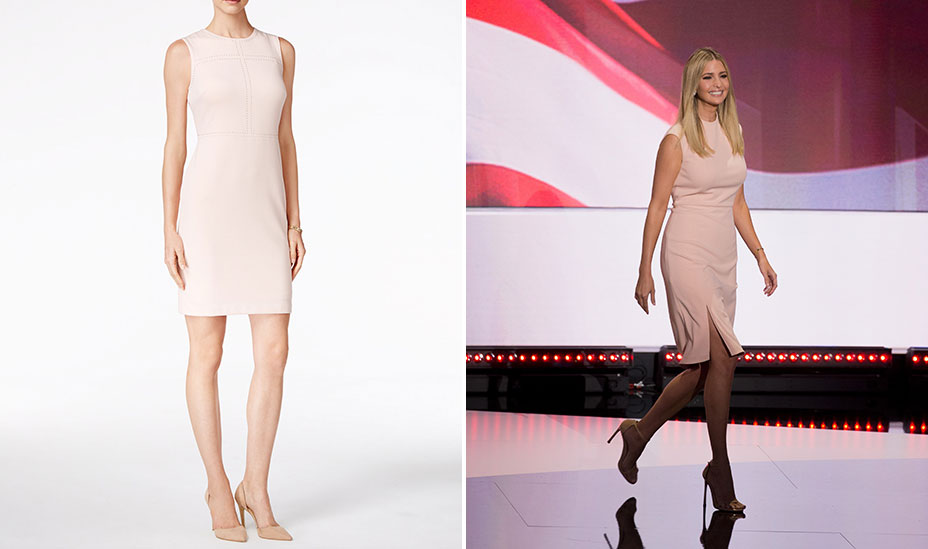 The link directed shoppers to a $138 blush-colored sheath dress at Macy's with a much shorter hemline and without the side-slit. On her blog, the 34-year-old clarified that the dress was "coming soon" from the Ivanka Trump Collection, and referred to the linked look as a "similar style."

It seems like it was a missed business opportunity for Trump. Maybe by the next election cycle, the fashion industry's popular new 'see now, buy now' phenomenon will have come to the convention floor.

Ivanka Trump through the years: