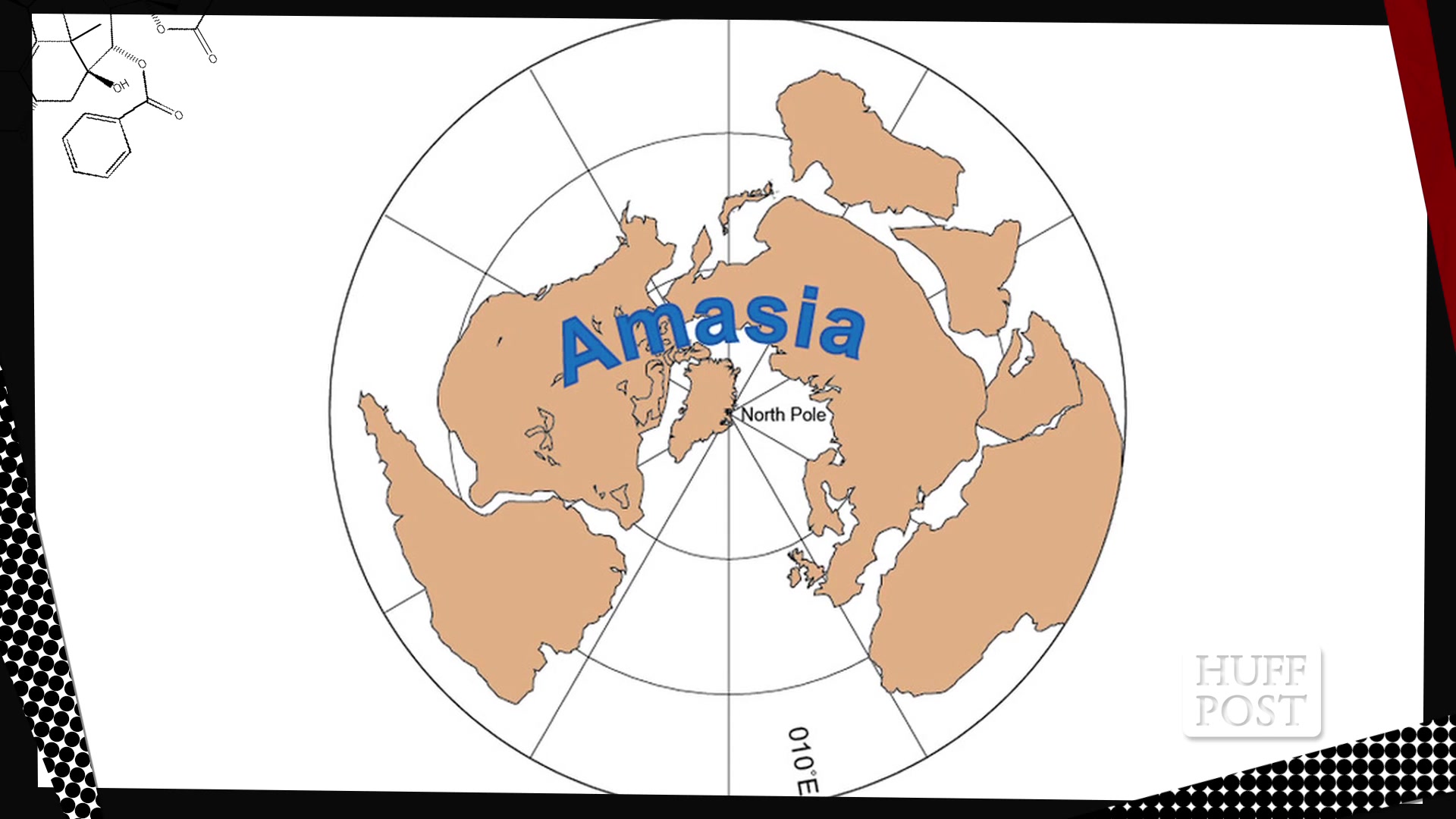 Before it split into the continents we know today, Earth was home to just a single landmass, or "supercontinent," called Pangea.

Over tens of millions of years, as the familiar story goes, these giant hunks of rock slowly split apart, breaking up at a rate of just a millimeter — a little more than the thickness of a credit card — each year.

But scientists just found out Earth didn't shift at quite the crawling, gradual pace we once thought. Instead, the move happened in fits and starts, with continents creeping apart at that single-millimeter-per-year rate for 40 million years, and then suddenly speeding up to 20 times that speed — the rate at which your fingernails grow, as the New York Times recently pointed out.

Imagine pulling apart a piece of taffy. At first, the candy might resist the forces of your hands, but as it gets stretched thinner and thinner, it gets easier and easier to pull. Suddenly, when the candy looks like it can't get any thinner, it snaps. This is likely similar to what happened with the pieces of land on our planet, according to a study published this month in the journal Nature.

"A critical point is reached when the connection between the two continents becomes so weak it can no longer resist the forces trying to pull it apart," Dr. Dietmar Muller, a geophysicist at the University of Sydney and an author of the paper, told the Times. "This acceleration is directly related to the thinning of the crust."

Below, you can see that the continents spend a lot of time moving along slowly, at rates shown in purples and blues. But suddenly in a few areas, the shifts speed up rapidly, and bursts of movement show up, highlighted in orange and red:

The researchers found all of this out by creating a computer simulation designed to show the breakups of all of the landmasses that came apart in the last 240 million years. Clicking on a hotspot like the one below lets you see that the rift velocity shot up suddenly in these areas on these dates, as the continents shifted apart relatively quickly:

The simulation lets us see that some continents split up more dramatically than others, including North America and Africa, which started coming apart pretty rapidly some 200 million years ago and remained in this fast-growth stage for 10 million years.

Watch a video created with the simulation:

NOW WATCH: Geophysicists discovered that the Moon is triggering earthquakes in California

SEE ALSO: This might be the most detailed map of the human brain we've ever seen

DON'T MISS: The ocean off the Jersey Shore looks like it's straight out of the Caribbean right now — here's why