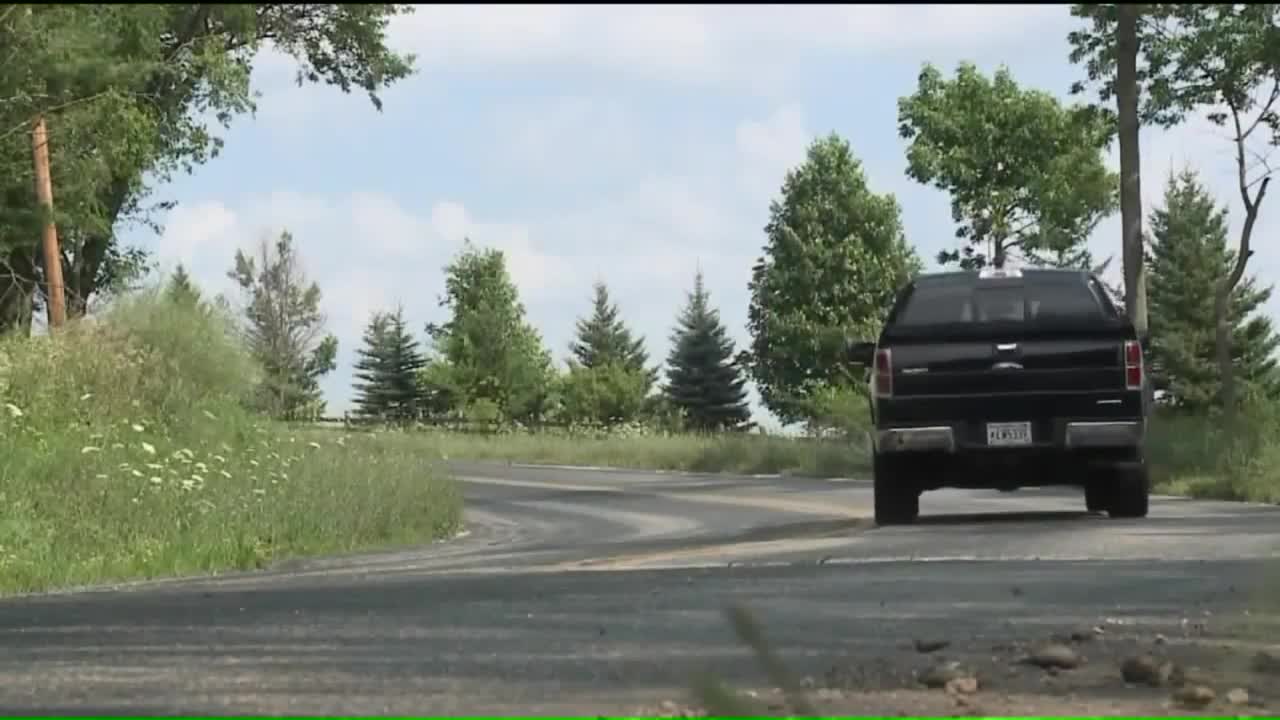 WAUKESHA COUNTY (WITI) -- Officials with the Waukesha County Sheriff's Department say two young men from out-of-state -- college football players -- were killed, and a third was hurt on Saturday night, July 23rd in a crash in the Town of Merton.

It happened around 11:45 p.m. on Beaver Lake Road near Beaver View Road in Merton.

Officials say an investigation has revealed a vehicle was traveling westbound on Beaver Lake Road when the driver lost control on wet pavement. The vehicle left the roadway and struck a tree.

Speed appears to be a factor in the crash, officials say. The crash happened in a 30 miles-per-hour zone.

Neighbors tell FOX6 News the vehicle burst into flames after striking the tree.

"You just heard a little bit of a squeal and then just a loud noise. We went all the way there and everything was on fire. It's a blind turn. A sharp turn," a neighbor, who only wanted to be identified by his first name, "Mike," said.

24-year-old Michael Sadler from Grand Rapids, Michigan was pronounced dead at the scene. He was apparently driving the vehicle.

Below is a tweet from Mark Dantonio, head football coach for the Michigan State Spartans:

He gave us all so much in so little time. Our thoughts & prayers are with him & his family. #RIPMikeSadlerpic.twitter.com/pVZbkARNi4

Our condolences to the families of Sam Foltz and Mike Sadler as well as to the Nebraska and Michigan State communities.

The Lansing State Journal reported that Sadler was entering Stanford Law School in the fall.

22-year-old Samuel Foltz of Grand Island, Nebraska was also pronounced dead at the scene. He was a passenger in the vehicle.

Foltz was a punter for the Husker football team.

Foltz was a three-year starter for the Nebraska football team and was entering his senior season of eligibility, the school said. In 2015, he was voted the Eddelman-Fields Big Ten Punter of the Year and was a first-team All-Big Ten selection.

"Sam was universally loved and respected by everyone he touched and on whom he had a positive influence each and every day," Nebraska head football coach Mike Riley said.

The time we spent with Sam was a blessing. Our team will honor his memory every day moving forward. #RIP27pic.twitter.com/nbo3P624sE

Our deepest condolences to Mike Sadler's family, friends, and everyone at @MSU_Football today.

These tweets let you know all you need to know about Sam Foltz & Mike Sadler: https://t.co/cUnNtdEvkBpic.twitter.com/p0r2MdFjPu

21-year-old Colby Delahoussaye from New Iberia, Louisiana was taken to the hospital by ambulance for treatment. He is a place kicker for the LSU football team.

The neighbor named Mike was on scene as Delahoussaye got himself out of the vehicle.

"He wasn't drinking. I didn't smell anything," Mike said.

Mike said Delahoussaye was in shock after the crash. Other neighbors came and waited until police and fire crews arrived.

"To come out here and have that happen -- it's devastating," Mike said.

Neighbors said this is the third crash to happen at this location over the past few years, and they hope something is done to ensure it's the last.

"More reflective things. Something to let people to know that`s a blind turn with no shoulder," Mike said.

FOX6 News has confirmed the three football players were in Wisconsin for the Kohl's Kicking Camp's "National Scholarship Camp" at Kettle Moraine High School in Wales. They were serving as camp counselors.

Statement from Jamie Kohl on the tragic deaths of Sam Foltz and Mike Sadler. pic.twitter.com/RE4jE5LbKk

The crash remains under investigation.