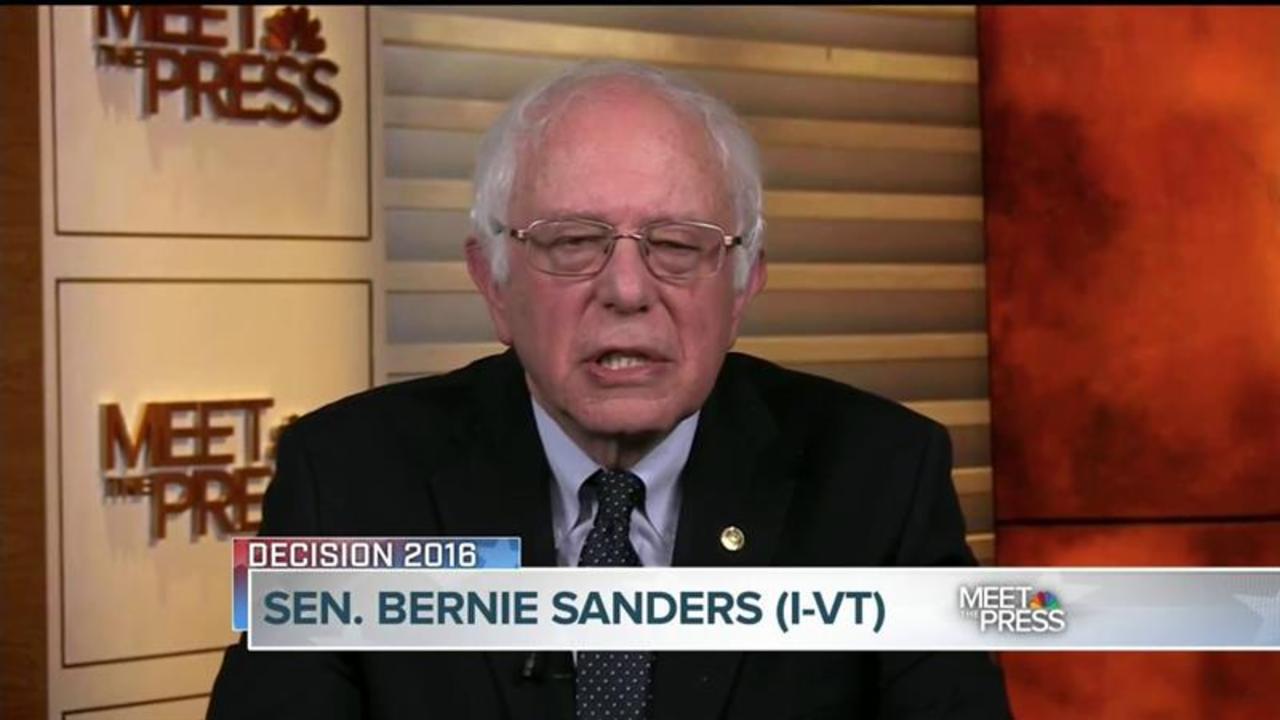 "I have known Tim Kaine for a number of years...Tim is a very, very smart guy. He is very nice guy," Sanders said on NBC's "Meet the Press."

"He is more conservative than I am. Would I have preferred to see somebody like an Elizabeth Warren selected by Secretary Clinton? Yes, I would have."