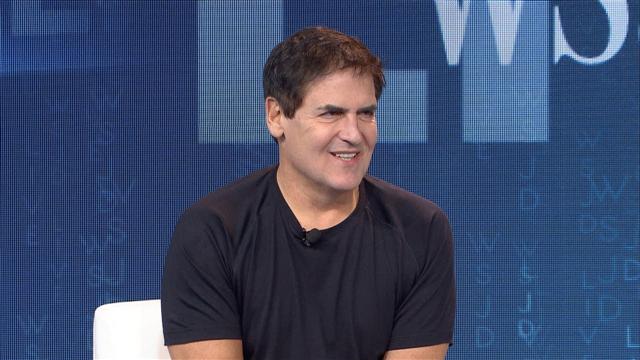 Mark Cuban likes to call Tower Paddle Boards, a San Diego-based company that sells stand up paddle boards, one of his best "Shark Tank" investments ever.

But there's another reason that makes the 11-person startup special: Tower Paddle Boards is super efficient, having achieved that growth by working only 5 hours a day.

"Mark's response was positive when I first told him about the 5 hour workday," Tower Paddle Boards CEO Stephan Aarstol tells Business Insider. "He looks at it as, 'OK, it works for your company, but it's not going to work for everybody."

Aarstol believes that a shortened workday could motivate employees to work more efficiently. And he is proving to be right through his own company, Tower Paddle Boards, which continues to expand, even after a year of rolling out the 5 hour workday. Last year, it was named the fastest-growing private company in San Diego. Aarstol has even published a book titled "The Five Hour Workday" this month.

"Our productivity just went off the charts. We're still growing and we're still super profitable. There are no downsides," Aarstol says.

The inspiration for a 5 hour workday came from Aarstol's own experience. Having run multiple startups over the past 15 years, Aarstol always felt like 8 hour workdays were outdated standards.

He felt like a lot of time was being wasted at work. By forcing people to work less hours, he saw employees getting more creative and efficient, all the while achieving the same level of work.

"Having that constraint on time forces you to come up with creative solutions. Everybody gets that with money — we're just applying that to time," he says.

So last September, after a 3-month trial period, Aarstol rolled out a 5-hour workday fulltime to his company. All 11 employees now come in to work at 8AM every morning and leave by 1PM. And despite shorter store hours, his sales numbers haven't dipped at all, he says.

Aarstol says the best thing about having a 5 hour workday is that it's a great recruitment and retention tool. Employees love it because it allows them to spend more time pursuing other activities. It ends up boosting morale and nurturing more creativity.

"When you talk about knowledge workers, it's about managing energy. How much real work gets done in a day?" he argues.

Aarstol believes his 5 hour workday idea should be applied to more companies across the whole country, which is why he published a book about it. It boosts productivity, helps hire smarter people, and creates a healthier lifestyle, he says.

"This is sort of what kind of life do you want to live question," he says. "It's a choice. We can create a world where we're off by 1PM every day. This shift is needed."

SEE ALSO: This perfect SAT scorer got rejected by the Ivy Leagues, but got on 'Shark Tank' and is now backed by Mark Cuban
NOW WATCH: 4 things you didn't know your iPhone could do