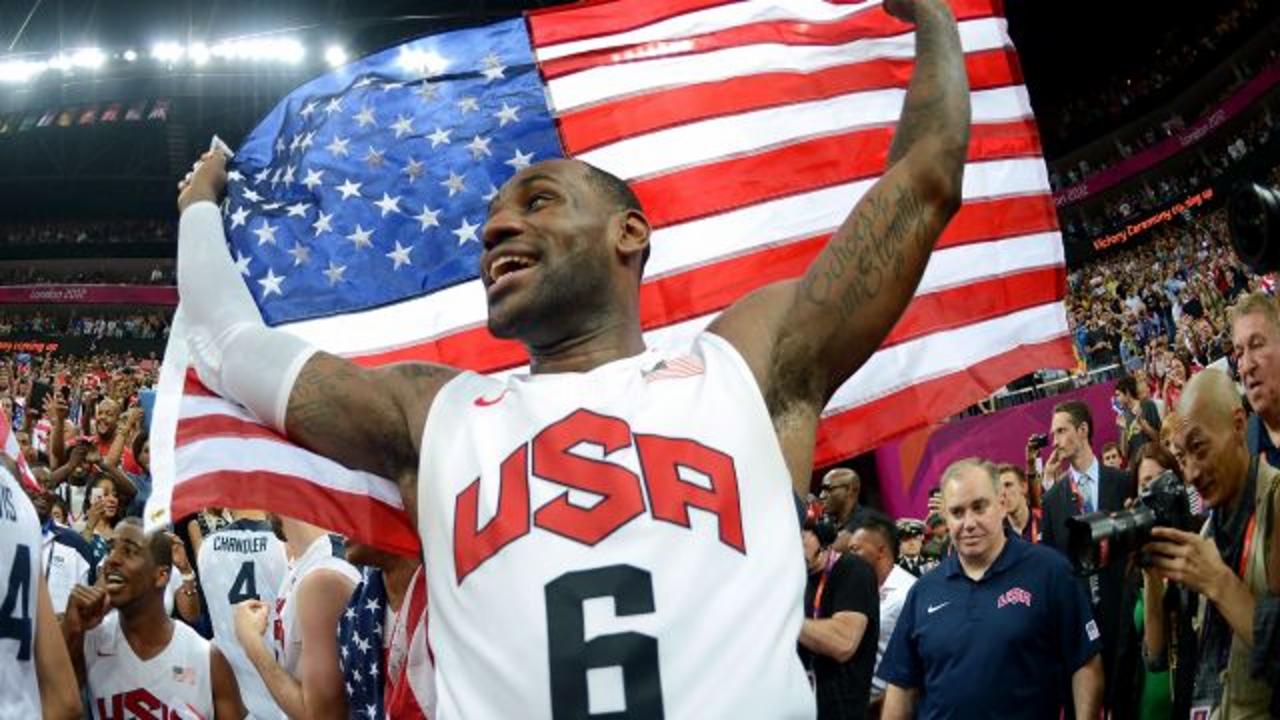 No Stephen Curry? No LeBron James? No problem. Despite missing the game's two best players the U.S. men's basketball team are still the slam dunk favorite to return home from the Rio Olympics with the gold medal.

With many top players turning down a chance to throw on the Stars and Stripes, the U.S. squad are more "B Team" than "Dream Team" but are nonetheless a frightening collection of talent capable of providing Olympic-size nightmares for opponents.

For any other country, losing nearly all of their "A Team" would cripple their medal hopes. But such is the depth of basketball talent in the United States that their absence has barely caused a ripple of concern.

It would be difficult to label any lineup that boasts former NBA Most Valuable Player Kevin Durant, 2016 NBA champion Kyrie Irving and two-time Olympic gold medalist Carmelo Anthony a "B Team" yet that will be the perception.

But the fact is even if Team USA managing director Jerry Colangelo was forced to dive deeper into the American talent pool the United States would still be expected to surface with a gold medal on the final day of Rio Games.

"We are blessed with a lot of talent here in the USA, we have the ability to withstand players dropping out for various reasons," Colangelo told Reuters in a telephone interview. "With the depth of our national team roster we were able to select a very strong team."

While Team USA will have only two players with Olympic experience, the two men at the top, Colangelo and head coach Mike Krzyzewski, bring stability and an unmatched winning pedigree to Rio.

Krzyzewski, a legendary college coach at Duke University, has guided the United States to gold medals at the 2008 and 2012 Olympics and the 2010 and 2014 FIBA World Cups.

In Olympic competition, the United States are on a 17-game unbeaten run that dates back to the bronze medal game of the 2004 Athens Olympics.

Since taking control of the U.S. national team in 2005, Colangelo's teams have compiled a stellar 75-1 record and are on a 63-game win streak that is expected to continue in Rio.

But for all the gold medals won, it is the one loss Colangelo recalls with vivid clarity when a team that included James, Anthony, Dwyane Wade, Tim Duncan and Chris Paul fell to Greece in the semi-finals of the 2006 world championships.

"That loss really had a lot to do with our preparation and mindset going forward."

It was a lesson learned. The United States have not tasted defeat in the 12 years since.

Losses on Olympic hardwood are rare for the United States, which have an all-time record of 130-5 in Games competition and will be expected to add to the win column as they chase a third consecutive gold medal.

They may not match up with the U.S. "Dream Team" from the 1992 Games that included 11 future Hall of Fame players, but the current squad possess everything needed to reach the top of podium again.

Durant was third in NBA scoring last season by averaging 28.2 points per game while DeMar DeRozan and Paul George were also in the top 10.

Guards Irving and Kyle Lowry will be the floor generals while DeAndre Jordan will anchor the defense.

The United States may not dominate the way they did in Beijing and London but there are no holes or glaring weakness.

"Our biggest rival is ourselves. If we take care of business, if we maintain our focus, if we keep our eye on the prize then all things should work out because of our talent and coaching."